“Every year Delphi looks forward to the SAE World Congress, as it provides an opportunity for the brightest engineering minds from around the world to share the latest knowledge of design applications, which essentially drives the industry forward,” said Dr. Andrew Brown, Jr., Delphi executive director, engineering competency, product, government affairs & partnerships, and Delphi Technologies.

Delphi has been developing fuel cell technology for more than 10 years, and is a leader among industry-wide efforts to bring SOFC technology to the market place.

Delphi engineers will be participating on two SAE panels:

“Electronic Engine Controls” (Wednesday, April 5, Rm. D2-09/10, 5 p.m.) Peter Olin, Delphi engine algorithm development engineer, will serve as a member of this open discussion panel that will allow for free coverage of topics that focus on technical issues and their effects.

Delphi will be presenting 27 technical papers at SAE. Four papers expected to draw high interest from attendees include:

The paper depicts a sensor technology that passively and accurately detects a driver’s blood alcohol concentration (BAC) by sensing alcohol and CO2 in air drawn from the vehicle’s cabin. Located within the sensor, a vapor concentrator increases alcohol sensitivity by using an adsorber to collect the alcohol vapor — then releases it in a concentrated burst at one-minute intervals. This gives a valid non-intrusive measure of the driver’s BAC without requiring any action from the driver.

The paper provides an overview of a study that investigates the load differences between Anthropomorphic Test Dummies (ATDs) and live human subjects in relation to various seating postures and conditions. The findings of this study revealed discrepancies of the load patterns between ATDs and live occupants, even when they are in the same height and weight category. Necessary correction factors are also recommended. This study provides a theoretical base to improve the accuracy of the weight based occupant sensing system.

This paper presents the development of a 2-step Variable Valve Actuation strategy for improved fuel economy on spark ignition (SI) engines. The system offers most of the benefit of more complex continuously variable valve lift systems at significantly lower cost and provides ease-of-packaging on new and existing engines. Simulation tools were used to optimize valve lift profiles, develop an enhanced combustion system, and improve both steady state calibration and transient control of the engine. A key emphasis of the work was overcoming challenges to maximize the fuel-economy potential of the strategy. The paper introduces Delphi’s 2-step valvetrain system, which features hydraulically actuated, switchable rocker arms, hydraulic lash adjusters, and variable cam phasers. The total system, including the engine management system and controls software, was integrated and tested on engine dynamometers and development vehicles.

This paper takes a fresh look at the switched reluctance drive as a possible prime mover technology for electro-mechanical brake applications. The paper presents a study of typical brake patterns obtained from an experimental electro-mechanical brake caliper with a switched reluctance drive. Various implementation options are examined throughout the body of the paper, such as cost savings concepts, electronic design, and control algorithms and motor position sensing.

Other Delphi papers being issued include:

Autos Are Most Recycled Consumer Product 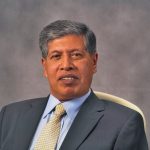 Tanjung Pelepas as an automotive hub

GM: Asian Supply Base Not Mandatory 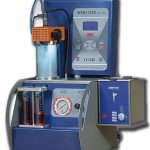