Three years after the establishment of the development partnership, the software standard AUTOSAR (AUTomotive Open System ARchitecture) is now an indispensable part of the automotive sector. The first development phase will finish on schedule at the end of 2006 with the publication of a collection of detailed specifications in “Release 2.1”. These specifications will ease the automotive industry to develop future electronics architectures for motor vehicles. The first models containing AUTOSAR elements will go into series production as early as 2008. This illustrates the decisive contribution AUTOSAR has already made to the quality of future vehicle systems and to creating room for further innovative development to take place.

Since May 2006 the results of the first three years of development work have been publicly available as the free Release 2.0 download from www.autosar.org. The specifications contain definitions of the operating system, communication, hardware abstraction and the runtime environment and can already be used in industrial applications. 40 of the total 46 work packages are complete. Software components meeting this specification are already undergoing validation tests, the results of which will be combined with the still outstanding architecture elements in Release 2.1 which will be ready by the end of the year.

Release 2.1 concludes Phase I
With the publication of Release 2.1 in December 2006 an important milestone in the AUTOSAR development partnership will have been reached. The module specification part of the standard will then be complete and there will be adequate assurance that design maturity has attained the level essential for industrial applications. This means that AUTOSAR software can be produced and integrated into automotive control units. The design configuration of the basic software has been improved compared to the earlier version so that the basic software configuration parameters from different basic software modules can be linked to each other.

Phase II starts in 2007
The scene is now set for Phase II (2007-2009). Every company which joins the AUTOSAR development partnership is at liberty to use the released specifications when realizing and marketing its AUTOSAR conform products; several forms of membership are available. Consistent with freely usable standards, the members have only released that intellectual property which is used in the specifications.

During Phase II from January 1, 2007 onwards the standard will be firmed up and expanded to include additional functions. AUTOSAR working groups will then devote themselves to subjects such as conformance tests, updating and amending the standards and technical upgrades. Completely new areas such as safety (e.g. pedestrian protection measures) and multimedia / telematics application will also be considered in the development of the infrastructure standard.
True to the motto “cooperate on standards – compete on implementation”,
all members have now established their own plans for marketing the AUTOSAR standard. By 2010 all the core partners will have implemented AUTOSAR software in their new electronic control unit or vehicle generations.

AUTOSAR has achieved significant results. Despite competitive pressures, the partners have come up with a technically mature, comprehensively documented standard which will make it easier for companies to be commercially active in the automotive sector. In particular, the initiative is encouraging firms working in the multimedia and telematics branches to take an active role in AUTOSAR.
The AUTOSAR development partnership will be giving two lecture presentations at Convergence 2006. Membership has risen from 42 to over 100 since the last event in 2004.

AUTOSAR (AUTomotive Open System ARchitecture) is a global development partnership of automotive manufacturers, suppliers and companies specialized in electronics, semiconductors and software. Since 2003, they are working together to develop and establish an open and standardized automotive software architecture. By facilitating the exchange and update of software and hardware, AUTOSAR will be an enabling technology to manage the growing electrics/electronics complexity and to improve cost-efficiency without making any compromise with respect to quality. The core partners of AUTOSAR are the BMW Group, Bosch, Continental, DaimlerChrysler, Ford, Opel, PSA Peugeot CitroÃ«n, Siemens VDO, Toyota, and Volkswagen. In addition to these companies, the about 50 premium members are playing a significant role in the success of the partnership. AUTOSAR specifications can be used free of charge by any companies that join the AUTOSAR development partnership. 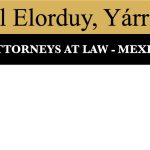