Earlier this year, Toyota announced that it would invest USD 1.3 billion to build a factory on a 1700-acre site in Blue Springs, Mississippi to produce its Highlander sports utility vehicles. The new plant, located just outside of Tupelo, will have the capacity to build 150,000 vehicles annually. Production is scheduled to begin by 2010. For Mississippi, it was another win in the race of the Southern states to grab automotive investments.

The Southern United States is being dubbed the new Detroit as investments move from the Midwest to Mississippi, Alabama, Georgia, Kentucky, South Carolina, West Virginia and Texas. Mississippi is particularly well suited compared to other Southern states due to its central location in the â€œSouthern Automotive Corridorâ€ and its proximity to Mexico. The state is also served by a key axis of the interstate system, rail systems and the Mississippi River.

In late 2000, Mississippi received its first high-profile automotive investment when Nissan North America announced it would locate a USD 930 million assembly plant just north of Jackson, near Canton. Then again in 2002, Nissan pumped in USD 1.4 billion to expand its operations in the state. This plant recently set a North American record in producing 1,000,000 autos in just under four years.

Mississippi is home to over 90 automotive manufacturing, distribution and supplier companies. These include Mazda, Cooper Tire & Rubber, Caterpillar, Delphi Automotive Systems, Johnson Controls, Tower Automotive and Visteon. There is a BMW regional parts distribution center in north Mississippi. BMW said that the state’s proximity to major transportation corridors and air transport hubs and a pool of highly qualified workers were major advantages in locating in the state. PACCAR, maker of DAF, Kenworth and Peterbuilt trucks recently announced the location of of its first US diesel engine plant in Mississippi.

Since automotive manufacturing is one of the primary manufacturing industries in the US today, attracting automotive investments is important to Mississippi. One of the reasons why the Mississippi is popular with auto companies is that the state government has worked to create an optimal business climate conducive to investment.

The state can offer companies highly specialized technical training and retraining opportunities. This is crucial to addressing every company’s need for a well-prepared workforce. The Mississippi Development Authority or MDA, the State’s lead economic and community development agency and the Mississippi Employment Securities Commission as well as the state’s community and junior colleges, and other workforce-training delivery systems coordinate efforts to make the most of every dollar available for training, retraining and education.

â€œWe have found that Mississippi’s university system and its research and development programs have been particularly important to the automitive sector for supporting manufacturing operations.â€ said Gray Swoope, Mississippi Development Authority Executive Director. â€œResearch is an important part of the industry as companies strive continuously to develop new and better-designed cars and trucks, as well as new materials and processes in the way vehicles are constructedâ€

This is all good news for Mississippi as more new jobs are created. For example, the new Toyota plant will create 2000 new jobs in the region and indirectly create work for an estimated 5,300 more. â€œWe in Mississippi and especially North Mississippi are excited to have been chosen by Toyota as its partner,â€ said Mississippi Governor Haley Barbour. â€œToyota is the world’s premiere auto manufacturer and our state will be the best partner the company has.â€

AI: How has Mississippi’s automotive initiatives been received by automotive companies?

During the past three years, Mississippi has been working hard to further enhance its business climate: tort reform; workforce training; no new taxes.

The state last year passed a list of new incentives called Momentum Mississippi that gives us the ability to compete in all sectors of today’s economy. It is a valuable element in the state’s strategic economic development plan because it opens new horizons, gives state ability to compete very successfully in the automotive sector, as well as other sectors. More importantly, companies like the flexibility of Momentum Mississippi.

But even with competitive incentives, a state must have an experienced team to attract investment. Our team is very experienced at doing competitive deals. Mississippi has demonstrated its ability to deliver both on time and on budget.

AI: How has the initiative translated into actual benefits i.e., jobs and investment into the state?

AI: Why is it important for Mississippi to attract automotive investment?

The automotive industry represents one solid sector for future growth. The state of Mississippi researched what business and industry look for and matched it to the resources that communities in the state have to offer. From this, the state targeted fifteen specific industry sectors to actively pursue. The Automotive sector is one of those fifteen.

The automotive industry offers a good return on investment. For the Toyota project, the state of Mississippi compiled an incentive package totaling USD 296 million, which included the site and site preparation, infrastructure improvements and job training and recruitment. As a result, Mississippi anticipates state tax revenues of roughly USD 235 million from the facility over the first 10 years of operations. With an annual payroll estimated at USD 328 million, the state will benefit further from sales tax and other revenue as the money turns over in the communities.
Based on Toyota’s commitment, the project will create 2000 direct jobs and another 2000 supplier jobs. It should be noted that Toyota has a reputation of under-promising and over-delivering.

AI: What are advantages your state can offer automotive companies?

As we mentioned before, Mississippi offers a fair legal climate, low taxes, a skilled workforce, available land, workforce training and a dynamic, pro-business climate. The state has also streamlined regulations, both environmental and labor.

Mississippi is competitive in the incentives that it offers. Each project is approached through a consultative selling process that allows us to determine the company’s primary drivers. Once we determine that the project would be a win for both parties â€“ that is when incentives come in to play. Incentives cannot make a bad deal good â€“ but they can make a good deal better. We offer incentives that positively impact the company’s bottom line including creative finance programs and incentives tied to attracting quality, highly-skilled jobs.

In their own words, the primary reasons Toyota selected north Mississippi was the quality of the workforce and the leadership in the communities.

Mississippi offers an experienced, engaged workforce with a good work ethic. The civilian labor force, which exceeds 1.3 million, is both motivated and productive. These workers are experienced in assembling and building quality products ranging from automobiles, ships, aircraft and furniture to defense weapons

Mississippi’s Workforce Training Program is customized to meet clients’ needs and is offered at little to no expense to the client. One-Stop Centers throughout the state enhance career development and training. 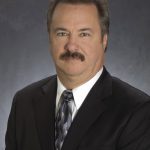 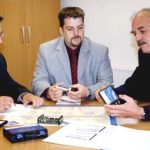 Taking the mystery out of FlexRay