As the North American automobile industry scrambles for financing to cope with the recession and restructure for a market buying more smaller, lower-margin vehicles, KUKA Systems is demonstrating how greater supplier financial participation might be one solution.

KUKA is the body-in-white manufacturer at Chrysler’s successful Toledo Supplier Park that builds the Jeep Wrangler. The supplier park – three supplier-operated plants and a Chrysler finishing plant – can build a vehicle with less labor than any other assembly plant in North America. According to the annual Harbour Report, it takes 13.57 labor hours to build a Wrangler in the park, or 1.5 hours fewer than the next most productive plant, and a 38% improvement over Toledo’s first year of full production in 2006-07.

For the KUKA plant, most of that improvement was a function of optimizing an entirely new operation. “In 2006, we took a brand new building with brand new tooling, brand new product, brand new work force (although over half were Chrysler retirees with over 30 years’ experience) and a brand new process (except for our own KUKA production processes) and integrated it all in the last half of 2006 with absolutely no scripting or guidelines to follow. In 2007 we were able to refine the process,” says plant manager Jake Ladouceur. Further productivity gains will come in smaller increments through automation or process improvements suggested by the plant’s layered process audits. Routine product adjustments, like changing a part or adhesive, also provide a chance to reassess processes.

The KUKA plant has met or exceeded every metric and benchmark monitored – including delivery and quality targets – in every month since production began in July 2006. Downtime is negligible. Of late, the plant has been enjoying a 97% first time capability rate. “That means 97% of our cars pass inspection and go right through to the paint shop without requiring secondary inspection or reprocessing work,” says Ladouceur. The current target is 90%. When production began, it was 85%, “but we have put more pressure on ourselves to ensure a perfect vehicle.”
KUKA’s presence – and the high degree of automation it introduced – has the full support of its unionized work force and the local leadership of the United Auto Workers Union. “The quality and dedication of our work force at Toledo is simply exceptional,” says Ladouceur.

The possibilities raised by KUKA’s success at Toledo are intriguing enough that just about every major automaker, domestic and foreign, has toured the highly automated KUKA plant, which is a rare third-party-owned, body-in-white plant at a major auto assembly facility. Versions of the supplier park model have been tried over the past decade with varying results, but KUKA and Chrysler believe that Toledo is the success that proves the model. “The concept is no longer a concept, it’s a reality and the positive movement for KUKA has been outstanding,” says Ladouceur. Toledo allows KUKA, a world leader in industrial automation equipment and systems, to demonstrate its competency in managing body-in-white manufacturing and showcase virtually all of its latest technology.

KUKA Systems mostly builds body-in-white operations for automakers who then manage them. It’s in the process of supplying a body-in-white assembly line for Ford’s Cuautitlán assembly plant in Mexico that will build a North American version of the popular Fiesta. The Ford installation is slated for handover to the automaker in June.

KUKA didn’t originally own its operation in Toledo. Back in 2004, when the project was launched, Chrysler was part of DaimlerChrysler. KUKA had financial backing for its participation in the supplier park, but when Daimler sold Chrysler to Cerberus Capital Management in 2007, that backing was withdrawn. KUKA chose to buy its Toledo plant rather than relinquish the contract. The investment has been a success, so much so that with North American automakers scrambling for capital to consolidate and retool so they can manufacture cars to replace out-of-favour sport utility vehicles and light trucks, Ladouceur believes KUKA would strongly consider participating in similar pay-for-production ventures for the right vehicles.
At Toledo, KUKA’s collaborators include a Hyundai-Mobis subsidiary that assembles the chassis, Magna Steyr operates the paint shop and Chrysler performs final assembly. Each has its own building. KUKA’s 342,000 square foot production floor can produce 35 cars an hour, or about 150,000 per year at the current rate. The plant has a robot-to-human-operator ratio of about 2.5:1. The assembly line is equipped with 245 robots that work two nine-hour shifts per day – compared with 98 employees per shift on the shop floor. The plant’s work force, including managers and administration, numbers 229. Each body of the Wrangler two-door model has 203 parts and requires 2,200 welds, while the four-door has 240 parts and requires 2,400 welds. The largest number of robots – 166 – perform welding with servo weld guns and DC mid-frequency welders. Another 68 robots, two with tool-changing capability, are used in materials handling. Eleven do hemming to complete all closures.

First, the right hand and left hand body sides are assembled and then married to the underbody and then the windshield, doors, rear swing gate, hood, fenders and hang-on parts are added. The plant uses a sophisticated quality control system to assure the proper fit and finish of the adjacent body panels on each unit. Perceptron’s AutoFit system inspects the complete body-in-white unit, measuring more than 100 key points for gap and flushness.

Under KUKA’s Toledo pay-for-production contract, Chrysler is responsible for the delivery of the stamped parts to KUKA. The price KUKA receives for finished units reflects the amortization of capital, facilities, tooling and human infrastructure. The smallest Jeep with a 94.5-inch wheelbase, the Wrangler was restyled to coincide with the launch of the Toledo Supplier Park. It is a strong seller, and one of three vehicles for which Chrysler says it has an all-electric model under development.
“The Wrangler has been around for almost 70 years including a world war,” says Ladouceur, a Canadian who has extensive body-in-white experience with Chrysler in Windsor, Ontario before joining KUKA. “I hate to use the word iconic because it’s used too often, but the Jeep Wrangler is one of the most enduring cars in the world along with the Volkswagen Beetle, and it’s going to be around for a long time!”
Rapid North American growth

The financial and operational success of KUKA Systems’ Toledo body-in-white plant building Jeep Wranglers mirrors strong growth by the company in North America, where its business has been growing by 12-14% annually. Larry Drake, president and CEO for North America sees continued opportunity in the auto industry’s current rationalization and restructuring.

AI: How has the current depressed state of the North American auto industry impacted KUKA Systems’ ability to sell automation solutions to the industry?

Drake: We’re reverse-cyclical from what the norm would be. We build the system that builds the cars. Whether you build one or a million, you need a piece of equipment to do it. When the automotive companies or OEMs are in trouble as they are now, they need product that sells, and if their current product isn’t selling, they need different equipment to make a new car. So in reality when car sales are down our business actually goes up. What we sell are one-offs tied to new model releases.

AI: So there will be a lot of opportunity for KUKA in North America with automakers shifting production to new vehicles?

Drake: Correct. To put a global perspective on that, KUKA is a global company and most of what I would call fuel efficient vehicles are built in Europe right now. Those vehicles are now coming to the States at a faster speed, and since KUKA built the equipment over in Europe with our colleagues in Germany, we pretty much have the project management team to move over here and implement them quicker because we have that background and knowledge of the product.

AI: Does the success of Toledo make it more interesting to contemplate similar kinds of financial investments in running your own pay-for-production sites.

Drake: Yes, with the right product and partner. Toledo has been a better success than we had anticipated but so is the Wrangler – so it’s partly a function of the volume of the vehicle. 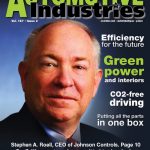 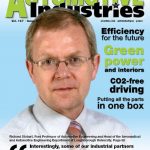 Centre of excellence for education and research 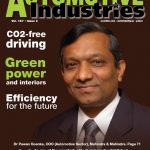 A microcosm of India