Skip to content
President Barack Obama - â€œWhat is significant about the program is that it seems to be a win-winâ€. 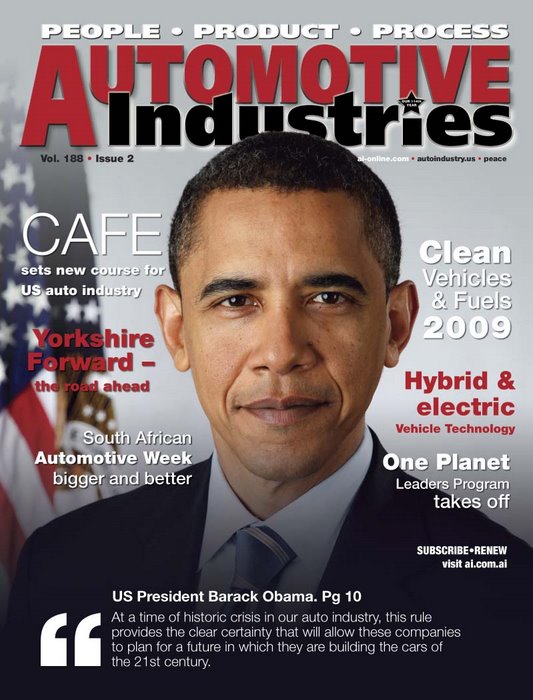 The US auto industry has been thrown both a life-line and challenge by President Barack Obama’s plans for tighter fuel and emission standards which, he says, will put the United States on the road to a cleaner environment and better fuel efficiency.

For US-based car makers, this could prove a life-line. They are in the best position to take advantage of what will become global changes in technology as the world’s biggest car market adopts new technology and standards. Older technology, and those brands which cannot meet the standards in time, will be forced out of the market. This, in turn, should put US car makers in a stronger position as Europe and the rest of the world adopt tougher environmental standards and the inevitable rise in oil prices forces motorists to look for more efficient vehicles.

Making the announcement while surrounded by leading members of Congress, the industry and the auto workers union, Obama said: “At a time of historic crisis in our auto industry, this rule provides the clear certainty that will allow these companies to plan for a future in which they are building the cars of the 21st century”. Obama described the setting of one national standard as “a historic agreement to help America break its dependence on oil, reduce harmful pollution, and begin the transition to a clean energy economy.” The standard aims to create a US car and light truck fleet that is almost 40% cleaner and more fuel-efficient by 2016 than it is today. The overall fleet average would have to be 35.5 mpg by 2016, with passenger cars reaching 39 mpg and light trucks hitting 30 mpg under a system that develops standards for each vehicle class size.

Manufacturers would also be required to hit individual mileage targets.

It is estimated that the US will save 1.8 billion barrels of oil through 2016 – the environmental equivalent of taking 177 million cars off the road. But, it is likely to add $1,300 to the prices of vehicles by 2016. Obama countered with “the cost of driving these vehicles will go down as drivers save money at the pump.” For the industry, the standards provide a common focus and goal as it restructures itself in the wake of the local and global financial crisis. “Automakers will take relatively easy steps right away to increase fuel economy as much possible…what the new CAFE (corporate average fuel economy) rules will increase is the penetration of traditional, lower cost technologies,” says Eric Fedewa, head of powertrain forecasting at CSM worldwide.

The challenge is to develop those technologies: “President Obama’s new plan accelerates the new fuel economy standards passed by Congress at the end of 2007 by four years. What is significant about the program is that it seems to be a win-win. The States, namely California, have gotten what they wanted as far as mileage and emissions standards; and, the auto manufacturers finally have one set mileage standard they must meet. It’s no longer a moving target,” commented Cecil Bond Kyte, Chairman and CEO of Save The World Air.

There is also a boost for alternative power sources: “With this action and President Obama’s pledge to put 1 million plug-in hybrids on the road by 2015, we are off to a good start,” said Boschert, author of Plug-In Hybrids: The Cars that Will Recharge America. “Now we need to put the pedal to the metal and exceed those goals so we can rapidly get our country’s transportation off of oil and reduce the climate crisis.”

The plan must still clear procedural hurdles at the Environmental Protection Agency and the Transportation Department. These are likely to be overcome relatively quickly as the plan has wide support, which includes the auto industry. “We’re all agreeing to work together on a national program,” said Dave McCurdy, president and CEO of the Alliance of Automobile Manufacturers.

“A national standard will avoid a ‘patchwork’ of several conflicting standards at the federal and state level,” said Bob McKenna, Motor & Equipment Manufacturers Association (MEMA) president and CEO. “The supplier industry is committed to policies that enable the introduction of new technologies necessary to support sustainable mobility and cleaner, more fuel efficient cars and trucks. The interconnectedness of the motor vehicle industry necessitates the need for consistent policies, regulations and standards so that all stakeholders can more effectively incorporate more ‘green’ technologies into the nation’s fleet.”

The auto industry will be required to ramp up production of more fuel-efficient vehicles on a much tighter timeline than originally envisioned. As important as the design of the US vehicle for the future is anticipation of what the market will be buying. Fedewa believes the changes will make pickup trucks so much more expensive that they will be used almost exclusively for work. And instead of a minivan or SUV, more parents will haul their families in much smaller vehicles with more rows of seats. “I think what you’ll see is a lot more creativity in interior packaging. You’ll get more rows of seats where you traditionally had cargo space.”

While there has been criticism of the regulations from some lobby groups, the bottom line is that “the President brought all stakeholders to the table and came up with a plan to help the auto industry, safeguard consumers, and protect human health and the environment for all Americans,” said Environmental Protection Agency Administrator Lisa P. Jackson. “A supposedly ‘unsolvable’ problem was solved by unprecedented partnerships. As a result, we will keep Americans healthier, cut tons of pollution from the air we breathe, and make a lasting down payment on cutting our greenhouse gas emissions.” 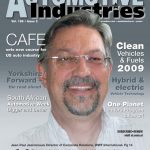