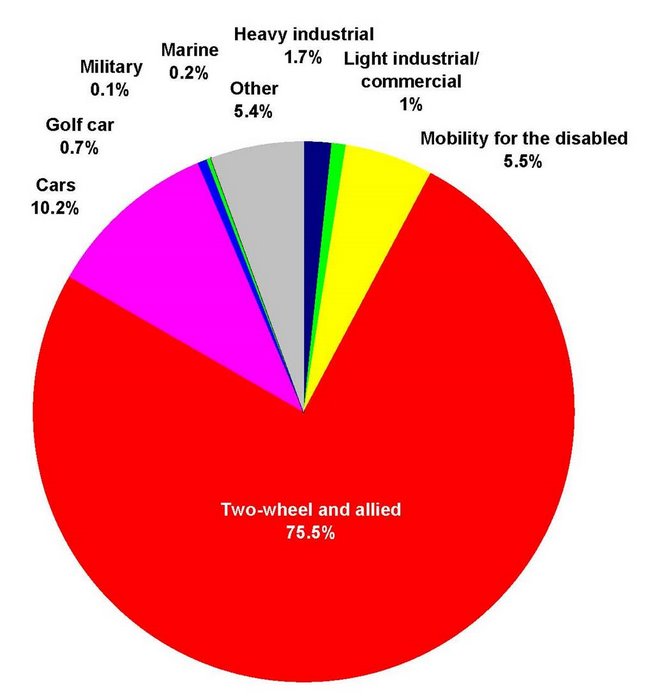 From December 7th to 8th, 2010, the Future of Electric Vehicles event will be held in San Jose, California. This is the world’s only event that covers all forms of electric vehicles – land, water, and air. Uniquely, it concentrates on the potentially disruptive breakthroughs in the future include radically new materials, components and forms. The total market for electric vehicles is about double that for cars and will remain so as the total market almost quintuples in the next ten years.

The two day event is expected to attract electric vehicle manufacturers looking to diversify and make vehicles for many uses. And components and subsystems suppliers who are looking to make their products available for as many vehicles as possible. Others expected to attend include electricity suppliers, regulators, analysts and investment experts assessing the whole market while others miss most of these aspects. On the technology front, the exhibition will highlight research efforts, challenges and future breakthroughs.

The Future of Electric Vehicles event will include conferences and master classes that will deal with issues facing the industry. Topics include the global picture of the electric vehicle and parts market, the growth of markets for all forms of EVs over the next decade. Other issues that will be tackled include how component supplies are finding high margin niches and even helping to create new forms of hybrid and pure electric vehicles. Also highlighted will be the opportunities for new materials and smart body work based on printed electronics and electrics and self-powered sensors.

Another major issue that will be highlighted at the exhibition’s conferences will be East Asia’s leading role in the EV market. Countries like India and Korea are fast becoming important players. Already Japan is a world leader in the EV market and China is emerging as the largest potential market for EVs. â€œIt holds 66 per cent of the manufacturers of electric vehicles. Over 90 per cent of the world’s electric vehicles are made in China, mainly for use in China. It mines and controls 95 per cent of the world’s rare earth reserves used in the hybrid car batteries, motors and other key components of today’s electric vehicles. Find out what’s happening in East Asia and hear about who the main players are in the different industry sectors,â€ says IDTechEx Ltd, the exhibition’s organizers.Â

One of the other critical issues that will be highlighted at the Future of Electric Vehicles USA event will be energy harvesting options ranging from solar cells on the whole vehicle to shock absorbers and thermoelectric harvesting from the engine and exhaust in hybrids. On display at the exhibition will be energy harvesting and management solutions of the future and third generation batteries, super-capacitors and other storage devices. â€œProgress of the electric vehicle industry will be transformed by breakthroughs in both design and technology. Many will appear in other electric vehicles before they appear in cars. For example, laminar traction batteries and extensive energy harvesting are already seen in electric aircraft, multiple energy harvesting is used in Autonomous Underwater Vehicles and zinc air traction batteries will first appear in e-bikes. Those supplying components and subsystems wish to supply to as many sectors as possible. Those manufacturing electric vehicles increasingly make versions for many uses. Those supplying electricity, regulations, analysis, investment and other services must assess the total picture,â€ says IDTechEx Ltd.Â

AI: What is the range of services IDTechEx offers? Such as consultancy, market research and events?

AI: Tell us about the Future of Electric Vehicles USA event and what impact it will have on the EV industry. Why is this exhibition so important today?

The event reflects the trend from existing designs of car and bike being electrified to a far broader range of vehicles becoming electric and being completely rethought to optimize the benefits. This means vehicles for land, underwater, on the water and in the air. It means military and non military vehicles with best practice being shared between them. We bring all these people together for the first time and add those new to electric vehicles that have a vital future contribution such as companies that can print the electronics and electrics, saving weight, space and cost.

AI: What are some of the trends in the batteries and energy storage technologies?

Lithium batteries are even appearing in forklifts to reduce size, improve performance and reduce maintenance. Lithium iron phosphate batteries are gaining market share. Lithium polymer battery construction is now seen in land, sea and air vehicles for safety, light weight and pressure resistance. Third generation batteries packing far more power were said to be over ten years away but lithium sulfur ones have appeared in electric aircraft – surprises happen in this industry. Ultracapacitors are getting better and their function is not being subsumed by the newer lithium ion batteries. Supercabatteries are on the way. Fuel cells are finding a few uses: they have a toehold.

AI: What are some of the issues facing EV manufacturers and EV component suppliers?

It is now vital to look at the big picture. EV manufacturers need to consider a variety of vehicles that leverage their particular skills. Far too many of the 100 lithium traction battery makers prioritize cars and not the huge number of more profitable, less competitive niche applications. Most of the battery and other component suppliers prioritizing sale to the big car companies will go under. They should specialize, including looking at non traction applications such as the supergrid and charging stations. From cars to planes, fly-by-wire is moving to fly-by-wireless and everything is devolving to the outer parts of the vehicle. For example, photovoltaics and even batteries in the skin of the vehicle, in-wheel motors and energy harvesting from shock absorbers and body flexing and printed lighting clusters gathering their own power. Electric aircraft will take off using electric motors in their wheels which regenerate electricity on landing.

AI: What makes East Asia such an important hub for EVs?

Low cost manufacture, lots of people who are increasingly prosperous, great problems with local pollution and, in some countries, great creativity and a long term approach, consistency of purpose. Desire to leapfrog the West.

AC PROPULSION AND PERAVES SIGN LETTER OF INTENT TO DEVELOP E-TRACER FOR U.S. MARKET
Share Your News with Ai