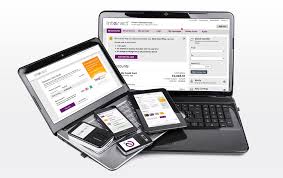 Consumers and the retail motor industry are demanding a digital revolution of the auto sector by calling for an overhaul in the way that car finance is applied for and managed, new research reveals.

The study, commissioned by financial technology firm Intelligent Environments, reveals that nearly half (48 per cent) of British consumers who own cars on finance say that finance is one of the most difficult things about buying a new car. Over a third (32 per cent) have also been put off buying a car due to the lengthy finance process.

The way in which consumers currently manage their car finance plans is also still stuck in the pre-digital age, with over half (56 per cent) saying they’d like to manage their finance plans online and just under half (48 per cent) saying they’d like to sign up to car finance online. Reasons for this included wanting more visibility of their online finances (51 per cent) and being able to pay off their car quicker (44 per cent).

Despite consumer demand, a separate survey of senior decision-makers within the retail motor and car finance industries conducted by Intelligent Environments reveals that the leasing industry is behind when it comes to consumer-facing digitisation. Only a quarter (25 per cent) of the industry has started to digitise loan applications originated by consumers, compared to nearly half (44 per cent) when it comes to loan applications originated by dealerships.

Furthermore, digitising finance processes has proven to be rewarding, with the same survey finding that almost three quarters (74 per cent) see increased digital engagement as being a significant factor in encouraging purchases of new vehicles at the end of initial agreements.

The way in which we research, shop and buy cars has become increasingly mobile, with J.D. Power’s 2015 New Autoshopper Study finding that 51 per cent of new vehicle internet shoppers use a mobile device to digitally conduct automotive research to help them find the right vehicle. Additionally, Google recently revealed that nearly three quarters (73 per cent) of car buyers are more likely to purchase finance in a dealership after getting information online. This change in behaviour has allowed for advanced innovation in the U.S. automotive purchasing sector, where disruptive firms like Carvana are revolutionising the industry by providing quick, easy and personalised service.

Intelligent Environments believes that the auto finance industry needs to harness these habits and move into the digital age, meeting the consumer demand to keep up with the competition.

David Webber, managing director of Intelligent Environments, said: “Consumers do everything digitally – researching, browsing and now buying cars and car finance. The current auto finance application and management process involves a lot of paperwork which can be time and energy-intensive, so it’s no surprise that the competition – disruptive new companies that offer cars and finance with a click of a button – have the potential to overtake the traditional providers.

“It’s not just consumers that are clamouring for this – as our survey of senior decision makers in the retail motor and car finance industries shows, digital engagement encourages loyalty and purchases of new vehicles. If traditional car finance providers want to survive the growth of new competitors, they need to listen to consumers, answering their requests for an overhauled application and management system.” 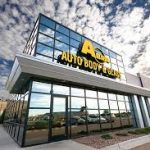 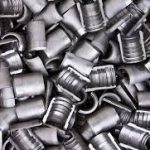 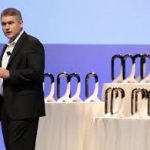 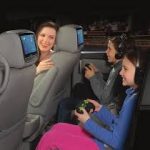 EVO, the Next Generation in Automotive Rear Seat Vehicle Infotainment