WASHINGTON, DC, Nov. 22, 2005 – In a speech before the Business Roundtable, Ford Chairman and Chief Executive Officer Bill Ford talked about the energy and manufacturing challenges facing our country and how industry and government can overcome them by investing again in American innovation.

“Now, more than ever, with the competitive pressures of globalization, America needs to respond to the economic challenges of our time,” said Ford. “This is not the moment to stop investing and concede our competitive edge in vital parts of the economy. Just the opposite, we must take the lead and show the world that there is only one, true innovative manufacturing giant. And it has three distinct initials: U.S.A. ”

He said that other countries have made manufacturing important enough to make it a national priority and called upon the US to do the same. “It ultimately means more jobs, more tax revenue, and a position of strength and leadership in the world.”

The Ford CEO outlined six cooperative measures between industry and government that America can take in the short term that will “bear fruit for years to come.” The six measures include:

Urging Congress to invest in America and dramatically increase the R&D tax credit to more directly support companies working on advanced vehicles, components, and fuel technologies.
Challenging Congress to consider tax incentives to help American manufacturers convert existing, but outmoded plants, into high-tech facilities.
Calling for investment in the American workers who build the advanced technology products with training programs and incentives to upgrade worker skills, helping us move into the future while preserving American jobs.
Pushing governments at all levels by 2010 to consider buying only hybrids or other alternatively fueled vehicles.
Expanding the infrastructure for ethanol fuels, so we can go from hundreds of fuel stations to thousands.
Convening a group of automakers, suppliers, fuel providers and government agencies to address America ‘s energy challenges.

“I believe that with the right investments, America and the American manufacturing sector, can win. It can maintain its leadership stature in the world. And we can reduce our dependence on foreign oil. All at the same time. But we can’t get there alone.”

Ford said it is difficult to conceive of any issue that touches more of our lives than energy. “It drives our mobility, our appliances and our choices about how far we can live from our jobs. It affects our environment, our national security and our household budgets. And when the price of gas goes up to $3 a gallon, as it did just a few months ago, all Americans feel it in their pocketbooks. And from where I sit, as Chairman of Ford Motor Company, it affects the decisions I make every day.”

Ford noted that when he became CEO in 2001, he made a conscious decision to invest in new products that were more fuel efficient. “I believed back then that the days of cheap gasoline were numbered. That led to the creation of the world’s first hybrid-electric SUV, the Ford Escape, and inspired our decision to build up to 250,000 hybrids a year by 2010.”

He reminded the Business Roundtable audience that despite recent industry challenges, domestic auto manufacturers are still the foundation of the auto industry in this country. “We still employ nearly 90% of the workers in our industry. And since 1980, we’ve made more than 85% of the total investments in the U.S. auto industry, $175 billion.” 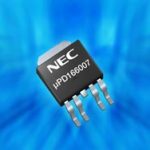