South Korean car maker Hyundai which is mulling the construction of a new plant in the Czech Republic can count on investment incentives similar to those granted to Toyota- Peugeot-Citroen Automobile TPCA for its plant near Kolin, Central Bohemia, Industry and Trade Minister Milan Urban told CTK today.

Incentives should make up 15 percent of the investment put at CZK 35-40 billion.

Urban said representatives of Hyundai will arrive in the Czech Republic for talks on conditions of the plant’s construction and buyout of land on Friday.

CzechInvest spokeswoman Jana Viskova said Hyundai representatives would not come due to bad weather and that “talks are being held about a possible other date for their (Hyundai managers’) visit.”

Hyundai Motor Company, the world’s 7th largest car maker, wants to build a new plant in Europe for up to CZK 40 billion and with annual capacity of 300,000 cars.

The company would create 3,000 new jobs directly and another 9,000 indirectly among subcontractors.

Besides tax relief, Hyundai can count on money for creation of new jobs or purchase of land. The government would also invest in transport infrastructure, housing construction, education and health care.

Hyundai management said earlier that the Czech Republic remains a favourite candidate for the project.

“We are holding talks on public support and on what industrial zone will be picked as the plant’s location,” said Urban.

BMW decides to locate its assembly unit near Chennai 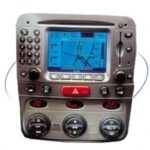