Skip to content
The Central American Free Trade Agreement (CAFTA) which was ratified by the US in 2005, this year comes into effect on January 1, 2006

The Central American Free Trade Agreement (CAFTA) which was ratified by the US in 2005, this year comes into effect on January 1, 2006.

‘By raising the level of marketplace competition and lowering barriers to trade, today’s agreement benefits economies both at home and abroad. CAFTA empowers American businesses to contend in the global marketplace, and ensures commerce flows fairly and freely between member nations. Increased trade cements ties between countries, and in turn will bolster the budding democracies throughout Central America,’ says William H Frist (R-TN), the US Senate majority leader.

CAFTA will remove trade barriers and reduce tariffs on products sold by the signatories – the US, Costa Rica, the Dominican Republic, El Salvador, Guatemala, Honduras and Nicaragua. Between them, the seven countries do $33bn worth of business annually.

US president George Bush promised manufacturers and politicians that CAFTA would throw open investment opportunities to US companies in Central America and simultaneously increase US exports. While six countries have ratified CAFTA, the Costa Rican Congress is reviewing it for final approval.

Automotive Industry
Even though the pact has given the US Automotive Industry the jitters, what CAFTA gives to local manufacturers is the opportunity to be more competitive. The region provides an excellent option to produce or outsource components, subassemblies, and software in a near shore location, especially nowadays where strong international competition means cheap imports.
Local automotive manufacturers could benefit from shifting less competitive production processes to Central America and take advantage from its skilled and quality oriented labor force at competitive costs. Wages in these countries average between $1 to $2 per hour – compared to the $27 workers are paid in companies like GM.

The combined CAFTA market for automobiles is estimated to be around 1,258,500 vehicles annually. CAFTA is expected to bring down tariffs by as much as 20%.In El Salvador, for example, where the annual vehicle market stands at 163,400 units, CAFTA is expected to bring down import duties by 1 to 20%. The government of El Salvador is currently looking to increase its public transport fleets by infusing $10m.

In Guatemala, 256,300 vehicles are sold annually. Most of the vehicles bought, tend to be second-hand, bought directly from US auctions and repaired locally. In Honduras, 111,900 vehicles are sold annually. The government passed strict laws in 2001 to cut vehicular emissions. So the market for emission control devices is good – another area where US companies are expected to make a mark after CAFTA. There are approximately 900,000 vehicles in circulation in Costa Rica.

Countries like El Salvador and Costa Rica, hope to benefit from CAFTA by attracting foreign investment.

‘CAFTA ensures that America’s small businesses and families are able to buy, sell and shop without being at a competitive disadvantage. The benefits of free trade have been particularly positive for my home state of Tennessee. Over 156,000 employees and 4,000 businesses and countless farmers in my state already benefit from past trade agreements, and this new agreement will continue that trend by ultimately generating over 2,000 new Tennessee jobs,’ says Frist.

In October 2005, a delegation of nearly 20 US businessmen including a representative from Ford and led by Carlos Gutierrez, US commerce secretary, traveled around the 6 Central American CAFTA member countries.
‘We’re going to have companies that are ready to sell and ready to do business. And we’ll hopefully have companies on that end ready to do business as well,’ said Gutierrez, speaking to Reuters.

The Central American signatories to CAFTA, specifically Costa Rica have already attracted automotive firms to their countries. ‘Today, Bridgestone Firestone produces more than 8,000 tires per day destined to the United States for use in cars and light trucks and has about 1,000 employees. ‘ said Edna Camacho, Director General, at The Costa Rican Investment Promotion Agency (CINDE).

Costa Rica has attracted investments from a number of global firms such as Intel, Hospira, Baxter and P&G. And of course, automotive manufacturers – for example, South Korea’s Daewoo Bus Company has a semi knock down operation called Mauco which assembles buses with capacity of more than 25 passengers. The finished products are exported to the rest of Central America.

MicroTechnologies makes TPS, PPS and EGR sensors and other critical parts for automotive original equipment manufacturers (OEMs), in Costa Rica. The facility was built in 2001. ‘Over the past years, our activities in Costa Rica have gone from a small satellite facility to the primary manufacturing center for our global operations. …the keys to our success rest largely in the talented workforce available, as well as a proactive government and a good logistical position for our needs,’ said Michael Tucci, President of Microtechnologies.

‘Most of the automotive companies already located in Costa Rica produce parts and sub-assemblies that take advantage of the country’s highly skilled labor and compliance with the strictest quality regulations to supply international markets,’ said Camacho.

‘Seton, a leather car seat cover manufacturer that supplies Audi, BMW, DaimlerChrysler, GM, Porsche, and VW among others, has been operating in Costa Rica since July 2002. Two years later, it opened a world-wide logistics facility to handle all its purchasing and delivery requirements. Companies such as Bourns-Trimpot, Wai Semicon a Wetherill Group associate, IDI International, ITT Industries are providing electronic components such as specialty switches, starters, lighting devices and voltage regulators at competitive prices and outstanding quality and delivery,’ added Camacho.

Other automotive suppliers in Costa Rica include Hutchings Automotive – part of Mehra Tube – makes tube assemblies for engine oil, coolant, and transmission fluid. Software company VIA Information, a supplier of application software for manufacturers of automotive and electronic components, opened an operation in Costa Rica in early 2005.

Similarly, Costa Rica’s, strategic location and educated work-force, make it an important investment destination. The government is offering a number of incentives to investors. ‘Once a company decides to invest in Costa Rica, it is not left alone. CINDE, the Costa Rican Investment Promotion Agency provides assistance and helps the company grow in the country by attracting companies that may support it as well as with permits and other issues,’ said Camacho.

‘Shipping raw materials and finished goods is not difficult since there are 7 to 22 daily flights by 11 carriers. Costa Rica has maritime access by ports in the Atlantic and Pacific oceans, therefore, sea transportation is easier. There are 28 main lines that dock in Moin, our Atlantic port, and 7 lines docking Caldera, the Pacific port. Because of its location in the center of the Americas, companies can easily communicate due to similiar time zone with production floor, administration, engineering and all the supply chain participants, allowing a much faster response to customers,’ she added.

Costa Rica offers incentives to firms wishing to set up manufacturing bases such as complete exemption on import duties on raw materials, components and capital goods as well as income tax exemptions. Since Costa Rica complies with the WTO guidelines on intellectual property rights, patent infringement is not a worry.

With these strengths, Costa Rica is solidifying its position as a complementary site to US companies looking for a near-shore location for automotive parts that many products can’t do without but must be made at a lower price maintaining quality, delivery, and that demand a well trained, low-attrition work force.

It remains to be seen what the economic impact of CAFTA will be on the seven countries that signed the pact. Currently, unions are more apprehensive about upcoming agreements with Thailand, Argentina and Brazil. Analysts say that if the 25% import tariff on Thailand’s products are lifted, the US could be flooded with pickup trucks made in Thailand. Thailand is the world’s second largest manufacturer of pickup trucks.

According to the UAW, it could result in 20,000 workers losing jobs. ‘Honestly, I think it has already affected us. Think about the Ford Ranger remodel. We’re working with an old model truck that they have not reconfigured because they are waiting to see what happens with the Thai trade agreement,’ said Rob McKenzie, a UAW leader, quoted on the union web-site.

Similarly, the Central American countries that signed CAFTA, have faced protests at home. Mainly led by farmer and labor organizations. Costa Rica, which is yet to ratify the pact, is said to be dithering because of the incorporation of the telecom sector in the agreement.

Critics in the US, cite the example of NAFTA, which they say did not do either Mexico or the US any good. And warn that CAFTA could in turn shift jobs from Mexico to Central America. Thus triggering a wave of wage cuts that could result in a deterioration of workers rights.

Executive Vice President and Chief Operating Officer of the Americas, of Ford to Speak at GAC 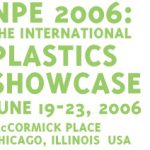 AI spoke to William Carteaux, president and CEO of SPI about what he expects from NPE 2006

Moody's lowers GM's rating to B2