The agreement is for Nanjing to take a 33-year lease at a rent rising from GBP1.8m per annum on 105 acres of the 469-acre site. This comprises the South Works of the former MG Rover plant, which incorporates two car assembly plants, the paint shop and administrative offices, together totalling more than 2m sq.ft. The lease terms incorporate a six-month break clause in case Nanjing is unable to confirm a viable long term future for the site.

Bill Oliver, Chief Executive of St Modwen Properties, described the agreement as opening a new chapter in the long history of car production in Birmingham:

We always said that if there was a viable plan for a long term automotive use at Longbridge, we would do our best to facilitate it. This agreement is the outcome of that commitment, and we are now looking forward to a long and fruitful relationship with Nanjing. We are hoping that with this agreement established, the other regeneration proposals proceed speedily through the planning process, to bring forward the creation of further jobs and provide major improvements to the Longbridge area.

I am delighted that we have reached an arrangement with St. Modwen Properties. This means that we can move forward with our business plan to build cars at Longbridge. The MG Brand is famous and we are proud to project it into an exciting future. We are grateful for the help and support Birmingham City Council has given us throughout this process and look forward to working with them in the future.

Since the announcement of the closure of MG Rover in April 2005, I have been determined to bring about a resumption of car building at the historically significant site of Longbridge. We have worked tirelessly with NAC to develop a relationship of trust and confidence – which are the essential pre-requisites of any deal.

NAC asked Birmingham City Council to be its strategic partner in its negotiations with St Modwen. We have given them advice and support on issues such as regeneration and planning which has culminated in todays announcement. As a result of the deal we will witness today, we have created hope and opportunity for the people of Longbridge and Birmingham. We have also safeguarded the MG brand in Birmingham, and I would like to congratulate both NAC and St Modwen for their efforts in bringing this tremendous deal together

Moody's lowers GM's rating to B2 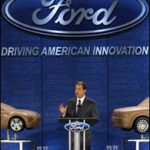 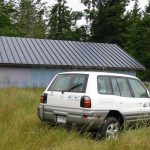 The Struggle for Clean Transportation