The fully integrated FLACS RT C-series laser system incorporates all support structure, guarding and part positioning equipment, as well as robot, laser and ventilation support equipment, into a pre-engineered package. The system includes a second generation RoboCut robot – the first robot with integrated 100 to 1000 watt CO(2) lasers and power control. The laser system incorporated into the RoboCut A600 (600W) model is 20% lighter and beam control components are reduced by 50%, resulting in greatly improved reliability and durability.

“This new and revolutionary FLACS system not only provides users with quick installation and start-up, but more reliable operation,” said Chuck Russo, Robotic Production Technology CEO. “The new RoboCut A600 robot has twice the power and double the cutting speeds of previous systems. Customers will enjoy better cut quality in lower cycle times.”

The RoboCut A600 laser robot has excellent path accessibility due to the endlessly rotating 4th and 5th axes. The very narrow cutting nozzle also contributes to the ability to process complex part geometries. The speeds of axes 4 and 5 were increased from 360 to 720 degrees/second and 400 to 900 degrees/second respectively.

RoboCut A600 also features a new scanner head option that replaces the standard nozzle at the fifth axis. This scanner head is capable of very high speed (up to 7000 mm/second) and high repeatability (+/- 0.01 mm) laser cutting using up to 600 watts of laser power.

“The new scanner head option is powerful new technology for cutting a variety of shapes very, very quickly,” said Russo. “For example, the scanner head can cut 38 8mm holes in a vacuum-formed part in four seconds.”

“We are very excited about introducing this new equipment to companies that manufacture low pressure molded components,” said Doug Cicchini, RPT Laser Sales Manager. “We feel that there are many companies that will benefit from this laser trimming technology.”

RPT has already shipped these laser systems for decorative trim and automotive pillar applications and repeat customer orders have been received. RPT has the capability to do test cuts with this new equipment at its Auburn Hills headquarters. Contact RPT at 248.829.2800 or solutions@rpt.net to find out more about these powerful and cost effective laser systems. 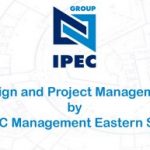 Romania as an automotive hub

Romanian Manufacturer of Resins and Coatings for OEM - Policolor Automotive