Skip to content
Automotive Industries spoke to Sergio Yarritu, founding partner of Gil Elorduy, Yarritu y Asociados and asked about how easy it was for a company to set up shop in Mexico 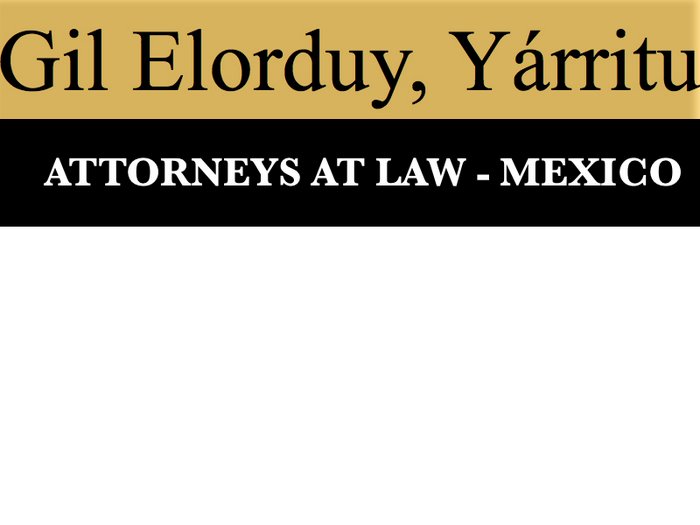 The members of the Mexican law firm Gil Elorduy, Yarritu y Asociados, S.C., have over 40 years of combined experience in helping local and international companies to set up business in Mexico. Founded by Francisco Gil Elorduy and Sergio Yarritu, the firm has relationships with numerous US law firms and thus is able to offer companies practical advice on setting up projects in Mexico.

Around 1997, Mexico enacted transfer pricing rules after it joined the OECD. Since 2002, Mexican Income law states that the guidelines apply to the extent consistent with Mexican law. In 2006, legislation came into effect in Mexico that said that taxpayers must apply a best method rule.

Automotive Industries spoke to Sergio Yarritu, founding partner of Gil Elorduy, Yarritu y Asociados and asked about how easy it was for a company to set up shop in Mexico.

First of all, it is necessary to bear in mind that North American OEMs with plants in Mexico have necessarily incorporated a Mexican subsidiary in order to operate in our country. Such Mexican companies have to comply with Mexican laws, specifically with the Mexican Income Tax Law (MITL) same that provides the obligation for Mexican taxpayers to comply with transfer pricing regulations, essentially taxpayers are required to determine, when undertaking transactions with non-resident related parties, their cumulative income and authorized deductions considering for such transactions the prices and amounts of consideration that would have been used with or between independent parties in comparable transactions (the arm’s length principle).

In accordance with the above, North American OEMs and their plants in Mexico have to comply with Mexico’s transfer pricing rules, being subject to revisions and audits by the Mexican tax authorities which can result in the possible determination of a tax credit in the case of non-compliance with the applicable rules. It is important to consider that the credit imposed in its case by the Mexican tax authorities can be substantial and create an unnecessary burden to the company.

Until 2005 taxpayers could use any of the transfer pricing methods provided by article 216 of the MITL without any order or hierarchy in the application of such methods.

As of 2006 there is a pre-established order to apply the methods. Article 86, Section XV of the ITL provides that the taxpayer must apply the methods as listed in article 216, being the comparable uncontrolled price method the first to be applied as a more direct and exact manner to determine that the prices and considerations undertaken with or between related parties are carried out at market price values.

The above does not preclude the taxpayers from seeking and advance pricing agreement, which in our opinion is still the best option to comply with transfer pricing regulations since it will provide the company with a ruling issued by the corresponding tax authorities approving the method used by the company.

AI: How attractive it is for automotive companies to manufacture in Mexico and then export the goods rather than manufacturing in say, the US? And why?

It is very attractive for a North American OEM to keep its business in North America. By manufacturing in Mexico the OEMs achieve that goal and at the same time they have access to a low cost labor market within the North America borders. It may sound simple and very obvious, but through the many mechanisms that North America governments (Canada, US and Mexico) have created to facilitate trade (including NAFTA) to manufacture in Mexico and export the goods, specially when using the Maquiladora program, which is a very flexible system designed to operate an export business, solves the dilemma of having to go to far away places like China and India, that may very well be advancing to become first world economies but still have the time, distance, culture and language factors as a big obstacle.

Please be aware that the Maquiladora program provides the following benefits: Operate the temporary importation basis of all industrial inputs, machinery and equipment, including administrative and environmental control equipment, industrial building systems, auxiliary materials, quality control, and telecommunications apparatus. Most NAFTA inputs will be imported under a duty free basis; establish virtually non-tariff barriers in the importation of all of the necessary inputs for production; value Added Tax (â€œVATâ€) exemption on all of the foregoing items; 0% VAT on all exports and transfers between Maquiladoras and between Maquiladoras and other similar export systems, like Pitex and the fiscal deposit for the automotive industry; a special simple and speedy customs processing system that enables Maquiladoras to carry out large amounts of importations and exportations with little red tape;.a full exemption to Foreign Investment Law restrictions; the flexibility of operating submaquiladora activities; open Maquiladora concept that permitted the establishment of all types of services and industrial activities virtually without limitation;operate service Maquiladoras to support all export activities, either for Maquiladoras or for other export related entities; a fast and liberal Maquiladora program authorization process that grants legal certainty to the investor by securing and authorization in less than one week, and having the opportunity to establish its facility within a one-year period.

AI: What would your advice be to an automotive OEM who whished to set up a manufacture base in Mexico? How attractive is the country vis a vis other cost effective countries such as India and China?

I would advise them to look where their suppliers or customers are already located in Mexico and to start researching the area to negotiate tax breaks and labor and real estate advantages with the governments of the State or States where this suppliers or customers are already working. Currently local governments are fiercely battling to attract foreign investment to their States/Cities and it is a very good moment to close a good deal.

I would also advise to look in to the many options that the Mexican market offers to set up a manufacturing base. A OEM could go from starting from scratch by forming its own subsidiary and buying or leasing land, building a building, hiring people, etc. to just execute a â€œShelter Agreementâ€ and let others carry the weight of the start up burden.

In order to figure out how attractive is Mexico vis a vis India or China you just have to think in terms of distance and time zones. Just bear in mind that there is a direct flight from almost every big city in the US to Mexico City or Monterrey and the longest it will take you is four hours.

AI: Who are some of your automotive clients and could you please give us a case study of how Mexico’s transfer pricing laws affected an OEM.

Our largest automotive client is TAKATA, a Japanese based company that has an extensive presence in the US and Mexico, they manufacture seatbelts and airbags for the OEMs and have 10 manufacturing plants in our country. We have been advising TAKATA for the past 10 years in all sorts of deals and legal issues and we have helped them to open new facilities in our country. We also represent various second tier suppliers from the Detroit area; many of them are common clients with the Detroit based law firm of Butzel Long with whom we have a very close relationship.

We had a client that disagreed with the safe harbour formula (being obligated to declare a profit equal to 5 per cent of the value of the assets used in the Maquiladora process), since they considered that due to the specifics of their operation their profit was not even near that threshold. They retained us to represent them in a negotiation with the Mexican tax authorities in which we successfully close a deal where the client obtained a ruling allowing them to pay the tax based on their specific circumstances, which of course permitted them to pay below the 5% safe harbour.

We also helped another automotive client to negotiate the outcome of an advanced price agreement filed with the Mexican tax authorities, in which such authorities wanted to impose a profit margin under the cost plus method, much higher than what the company originally filed for. We were able to prove to the Mexican Tax authorities that the margin should be the one presented by the taxpayer.

AUTOSAR Phase II for Convergence 2006
Share Your News with Ai