In a marked turnaround after years of economic uncertainty and industry restructuring, global auto executives say that U.S. auto brands will continue to increase market share over the next five years, according to the 13th annual global automotive executive survey conducted by KPMG LLP, the U.S. audit, tax and advisory firm.

The global executives see the American resurgence spurred by product innovation, continued improvement in product quality and restructuring activities. The rise in optimism for U.S. OEMs represents a significant turnaround from KPMG’s 2007 survey, when few predicted market share gains, or a steady climb in global rankings.

While the 200 C-level executive respondents in the KPMG study believe several European and Asian OEMs will gain share – they also think Ford is more likely to grow market share than Nissan, Toyota and Honda. In fact, Ford was the only U.S. OEM to rank in the survey’s top 10 most likely market share winners.

When asked to predict global market share winners over the next five years, nearly half (47 percent) of the auto execs believed Ford, ranked 8th, would register market share gains, up from 43 in 2011 and 29 percent in 2010. As an apparent positive indication of the Chrysler/Fiat combination, 39 percent of executives expect the combined Fiat/Chrysler Group to gain market share (versus 24 percent expected Chrysler share to rise and 31 percent expected Fiat to gain in the 2011 survey).

Slightly fewer auto execs foresee General Motors increasing market share in the next five years, GM ranked 15th – finishing at 38 percent this year versus 40 percent in 2011, but still up considerably from just 13 percent in 2010.

“This year’s survey results clearly demonstrate that the investments in new products and product innovation over the past several years have helped U.S. auto manufacturers become more competitive,” said Gary Silberg, National Automotive Industry leader for KPMG LLP. “Moreover, it is a clear indication that perceptions of U.S. automakers and auto quality have changed.”
In KPMG’s 2007 auto study, by comparison, 62 percent of global execs foresaw a decrease in market share for U.S. OEMs, with only 14 percent expecting an increase. In that study, however, 64 percent of the execs expected the restructuring of U.S. OEMs to be completed before 2011. And when asked if the restructuring would allow the OEMs to be more efficient and competitive, 58 percent of the 2007 study respondents believed that would be the case, with only 10 percent disagreeing.

Silberg added, “As recent sales figures might demonstrate, U.S. OEMs have much stronger product portfolios, and as a result they are returning to profitability.”
Fastest Growing Manufacturers in Asia

The brands most often predicted to lose market share in the 2012 survey include Subaru, Mitsubishi, Suzuki and Mazda.

KPMG’s Silberg says, “In addition to the re-emergence of the U.S. automakers, perhaps the most intriguing story in the global auto industry is the enormous momentum we’re seeing from the Chinese and Indian OEMs. Given their lower current base market share levels, it is not surprising to see predicted market share growth for brands such as SAIC, Chery and Tata, although the majority of that growth will come from their domestic markets in the short-term. However, these companies will continue to change the global automotive landscape in the coming years as sales and exports from those countries continue to climb.”
China and India building momentum, U.S. remains projected #2 for production and sales

In addition, 32 percent of auto executives predict Chinese OEMs will export more than 1 million cars annually within the next 1-2 years, and another 42 percent predict 1 million exports within 2-5 years. However, executives still predict the U.S. will remain second to China, in terms of unit production and sales volume over the next five years.

Executives in the KPMG survey hold similarly aggressive views when it comes to the Indian auto market, with 18 percent estimating the annual volume of unit sales in India will exceed 5 million by 2016. More than three-quarters (78 percent) estimate annual Indian auto sales between 3-5 million. In addition, 12 percent of auto executives predict Indian OEMs will export more than 1 million cars annually within the next 1-2 years, 29 percent say 2-5 years, and 43 percent say 5-10 years.

“Chinese and Indian automakers have significantly stepped up their games, and our survey found that global auto executives expect similar growth in Brazil and Russia,” said Silberg. “You cannot have sales and export growth without a concurrent increase in production. However, that raises the risk of overcapacity if domestic and export demand unexpectedly decline.”

According to the KPMG survey, China is expected to be the largest in terms of auto production volume by 2016, and is also expected to build the most manufacturing capacity by 2016. “As such, it comes as no surprise that China is expected to become the most overbuilt BRIC country in five years’ time,” Silberg noted. “Overcapacity in emerging markets will undeniably become an issue in the near-term, and will likely result in a ripe market for M&A and alliances.”

For decades, mergers and acquisitions and joint ventures have been an important investment strategy in the automotive industry, and, according to the annual KPMG survey, that trend will continue over the next five years. In fact, when asked which strategies have the greatest potential to enhance profitability in the auto industry over the next five years, executives selected “entering into strategic alliances/joint-ventures.”

In particular, global auto executives expect to see increased activity in China, Eastern Europe and Russia. According to executives, the top global drivers of the M&A/JV activity include access to new technologies and products, access to new markets and customers, and access to scales and synergies.

For the KPMG Global Automotive Executive Survey 2012 , KPMG interviewed 200 C-class global automotive executives, including 25 from North America, representing vehicle manufacturers and suppliers, from October through November 2011. KPMG has released an annual survey of automotive executives expressing their views on the state of the industry since 1999.

Working costs out of the logistics chain 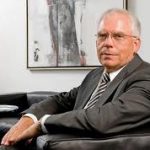