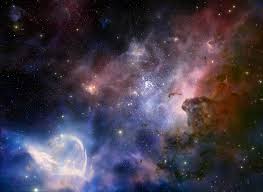 As we see in this issue keeping up with technological trends in the motor industry is a bit like trying to follow the latest theories about the universe and the meaning of everything.

Some of the world’s finest minds are constantly expanding our understanding of time, energy, force, matter, the size of the universe (91 billion light years at the last count), and the smallest piece of matter (quarks this week).

Those not involved in this quest are constantly stretching the boundaries of our understanding of how to design and manufacture motor vehicles. We have whole faculties of universities and industry R&D departments devoted to challenging our understanding of physics and the composition of materials in order to give customers vehicles which are safer, lighter, greener, more comfortable and a pleasure to drive in.

It is only a die-hard enthusiast who would want to spend any length of time in a vehicle from as recent as the early gas-guzzling 1970’s. The catalyst for change was the (first) oil crisis opened the door to the Japanese motor industry, with its compact and more efficient vehicles. According to the National Academy of Engineering alternative-fuel cars were only introduced into the United States following the passing of the Energy Policy Act of 1992. They are now commonplace, with customers expecting to see hybrids and electric vehicles on the dealer floor.

Looking at manufacturing, it was in the 1980’s that the Japanese started testing the boundaries of efficient manufacturing with “just in time” delivery of auto parts to factory floors in order to reduce warehousing costs. They also popularize statistical process control. Today the goal is “just in sequence” delivery on highly flexible process controlled production lines. Those lines are becoming even more flexible and are once again being reinvented with the introduction of additive manufacturing – which has gone from zero to the factory floor seemingly overnight. True, it has been a nearly 30 year journey, with the process of what was known as stereolithography being officially invented by Charles “Chuck” Hull in 1983.

But, the technology first started going mainstream in 2010 when Hewlett-Packard launched an “affordable” desktop 3D printer costing £11,200 (then around US$18 400) price tag. A similar machine today costs a few hundred dollars, and we have 3D industrial printers producing components to order.

In parallel we are seeing constant breakthroughs in the development of plastics and polymers for the auto industry. Metal parts are being replaced by lightweight plastics – which in turn are being supplanted by components with complex but lighter and stronger helical structures which can only be made by using 3D printing. Adding to the mix is a new generation of foams which are also opening up new worlds to designers.

Almost overshadowing all these advances in the physical world are the new horizons being made visible by the intangible data universe. The industry has certainly come a long way since the introduction of the first electronic ignition in the 1970s, followed by electronic fuel injection in the 1980s.

We now speak glibly about vehicles communicating with other vehicles and their environment, on-board systems plotting the best way home (and changing the route to fetch a cup of coffee) following a voice command and cars driving themselves.

Best of all – the industry is focusing on attracting a fresh generation of innovators. Young minds fresh out of school which are not shackled by the limitations of past technologies will continue to keep the auto industry at the forefront of technical innovation. Keeping people and the economy moving is way more interesting and tangible than quarks and black holes. 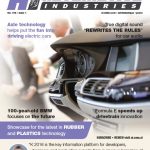 Showcase for the latest in rubber and plastics technology 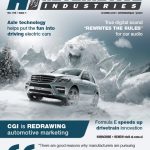 Computer-generated images are the next marketing platforms for motor vehicles 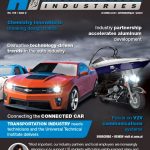 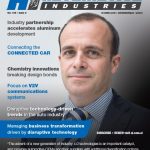 Exploiting the opportunities in Industry 4.0, IoT and additive manufacturing 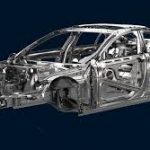