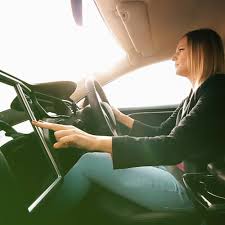 Ultrahaptics, the world leader in mid-air haptics technology, has announced it has completed a series B round of Investment of £17.9 million ($23 million).

The funding will support the company through its global expansion and its entry into virtual and augmented reality markets. The new funding comes from existing shareholders, IP Group plc and Woodford Investment Management, as well as new investors, including Cornes and Dolby Family Ventures.

Commenting on the round, Mark Reilly, Head of Technology at IP Group said: “We have supported Ultrahaptics from the very beginning and have been impressed with its substantial growth and ambition. I am particularly excited about the prospect of the company bringing its technology to virtual reality where it has the potential to be truly disruptive, and where the market pull has been significant.”

David Dolby, of Dolby Family Ventures, said: “We have invested in Ultrahaptics for its potential to enable completely new experiences and user interfaces. We are very impressed by the team, its strong IP portfolio, and by the many applications for this technology.”

Makoto Seki, Executive Director, Cornes, agreed stating: “We are excited to have our partnership further strengthened with Ultrahaptics. Since we agreed a distribution agreement with the company the market pull for this technology has been clear to us and it was an obvious choice for investment.”

Ultrahaptics CEO, Steve Cliffe added: “We are a global business and the range of investors now reflects this more than ever. The Dolby family fund managers bring expertise in key markets, Cornes reflect and support the growth of our distribution network in Asian markets, and we are of course thrilled to continue our existing relationship with both IP Group and Woodford Investment.”

Ultrahaptics’ revolutionary technology uses ultrasound to project sensations through the air, directly onto a user’s hand. The technology enables entirely new user interfaces and experiences, making it possible to interact with virtual objects and applications in innovative yet intuitive and natural ways. Users can ‘feel’ buttons and interact with virtual objects in mid-air, using gestures to interface with technology. The technology is aimed at a variety of different applications in which touchless interfaces are being developed from automotive, where the company has developed concept vehicles with both BOSCH and HARMAN, to industrial controls, medical interfaces, and AR and VR environments.