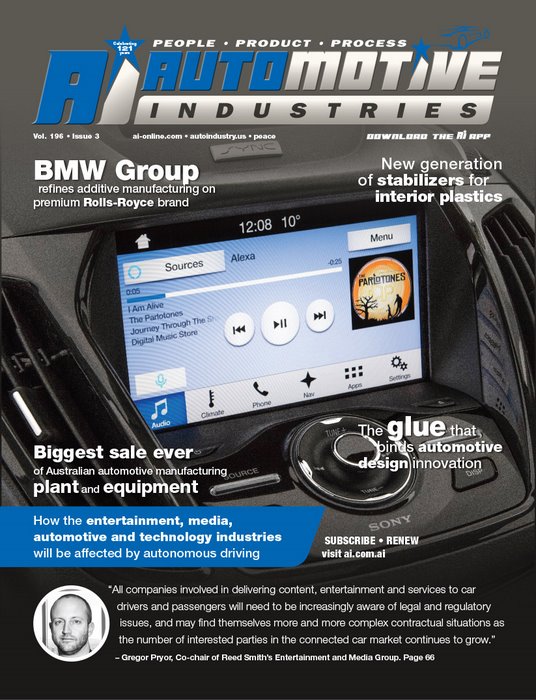 Picture the scene: a cold winter morning and your smartphone announces that to arrive on time for your 9am meeting, you should leave in eight minutes.

Telling your Echo to stop streaming a new preview track by an artist whose concert you attended last weekend you finish your breakfast and leave the house. Walking up to your car the door opens on sensing your approach and you are greeted with a pre-heated, 220C interior. The remainder of the song you were listening to streams from the car’s entertainment system.

As you begin to drive, your car informs you that it has detected ice on the road and asks you whether you would like it to order winter tires to be fitted at your office for the drive home. You pay for the tires by scanning your fingerprint on the steering wheel. Your car informs you that it has tightened the suspension to improve performance based on updated metrics from its manufacturer. It also tells you that your pay-as-you-go insurance company only charged 17 pence for your cover due to your driving style.

Five minutes into your drive you receive an e-mail which your car offers to display it while take over the driving responsibilities. You read and respond to an updated meeting agenda while your car takes a detour to avoid heavy traffic ahead. Leaving the driving to the car you watch an episode of your favorite program.

A car pool notification request pops up on the dashboard. You accept and arrive at the office four minutes early and £6 better off, having given Anne from finance a lift into work.

Technological developments are paving the way for this scenario to become reality in the near future – but there is a plethora of legal, ethical and commercial considerations prior to its realization. Connected and self-driving cars have the potential to drastically impact our lives by reshaping how the entertainment, media and technology industries interact with our everyday use of transportation.

A decade ago self-driving vehicles appeared to be a fanciful future prospect; however, in the past few years numerous car manufacturers have announced projects and partnerships to develop autonomous cars. In 2015, Tesla unveiled its autopilot system, which is part of a suite of driver assistance systems including Auto Lane Change and Autopark. Tesla also announced that it was two years away from full autonomy. BMW announced a collaboration with Intel and Mobileye technologies to deliver fully self-driving vehicles in 2021 with their new iNEXT model to be the basis for future fleets of fully autonomous vehicles. Ford announced that it would have driverless ride-sharing cars without a steering wheel, brake or accelerator by 2021.

The route so far

The first in-car entertainment device was the car radio, introduced in 1930 and named the “Motorola”. Except for a peculiar Chrysler dash turntable that played 7-inch, 45rpm singles in 1956, it wasn’t until the 1960s that drivers and passengers could actually control which songs they listened to. The 8-track player came to the market in 1965, followed by the cassette deck in 1970.

Transforming in-car, on-demand entertainment compact disc players appeared in cars in 1985, followed by dashboard computer diagnostics in 1994 and GPS navigation systems in 1995. Then, in the 2000s, cars started to feature USB ports and Bluetooth connectivity – the true precursor to the connected cars of today.

As the distinction between the driver and the passenger becomes blurred, the demand for increasingly immersive in-car entertainment will rise. Ford filed a patent application for an “autonomous vehicle entertainment system” in March 2016. It includes a projector and a drop-down screen. At the 2017 Consumer Electronics Show (CES) in Las Vegas, the company also announced that it had teamed up with Amazon to bring the cloud-based voice service Alexa to its cars. The integration will let Ford users with SYNC 3 (linking technology that connects your smartphone and its applications to the car’s controls system and display) to access Alexa inside the car to do things like check the weather, play audiobooks, add items to shopping lists, and even control Alexa-enabled smart home devices.

Owners of the Ford Focus Electric, Fusion Energi, and the C-MAX Energi will soon be able be able to ask Alexa to lock or start the car. Similarly, BMW and Nissan announced they would be adding Microsoft’s Cortana (the virtual assistant) to future vehicles, allowing drivers or passengers to use voice-controls to engage driver-assist features like auto-parking, navigation, and access to cloud-based movies and music.

Savvy market stakeholders seeking to capture a share of the significant revenue streams that will flow as a result of the proliferation of connected cars must ensure their offerings are carefully considered from both a commercial and legal perspective. Important for those in the entertainment and media industry will be how audio and audio-visual content is gathered, stored, and delivered. This configuration will impact on which party is liable to obtain the licenses required to deliver content. The situation is complicated further when autonomous driving is introduced, paving the way for car-pooling and car-sharing services to flourish. It will be important for all parties to understand their licensing obligations in relation to the content streamed to the car, particularly because this content may be delivered to a wider audience than if the car was used privately.

The many benefits enjoyed by drivers of connected cars are often also accompanied by rewards for those delivering the beneficial services, in the form of valuable data sets. But with great data comes greater responsibility. As drivers’ consumption patterns and use of technology shifts in-car, the potential for both conscious and unintentional collection of personal data by those who would not normally be in a position to do so increases.

There are various fairly onerous obligations on those who ‘process’ personal data imposed by data protection laws across the world. Those manufacturing, operating and providing services for and in relation to connected cars therefore need to be aware of how they can and cannot legally process personal data. If, for example, the collection of basic personal data such as spending habits or location points toward frequent visits to a place of worship, this could be considered the collection of “sensitive personal data”, for which the sanctions for improper use are severe.

Hurtling toward the future of four-wheeled transport is exciting, and a range of fresh market sectors is opening up as a result of the impressive technological developments. Commercial negotiations between manufacturers, platforms, content providers and regulators – particularly around issues such as exclusivity and level of integration – are likely to have a big impact on consumers’ purchasing decisions as autonomous and semi-autonomous cars are set to deliver an extra hour of free time to each driver’s day. Stakeholders will need to strike the right balance between capturing first-mover advantage and ensuring that the appropriate considerations have been made to secure the best chance of success in this nascent industry.

Meantime, all companies involved in delivering content, entertainment and services to car drivers and passengers will need to be increasingly aware of legal and regulatory issues, and may find themselves in increasingly complex contractual situations as the number of interested parties in the connected car market continues to grow

Going beneath the surface of paint technology 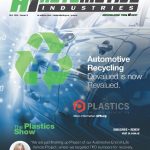 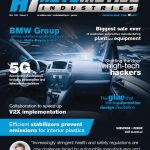 Shutting the door on high-tech hackers 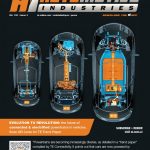