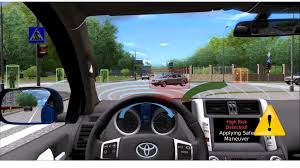 Imagine hopping into a ride-share car, glancing at your smartphone, and telling the driver that the car’s left front tire needs air, its air filter should be replaced next week, and its engine needs two new spark plugs.

Within the next year or two, people may be able to get that kind of diagnostic information in just a few minutes, in their own cars or any car they happen to be in. They wouldn’t need to know anything about the car’s history or to connect to it in any way; the information would be derived from analyzing the car’s sounds and vibrations, as measured by the phone’s microphone and accelerometers.

The MIT research behind this idea has been reported in a series of papers, most recently in the November issue of the journal Engineering Applications of Artificial Intelligence. The new paper’s co-authors include research scientist Joshua Siegel PhD ’16; Sanjay Sarma, the Fred Fort Flowers and Daniel Fort Flowers Professor of Mechanical Engineering and vice president of open learning at MIT; and two others.

A smartphone app combining the various diagnostic systems the team developed could save the average driver $125 a year and improve their overall gas mileage by a few percentage points, Siegel says. For trucks, the savings could run to $600 a year, not counting the benefits of avoiding breakdowns that could result in lost income.

With today’s smartphones, Siegel explains, “the sensitivity is so high, you can do a good job [of detecting the relevant signals] without needing any special connection.” For some diagnostics, though, mounting the phone to a dashboard holder would improve the level of accuracy. Already, the accuracy of the results from the diagnostic systems they have developed, he says, are “all well in excess of 90 percent.” And tests for misfire detection have produced no false positives where a problem was incorrectly identified.

The basic idea is to provide diagnostic information that can warn the driver of upcoming issues or needed routine maintenance, before these conditions lead to breakdowns or blowouts.

Take the air filter, for example — the topic of the team’s latest findings. An engine’s sounds can reveal telltale signs of how clogged the air filter is and when to change it. And unlike many routine maintenance tasks, it’s just as bad to change air filters too soon as to wait too long, Siegel says.

That’s because brand-new air filters let more particles pass through, until they eventually build up enough of a coating of particles that the pore sizes get smaller and reach an optimal level of filtration. “As they age, they filter better,” he says. Then, as the buildup continues, eventually the pores get so small that they restrict the airflow to the engine, reducing its performance. Knowing just the right time to replace the filter can make a measurable difference in an engine’s performance and operating costs.

How can the phone tell the filter is getting clogged? “We’re listening to the car’s breathing, and listening for when it starts to snore,” Siegel says. “As it starts to get clogged, it makes a whistling noise as air is drawn in. Listening to it, you can’t differentiate it from the other engine noise, but your phone can.”

To develop and test the various diagnostic systems, which also include detecting engine misfires that signal a bad spark plug or the need for a tune up, Siegel and his colleagues tested data from a variety of cars, including some that ran perfectly and others in which one of these issues, from a clogged filter to a misfire, was deliberately induced. Often, in order to test different models, the researchers rented cars, created a condition they wanted to be able to diagnose, and then restored the car to normal.

“For our data, we’ve induced failures [after renting] a perfectly good vehicle” and then fixed it and “returned the car better than when we took it out. I’ve rented cars and given them new air filters, balanced their tires, and done an oil change” before taking them back, he recalls.

Some of the diagnostics require a complicated multistep process. For example, to tell if a car’s tires are getting bald and will need to be replaced soon, or that they are overinflated and might risk a blowout, the researchers use a combination of data collection and analysis. First, the system uses the phone’s built-in GPS system to monitor the car’s actual speed. Then, vibration data can be used to determine how fast the wheels are turning. That in turn can be used to derive the wheel’s diameter, which can be compared with the diameter that would be expected if the tire were new and properly inflated.

Many of the diagnostics are derived by using machine-learning processes to compare many recordings of sound and vibration from well-tuned cars with similar ones that have a specific problem. The machine learning systems can then extract even very subtle differences. For example, algorithms designed to detect wheel balance problems did a better job at detecting imbalances than expert drivers from a major car company, Siegel says.

A prototype smartphone app that incorporates all these diagnostic tools is being developed and should be ready for field testing in about six months, Siegel says, and a commercial version should be available within about a year after that. The system will be commercialized by a startup company Siegel founded called Data Driven. 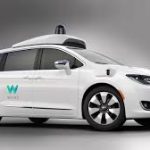 Waymo to begin self-driving in Michigan with expanded winter testing 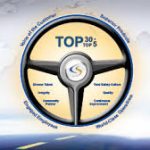 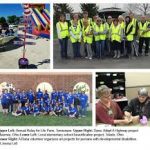 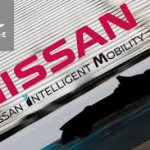 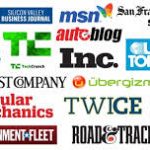