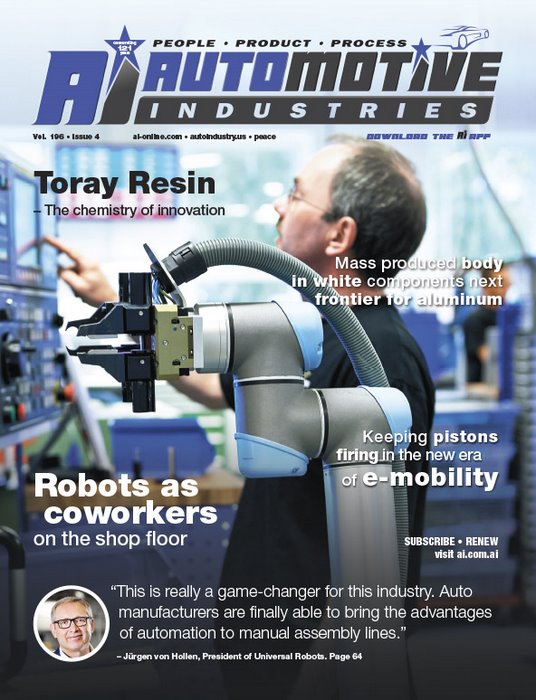 Collaborative robots (cobots) are helping big and small automotive vehicle and component manufacturers to become competitive on both quality and price.

Cobots can offer all the advantages of advanced robotic automation, with none of the traditional added costs associated with large, bulky equipment and safety guarding. With six articulation points and a wide scope of flexibility, the robot arms mimic the range of motion of a human arm. They can be used in a wide range of automotive environments where high quality and precision are critical, or where human workers may be subject to dangerous processes. Cobot arms are also ideal for repetitive tasks such as screw driving, assembling, labeling, handling, and quality control.

Cobots are being installed in countries with both high and relatively low labor costs. An example of an installation where labor costs are relatively low is Bajaj Auto, which is the world’s third-largest motorcycle manufacturer. In 2010 it became the first Indian automotive company to deploy cobots on its production line in order to automate labor-intensive processes that also require a high degree of precision.

Bajaj spent three months extensively testing cobots at its facilities before deploying them as a standardized solution for all of its functional requirements. Processes such as material handling and machine tending are collaboratively handled by cobots and Bajaj employees. The company also devised new decal applications (which are now patented) to make the most out of the flexibility provided by the cobots.

Bajaj discovered additional benefits, including zero annual maintenance costs, reduced power consumption, and retention of IP within the organization. Bajaj Auto employees now have advanced tools to carry out repetitive tasks with faultless precision, and this is one of the key factors driving the company’s global growth.

Bajaj chose robot arms from Universal Robots (UR) — a Danish pioneer of cobots since 2005. UR’s robots are used in a wide range of industries, and there is significant uptake from the automotive sector, according to the company. UR robot arms are lightweight, space-saving and easy to re-deploy to multiple applications without changing production layout. The average set-up time reported by UR customers is half a day.

BMW uses UR robots for a range of processes that require human workers, but gain added benefits from the use of collaborative robot arms. In a video produced for the American Society of Mechanical Engineers (ASME), BMW Vice President of Assembly and Logistics Richard Morris describes an ergonomic issue the company was facing in the door line. Operators had to use a hand-roller to create a watertight seal in the door, which required a high level of force that raised the risk of injury. A collaborative UR robot, which doesn’t require safety guarding, now works beside human workers and the company is exploring additional applications for collaborative robots in other ergonomically challenging processes.

Von Hollen: The automotive industry was the first to embrace industrial robots decades ago, and is still the largest user segment of robots. But, even though many processes have been automated, there are still a significant number that depend on manual assembly. But that doesn’t mean that those processes are ideal for human workers. Many, such as screw driving, are highly repetitive and carry risk of repetitive injuries. Many tasks also demand precision, such as applying an exact amount of glue on a precise path, and that precision and consistency can be hard for human workers to maintain for hours on end. Those tasks are ideal for collaborative robots. They work side-by-side with the human worker, allowing the operator to manage the overall process while the robot arm handles the repetitive task.

Von Hollen: Any application that requires a repetitive, precise process and reasonably low payload (under about 22 pounds/10kg) is ideal for cobots. We see cobots being used to seal door panels and sunroofs, for glass gluing and installation, and installing engine block manifolds. There are almost unlimited possibilities for cobots in automotive OEM manufacturing plants, where our robots are used to screw together car seats and rest frames all the way to assembling the circuit boards for heads-up displays for infotainment systems. Cobots are ideal for machine tending, such as injection molding, brake presses, and CNC machines.

AI: How important is the collaborative nature of your products to the automotive industry?

Von Hollen: This is really a game-changer for this industry. Auto manufacturers are finally able to bring the advantages of automation to manual assembly lines. The robot relieves workers from repetitive and dangerous tasks, but is safe enough to work alongside them. The robots are lightweight and flexible and easy to program, so they can be easily moved from one process to another. And they’re extremely cost-effective, so they can even be added to low-volume, custom lines.
AI: What global reach do your company’s robots have?

Von Hollen: Universal Robots really pioneered the concept of collaborative robots, and we’ve garnered about 60% of the global market. We have an installed base of more than 17,000 units, in more than 50 countries. In the automotive industry, you’ll find UR robots helping to build cars for leaders such as BMW, Audi, and Nissan, as well as top-tier suppliers around the world.

AI: How has UR expanded its reach across different industries and regions?

Von Hollen: The beauty of collaborative robots is that it’s so easy for companies to immediately see the advantages. The robots are small and lightweight enough that we can hand-carry one onto a manufacturer’s shop floor to demonstrate how it could be used. People are always amazed at how easy the robots are to program. Engineers or plant managers often have it running simple processes in less than an hour. Companies immediately start to see all the ways they could use the robot, and the different processes it could automate. That’s true for huge multinational automakers, as well as small, regional manufacturers who may be making just a few highly specialized components. The robots typically pay for themselves in well under a year.

Von Hollen: Our focus is to continue to make it even easier to add cobots to the production line. One way we’re doing that is with the Universal Robots+ ecosystem, which is an online showroom of products that are certified to work with UR robots. Those products include grippers, end-effectors, software, sensors, and vision systems—all the things customers need to complete their application. Every product has been tested and approved to perfectly integrate with our robots, so setup is easy and operation is completely reliable. It makes robotic integration incredibly low-risk, and makes it even faster for customers to be up and running. When you look at an industry like automotive, it’s key that we’re able to keep up with the urgency in the market.

The other way we’re making cobots easier to use is our UR Academy, which is a series of online interactive training modules so that anyone can become a robot programmer in less than two hours. The training is free, and is offered in a range of languages so it’s accessible around the world. That’s making robotics accessible even for small manufacturers who don’t have engineers on-site. That’s a critical element to maintain innovation and competitiveness in the industry as a whole. 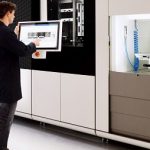 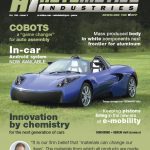 The chemistry of innovation 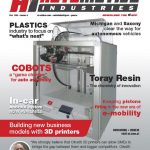 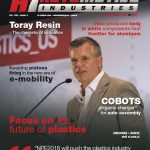 Meeting the need for an increasingly diverse range of propulsion systems 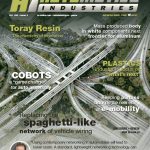