Humanetics is pleased to announce the release of the first ever THOR-5thcrash test dummy (THOR-5F), the most advanced frontal impact Anthropomorphic Test Device (ATD) designed to increase safety specifically for the female population in the event of a vehicle crash.

“At Humanetics Innovative Solutions, our mission is to develop products that save lives. This dedication to safety led to the development of the THOR-5F crash test dummy, designed to protect adult females in a crash,” comments Christopher O’Connor, president and CEO of Humanetics. This is the most recent addition to Humanetics’ portfolio of custom dummy products, which also includes new dummies representing both elderly and overweight occupants. Humanetics is also the designer of the Warrior Injury Assessment Manikin (WIAMan) blast dummy developed to protect our soldiers.

O’Connor added, “The introduction of the female THOR-5th is a timely development, particularly as an updated NCAP calls for the use of more advanced ATDs. We believe strongly that people of all ages, shapes and sizes should have the best protection possible in the event of a crash.”

According to a risk analysis study, Vulnerability of Female Drivers Involved in Motor Vehicle Crashes, “the odds for a belt-restrained female driver to sustain severe injuries were 47% higher than those for a belt-restrained male driver involved in a comparable crash.” The study found that females are at higher risk for whiplash, lower extremity, chest, and spine AIS 2+ injuries compared with males in comparable crashes. This is due, in large part, to the relative fragility of females’ necks particularly within younger populations. The study recommended “safety designs specifically tailored toward the female population for equity in injury reduction.” (Am J Public Health. 2011 Dec; 101(12): 2368–2373. doi: 10.2105/AJPH.2011.300275)

The Test Device for Human Occupant Restraint (THOR) is the most advanced frontal ATD ever created. THOR incorporates improved human-like features and significantly expanded instrumentation enabling crash test engineers to investigate injury pathways not included in the design of the Hybrid III family of dummies currently being used in NCAP frontal crash test protocols. THOR-5F builds on the same advanced technology as the THOR 50th male ATD (THOR-50M) also designed by Humanetics, but is specifically designed to represent a small female automotive occupant.

In September 2015, NHTSA awarded a contract to Humanetics to design and build three THOR-5F ATDs incorporating improvements similar to those adopted in the THOR-50M. The THOR-5F design, while based on many of the THOR-50M design concepts, also includes incremental changes to the head, neck, shoulder, thorax, abdomen, pelvis and extremities. Humanetics incorporated these changes in order to improve the manufacturability and usability of the dummy and to comply with the latest anthropometry and biofidelic specifications.

In July 2018, Humanetics began volume production of the THOR-5F following the delivery of the first three models to the National Highway Traffic Safety Administration (NHTSA). The Finite Element simulation model for THOR-5F is also available and currently in use by several automotive manufacturing customers. An updated version of the simulation model, offering more rigorous testing and validation functionality, is scheduled for release the first quarter of 2019.

For over 65 years, Humanetics has been the leading global market designer, manufacturer and supplier of crash test dummies and calibration equipment, crash sensors and instrumentation, active safety testing equipment and services for autonomous vehicles and crash simulation software models. Humanetics serves industry leaders in a variety of high-growth markets including automotive, aviation, energy, medical, military and civil infrastructure. In the automotive sector alone, Humanetics serves 100% of the OEMs and Tier I safety suppliers worldwide. Humanetics has over 700 employees across 20 facilities strategically located around the world with its global corporate headquarters situated in Farmington Hills, Michigan, USA. 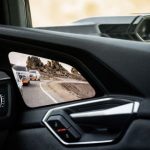 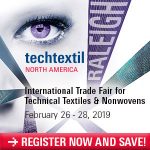 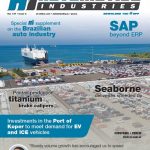 Port flips the switch on investment to handle electric vehicles 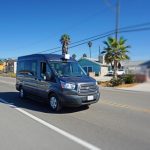