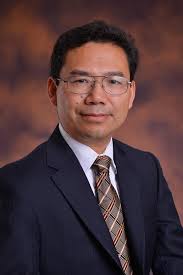 KeraCel, a technology company building a next generation Lithium-ion solid-state battery, has announced that Dr. Elton Cairns, Professor, University of California, Berkeley and expert in Electrochemistry, batteries, fuel cells, thermodynamics, and Dr. Ping Liu, Professor, University of California, San Diego and expert in materials and architectures for energy conversion and storage have joined the company as a technical advisors.

Dr. Ping Liu – Prior to joining the Jacobs School faculty, Professor Ping Liu has been a Program Director at the Advanced Research Projects Agency – Energy (ARPA-E) since 2012, where he initiated and managed research programs in energy storage for electric vehicles and thermal management technologies to improve building energy efficiency. He was the manager of the Energy Technology Department at HRL Laboratories and was a research staff member with the National Renewable Energy Laboratory. He received his Ph.D. in Chemistry from Fudan University in China 1995. He was a Distinguished Inventor in multiple years at HRL and won an R&D 100 award in 2009 for a battery technology developed at NREL. Liu has published over 70 peer-reviewed papers and has been issued 36 US patents in the broad areas of batteries, fuel cells, sensors and actuators.

Dr. Elton Cairns – Prof. Cairns received his education in chemistry and chemical engineering at the Michigan Technological University, Houghton, Michigan (BS), and the University of California, Berkeley (PhD). He has conducted research and held management positions at the General Electric Research Laboratory, Argonne National Laboratory, General Motors Research Laboratories, and the Lawrence Berkeley National Laboratory, (Associate Lab Director and Director, Energy & Environment Div.) He currently serves as Faculty Senior Scientist, Lawrence Berkeley National Laboratory, and Professor of the Graduate School in Chemical Engineering, University of California, Berkeley. Dr. Cairns has contributed more than 300 publications and 25 patents in the areas of electrochemical kinetics, batteries, fuel cells, molten salts, liquid metals, thermodynamics, surface chemistry, catalysis, transport phenomena. Dr. Cairns co-authored with Dr. H.A. Liebhafsky (Texas A&M) a book entitled “Fuel Cells and Fuel Batteries”. He has received a number of awards for his research contributions, and has served as president of The Electrochemical Society, and president of the International Society of Electrochemistry. He has also served as an editor of the Journal of the Electrochemical Society and Electrochimica Acta, and is a member of the advisory board for several journals and book series. He has organized and chaired a number of national and international meetings and symposia on electrochemistry, energy conversion, and related topics. He has served on many National Academy of Sciences committees, as consultant to a number of national and international corporations, and Expert Witness in several patent infringement trials. His current research includes lithium/sulfur cells, lithium ion cells, and electrocatalysts for fuel cells.

“We are very proud and delighted to have two of the top experts in the battery space joining the KeraCel advisory board. With their expert guidance KeraCel will bring a game changing innovation to the market,” said Robert Bagheri, Founder and CEO.

The team will introduce a new class of battery that would allow consumer electronics to operate three times longer than they do today, for electric cars to travel three times farther, or drastically reduce the cost of renewable storage, and therefore the dependence on fossil fuels.

KeraCel is bringing to market a next-generation Lithium-ion solid-state battery design and manufacturing method that will allow production of cells with ceramic-based electrolytes and lithium metal anodes to achieve energy densities 2-3 times greater, improved safety, and at a cost of less than 50%, when compared to Lithium Ion cells today. The manufacturing process will allow virtually any shape or size of cell to be built for a multitude of applications without changing equipment or tooling under software control.