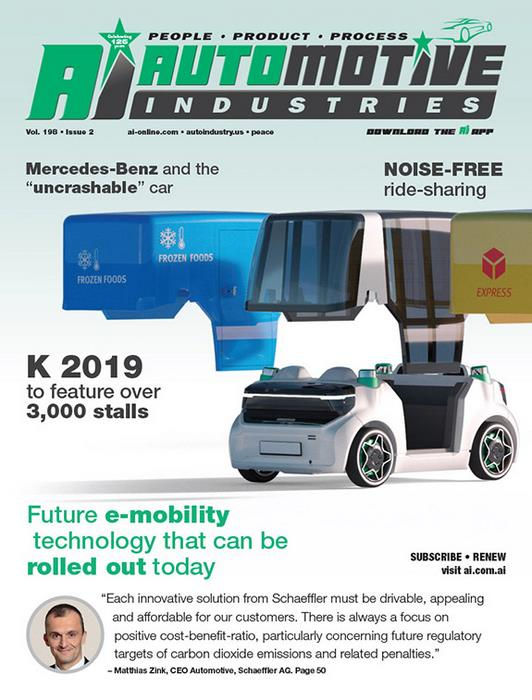 Global automotive and industrial supplier Schaeffler presented its interim report for the first three months of 2020. The Schaeffler Group’s revenue for the reporting period amounts to 3,282 million euros (prior year: 3,622 million euros). At constant currency, revenue for the period decreased by 9.2 percent, mainly driven by volumes. Revenue declined in all four regions during the first quarter. The decrease at constant currency amounted to 11.2 percent in the Greater China region, 10.4 percent in Europe, 9.3 percent in Asia/Pacific, and 6 percent in the Americas region.

The Schaeffler Group generated 215 million euros (prior year: 272 million euros) in EBIT before special items for the first three months, representing an EBIT margin before special items of 6.5 percent (prior year: 7.5 percent). The decline from the prior year was primarily attributable to the decrease in gross margin. The margin decrease was mainly driven by the adverse impact of volumes on fixed costs.

Automotive OEM revenue down 12 percent, Q1 outperformance 11 percentage points The Automotive OEM division generated 2,008 million euros in revenue (prior year: 2,285 million euros) for the first three months. At constant currency, revenue decreased by 12 percent from the prior year, mainly driven by volumes. The drop in revenue was primarily caused by the impact of the coronavirus pandemic, which considerably weakened automotive sector demand, lowering Automotive OEM division demand as well. Global automobile production for the first quarter was significantly affected by temporary production shutdowns and declined by 23 percent in the first three months of 2020. Automotive OEM division outperformance was a considerable 11 percentage points on that basis.

The Schaeffler Group earned 50 million euros (prior year: 113 million euros) in EBIT before special items in the first quarter. This resulted in an EBIT margin before special items of 2.5 percent for the period, significantly less than the 4.9 percent EBIT margin reported in the prior year. The decline was primarily attributable to the lower gross margin that resulted from the adverse impact of volumes on fixed costs.

Automotive Aftermarket revenue up 1.5 percent, EBIT margin at 17.1 percent (adjusted) The Automotive Aftermarket division reported an increase in revenue for the reporting period of 1.5 percent at constant currency to 446 million euros (prior year: 443 million euros) as a result of considerable revenue growth in the Europe region, the region generating the highest revenue by far. The favorable revenue trend in Europe more than offset the revenue decline in the remaining three regions. The additional 5.6 percent in revenue in Europe, at constant currency, was primarily attributable to the encouraging performance of the Independent Aftermarket business (IAM) in the Central and Eastern Europe subregion. In the Western Europe subregion, measures to contain the coronavirus significantly weakened the Independent Aftermarket business. The revenue increase in Europe contrasted with a 4.7 percent decline in revenue in the Americas region, largely driven by the decline in IAM business revenue in the South America subregion. The OES business (Original Equipment Service) in the U.S., on the other hand, grew – its revenue rose considerably due to increased requirements. The Greater China region saw its revenue fall sharply by 24.9 percent at constant currency, while revenue in the Asia/Pacific region was down 9.9 percent.

These developments resulted in EBIT before special items of 76 million euros (prior year: 69 million euros), representing an EBIT margin before special items of 17.1 percent (prior year: 15.5 percent). The improvement over the prior year is primarily attributable to the increased gross margin and improved functional cost structure. The division’s gross margin rose as a result of higher sales volumes and benefited from a change in product mix.

Industrial division revenue down 7.5 percent, EBIT margin at 10.7 percent (adjusted) The Industrial division generated 828 million euros (prior year: 893 million euros) in revenue in the first quarter in a challenging market environment. At constant currency, revenue declined by 7.5 percent. Especially the Europe, Americas, and Asia/Pacific regions reported considerable crisis-related declines in revenue for the first quarter of 2020. In contrast, a double-digit growth rate was reported by the Greater China region, where particularly the wind sector cluster expanded considerably. The power transmission and raw materials sector clusters contributed to growth as well. The region’s constant-currency revenue growth amounted to 21.4 percent, while revenue was down 15 percent in the Europe region, 14.1 percent in Asia/Pacific, and 9.5 percent in the Americas region.

The Industrial division generated approximately 88 million euros (prior year: 90 million euros) in EBIT before special items for the first quarter, representing an EBIT margin before special items of 10.7 percent (prior year: 10.1 percent). The favorable margin trend benefited from the stable gross margin, among other things. The adverse impact of volumes on fixed costs was more than offset, in part by the favorable impact of pricing.

Good liquidity position, countermeasures, and high-quality balance sheet strengthen crisis management The impairment of goodwill in the Automotive OEM division reduces the risk of further impairments in the balance sheet. By taking this conservative approach to valuation, the Schaeffler Group has responded to the increase in uncertainty regarding the division’s future course of business as a consequence of the coronavirus pandemic, thus improving the quality of its balance sheet.

Additionally, the Schaeffler Group continued or initiated measures to further lower the group’s costs during the reporting period, partly in response to the coronavirus crisis, such as introducing short-time work, using up vacation days and hours in time accounts, imposing hiring freezes, scaling down trade show participation, cutting the marketing budget, and temporarily closing plants. The Board of Managing Directors also decided to increase the number of jobs to be included in the voluntary severance scheme in Europe from 1,300 to 1,900.

Furthermore, the Schaeffler Group has additionally bolstered its liquidity position by issuing a Green Schuldschein totaling approximately 350 million euros as communicated on April 9, 2020. “The Schaeffler Group has a very comfortable liquidity position. We had already increased end of last year the existing Revolving Credit Facility from 1.5 billion euros to now 1.8 billion euros and obtained further new bilateral lines of credit totaling 200 million euros back in mid-December 2019. Our next significant maturities are not due until 2022,” said Dietmar Heinrich, CFO of Schaeffler AG.

Specific guidance for 2020 currently still not possible On March 24, 2020, the Board of Managing Directors of Schaeffler AG suspended the full-year guidance for 2020 for the Schaeffler Group and its divisions that had been published on March 10, 2020, due to the worldwide spread of the coronavirus pandemic and the resulting implications for the company’s results of operations. Currently, neither the further course of the pandemic nor its economic implications can be reliably estimated. The Schaeffler Group currently expects its revenue growth at constant currency, EBIT margin before special items, and free cash flow before cash inflows and outflows for M&A activities for the full year 2020 to be below the corresponding prior year level.

“The coronavirus pandemic confronts us with unprecedented challenges. Our results for the first quarter of 2020 are robust. The positive development of our free cash flow is particularly encouraging. We are reaping the benefits of having started to proactively manage our capital expenditures and working capital last year. Combined with our comfortable liquidity position and the high quality of our balance sheet, we are confident that we will successfully overcome the current crisis. The second quarter will be difficult. We will continue to consistently carry out the countermeasures we have put in place,” stated Klaus Rosenfeld, CEO of Schaeffler AG.

The Schaeffler Group is a leading global supplier to the automotive and industrial sectors. Its portfolio includes high-precision components and systems for engine, transmission, and chassis applications as well as rolling and plain bearing solutions for a large number of industrial applications. The Schaeffler Group is already shaping “Mobility for tomorrow” to a significant degree with innovative and sustainable technologies for electric mobility, digitalization, and Industry 4.0. The technology company generated sales of approximately EUR 14.4 billion in 2019. With around 86,500 employees, Schaeffler is one of the world’s largest family companies and, with approximately 170 locations in over 50 countries, has a worldwide network of manufacturing locations, research and development facilities, and sales companies. With almost 2,400 patent applications in 2019, Schaeffler is Germany’s second most innovative company according to the DPMA (German Patent and Trademark Office). 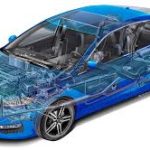 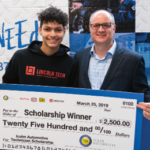 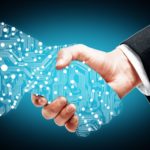 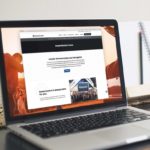 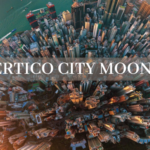 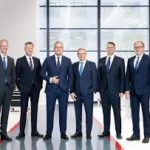