Even though the coronavirus pandemic is still hampering certain sectors of the economy, and the Brussels motor show is not taking place as a result, ALVANCE Aluminium is continuing to work on innovation and development of aluminium supply for the industry. The demand for lighter vehicles, vehicles with reduced emissions and fuel consumption, electric and autonomous driving vehicles is a trend that ALVANCE is closely monitoring in order to support its customers in this evolution.

Located in Belgium, ALVANCE Aluminium Duffel, (previously owned by Aleris), has over 30 years’ experience in the use of aluminium in the automotive sector and supplies major car manufacturers and suppliers around the world. Aluminium is used in car bonnets, doors, boot lids and wings, among other things. Thanks to the recent acquisition by the ALVANCE Aluminium Group, this factory can continue to invest in innovation and automation to deliver an even better, more tailored product. The use of aluminium in cars is increasing significantly. We are currently seeing an increase of 19% compared to 2016. By 2025, we will see an additional growth of 11% per car due to the fact that aluminium is light and therefore has a strong positive impact on reducing car emissions.

The huge increase in the number of electric cars that require the lightest possible battery housing will further increase the amount of aluminium per car.

Cars must also be sustainable. ALVANCE Aluminium Duffel recently obtained the ASI (Aluminium Stewardship Initiative) Chain of Custody certificate, which demonstrates that it purchases and produces sustainable materials. ALVANCE Aluminium Duffel recycles its own scrap and also has closed loop recycling programmes with clients. In this way, the company is contributing to ALVANCE’s aim of being carbon neutral by 2030.

Additionally the aluminium used at Duffel is produced by sister company ALVANCE Aluminium Dunkerque, the largest smelter in Europe and also one of the greenest as the carbon content of its finished product is amongst the lowest on the market. The smelter is also ASI accredited under the body’s Performance Standard for responsible production, sourcing and stewardship of aluminium. “Aluminium alloys are ideally suited for the design challenges of electric and autonomous vehicles. We’re committed to working in partnership with the industry in a proactive and integrated way, and our customers recognise this as something which can support their plans for growth and innovation in a sustainable and environmentally conscious manner,” says Geert Vannuffelen, General Manager of ALVANCE Aluminium Duffel.

Headquartered in Paris, ALVANCE Aluminium Group, is part of the GFG Alliance and a leading GREENALUMINIUM producer, is a global integrated aluminium business bringing together assets across the aluminium supply chain from raw materials to finished components. With current primary aluminium production capacity of 332,000 tonnes per annum, ALVANCE Aluminium delivers low carbon products in consumer goods and industries such as automotive, food and drink, medical supplies and printing. ALVANCE Aluminium owns and operates the only smelter in the United Kingdom, powered entirely by hydro energy as well as Europe’s largest aluminium smelter in Dunkerque, France which is Aluminium Stewardship Initiative (ASI) certified for responsible production, sourcing and stewardship of aluminium. ALVANCE Aluminium aims to champion sustainable industry with a mission to become Carbon Neutral by 2030 (CN30). 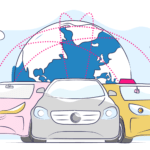 Karhoo, the B2B marketplace platform for mobility is increasing its leading position on the market with a bigger network of dispatch solution provider partners for the taxi and PHV industry 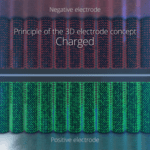 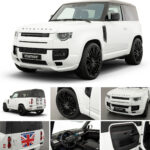 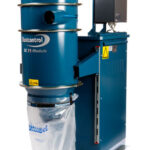