When embarking on their digitalization / IIoT (industrial internet of things) journey, machine and plant manufacturers are often unsure how to approach things – which steps come first, which can wait and which may be entirely superfluous. This article sums up the current experiences of mechanical engineering customers of the HARTING Technology Group and shows how this important but also tremendously multifaceted topic can be mastered.

The topics of digitalization / IIoT of production systems are omnipresent in the general reporting media, as well as featuring heavily in the specialist media. More and more new keywords are emerging in the process. Companies such as Amazon and Uber are often cited as examples, demonstrating to the whole world how digitalization strategies can be used to achieve economic success through the consistent digitalization of online trade and logistics (Amazon) or through the digitally mediated use of existing resources (Uber). Consequently, OEMs of capital goods are also asking themselves: Can we achieve similarly rapid success with digitalization, and if so, how?

First of all, the topic of digitalization / IIoT for production systems needs to be further narrowed down. We will consider possible digitalization steps along the typical machine lifecycle (VDMA) or, more precisely, only those measures that relate to products, services or other performances that can be offered to an end user. We will not consider entirely new technologies and business models which are technically conceivable, but currently have no legal framework (such as machine-to-machine order and payment, for example). One fundamental aspect should be mentioned in advance. Some experts question whether digitalization and IIoT technologies in mechanical and plant engineering have any potential at all to bring about fundamental or even disruptive changes in existing business models. As the author, business angel and former CTO of IBM, Dr. Gunter Dueck, comments in this context: “When the Deluge comes, build ships, not dikes … Are we building ships to set sail to the digital future continent? That would mean that we are looking for digital innovations that would shape our new age”. 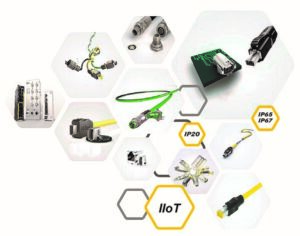 example, summarized the state of affairs in the foreword to a 2016 study as follows: “Industry 4.0 has arrived in German mechanical and plant engineering. Companies are taking a ABOVE: Modularity and scalability as exemplified by HARTING Ethernet interfaces.

A study “Digitalization in Mechanical Engineering” by the Hans Böckler Foundation in 2018 sizes things up in more concrete terms and quotes an expert from a German company: “We will definitely remain mechanical engineers and not become a software house.” But we need software and networking to sell our machines better and make sure that they remain attractive. Based on digitalization, we want to help customers to solve their problems better. “Above all, we want to leverage the digital potentials to ensure that no one comes between us and our customers. This is a forward strategy, coupled with a hedging strategy, so that no disruptor – Amazon, Google, Microsoft or similar players – ends up alienating us from our customers”. In the final instance, competitive pressure leaves OEMs of capital goods no other option: they must face up to the emerging digitalization! So, it is not a question of whether, but how. The current state of digitalization and the necessary priorities in mechanical and plant engineering, however, are assessed quite differently by the parties involved. The IMPULS Foundation of the VDMA, for example, summarized the state of affairs in the foreword to a 2016 study as follows: “Industry 4.0 has arrived in German mechanical and plant engineering. Companies are taking a leading role, especially as providers of digitally networked technologies and services … For customers around the world, additional added value is being created”. Gunther Kegel, Chairman of the Board of Pepperl+Fuchs and current ZVEI President commented as follows in an interview in June 2018: “However, I do think that … our pace moving forward is rather slow. The possibilities are so diverse that we have to choose very consciously for which of the many resources are used, degrees of freedom are allowed and perhaps something new will be established. It has to be weighed up what has to be implemented and what not yet, because it still seems too far away.”

“A decisive development towards the digital company is the integration of platform solutions, both at the process and service levels as well as at the sales level. In the meantime, three out of four companies in the sector state that such IIoT platforms are important for them, and almost 30 percent are already using corresponding solutions”.

This means that more than half of the German machine and plant manufacturers had not yet taken any action on the topic of digitalization / IIoT. The situation is similar in other countries with a comparable mechanical engineering industry./ But what success patterns can be observed among mechanical engineering customers of the HARTING Technology Group and what concrete steps can be recommended? As an OEM for production systems, it is important to identify the most important players in the field of digitalization / IIoT in the industry – and consider their role, capabilities and interests (see also VDI/VDE Status Report:

Moreover, digitalization in the field of capital goods cannot be viewed as an isolated trend, but must be embedded in key current trends. The most important ones are:

All these requirements can only be reconciled very efficiently in machine and plant construction, both in technical and economic terms, if production systems are consistently modularized, scalable in various stages of expansion and, in the final instance, also networkable. Only with modular networked machines will one be economically successful in the long term – more details are described in the HARTING article on modularization: “How granular can production technology be?” So, it is precisely the modularity and the possibilities of scalability and expandability of existing systems – a “state of the art” of “hardware” in modern mechanical engineering – which from today’s point of view is the key to the success of digitalisation (IIoT)! This is also illustrated by two examples from “related” areas: 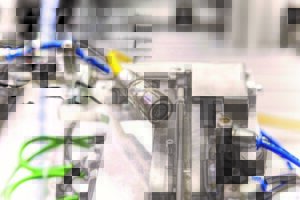 How can digitalization be shaped and designed successfully for an OEM?

Evaluating the experience of HARTING customers in different sub-segments of the mechanical engineering industry and in different countries, three aspects must first be considered:

1. The functions and existing software elements of the basic, initial system must be prioritized: Key functions that reflect the core competence of the OEM Basic functions that apply across the entire system, but do not impact on the core know-how Add-on or auxiliary functions that are secondary for the OEM and the end user, and are usually purchased as sub-systems.

2. In the next step, collect the expert knowledge of the end users (customers) and own experts relevant to possible digitalization projects and give preference to high[1]priority functions and software elements. Possibly compare with the know-how of competitors and develop a list of requirements. This list must be modular throughout and as specific as possible in terms of prioritized functions and software elements;

3. Now it is necessary to assess the feasibility of digitalization for individual functional modules. In this step it is advisable to involve all in-house OEM experts along the performance and service provision chain – development & design, project planning & sales, production & assembly, documentation, service & after[1]sales services. Moreover, assessments can be obtained from external specialists and any specifications or standards that have already been drawn up can serve as a template (e.g. by Umati). Remember the sentence: “We will definitely remain mechanical engineers and will not become a software house”.

The biggest challenges for OEMs in these steps are:

The contradiction between the diverse individual requirements of the customers on the machines and the economic necessity to keep the number of modules / processes required for this (especially for key functions) small. OEMs are already solving this problem today by consistently “breaking down” their systems into logical units and pursuing modularization – in order to act economically when digitalizing here, the following should be considered.

• As much existing technological and machine-related data as possible should be used and aggregated at the “lowest” modular level for future digitalization projects, i.e. utilizing existing sources, data and machine and process models that are already in place. Particular attention should be paid to the previously unused or little used “intelligence” of the automation components, such as drives, sensors for machine or process states, etc. • 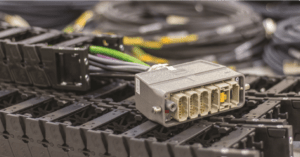 At all higher levels (edge and above) the most open, future-oriented standards possible for physical interfaces should be relied on, as well as the latest software and communication protocols.

Too broadly designed and not very concretely elaborated targets in combination with unduly high expectations regarding the economic effects of digitalization will result in frustration. On the one hand, relevant projects are often overloaded with expectations on the part of the OEM management, while on the other hand, they are also insufficiently equipped with resources. For the development, implementation and ongoing support of digitalization projects, it is therefore advisable not to want to achieve everything right away. Rather, the following should be considered:

• Sub-projects should be defined in terms of modules and focus on high-priority key functions;

• The design of the interfaces on the physical level as well as on the data level should always correspond to the latest state of the art and be open for subsequent software updates and extensions (especially for end users);

• The participants should be divided into interdisciplinary project groups, so that on the one hand a constant dynamic exchange of information can take place, while on the other hand, access to the management level of the OEM is possible at any time at short notice for the purpose of correcting objectives and targets;

Consequently, the overriding rule is as follows: If the modularity of digitalization projects (the “software”) follows the modularity of machines and systems (the “hardware”) and features the latest physical and data interfaces, as an OEM, you will then be providing an economically and technically optimal system for the current customer requirements. Such systems are also best equipped to cope with the constantly growing and partly still unknown future requirements! Interfaces play an important role in modular networked production systems: they are the “lifelines, nerve pathways and synapses” and create the necessary infrastructure for the module and machine transitions, the edge area, the factory and other superordinate levels. The HARTING Technology Group provides solutions for all interfaces that are essential in modern and future control, drive, HMI and communication technology for production systems, in order to implement and advance digitalization in this area without functional restrictions 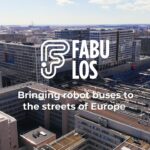 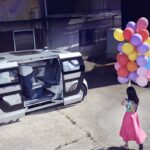 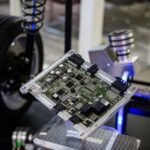 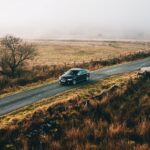 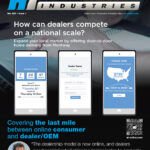 Montway Auto Transport - Closing the loop from factory to consumer 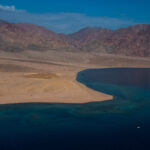