Racing around London’s iconic Royal Docks and ExCeL London exhibition centre*, the ABB FIA Formula E World Championship returns to the UK capital next week for the first time since 2016. The ExCel circuit will see the drivers compete along the River Thames waterfront and, thanks to the emissions-free nature of the Gen2 cars, the unique 2.25km track (with its 22 corners) will weave its way both inside and out of the ExCeL London venue – a first for top-level international motorsport.

Oliver Turvey, #8 NIO 333 FE 001
“I’m really excited to be able to race in London again! As a British driver, it will be special to be able to race in the capital city in front of home fans. The new track at the ExCeL looks challenging with half indoor and half outdoor making it unique. I will be working hard with the engineers in the simulator to prepare for this new circuit. We have made progress over the last races, so I hope to be able to show this in London and achieve the best result possible for the team.”

Tom Blomqvist, #88 NIO 333 FE 001
“We have a short turnaround after New York. It is great that we can finally return to London, as it’s another iconic city. It’s really cool that Formula E gets to race in the capital again after so many years. The circuit looks super tight, twisty and technical, with slow speed sections, so it’s going to be quite challenging in terms of getting the car set up right and over taking might be slightly difficult from what I have seen running on the sim. But, I think that it’s going to be another typical Formula E event – you’ve got to maximise what you’ve got. The track is going to pose new challenges, and we just have to keep our heads down and not lose faith. As a team we are giving it our all, as we have been doing all season long, and hopefully in London we can nip a few more points and have a good weekend.”

Christian Silk, NIO 333 Formula E Team Principal “I am so excited to be racing in London for the first time in my career. I joined NIO in 2017 and in all that time I have yet to race in this iconic city, something that has been a childhood dream.
The circuit itself is going to be really challenging. We are used to tight, technically challenging tracks, but I think this circuit is going to take that to a new level. With an emphasis on slow speed corners the teams are going to have to work on maximizing the grip in tight corners to give maximum apex speed and good traction on exit.
With London doing such an amazing job of encouraging electric mobility and improving air quality, it will be great to show the high-performance side of electrification in the capital.”

*ExCeL London opened in November 2000, in an area of huge regeneration in London’s historic Royal Docks. Today, ExCeL London has been at the forefront of the regeneration. Every year the venue hosts over 400 events, welcoming 40,000 exhibiting companies and over 4 million people, from across the globe.

About NIO 333 FE Team
The NIO 333 Formula E Team has participated (under different ownerships) in the FIA Formula E Championship since its inception and won the inaugural Drivers’ Championship title as Team China Racing in 2015. ‘333 Racing’ partnered with the team in September 2019 and entered in to the sixth season of the all-electric racing series as the NIO 333 FE Team. NIO, a global smart electric vehicle company, remains with the team as Primary Partner. The new organisation is fully managed and operated by motorsport management company, Shanghai Lisheng Racing Co. Ltd in China, while its European subsidiary (Brilliant in Excellence UK Ltd) responsible for Research and Development, technical support, marketing and media, is based in Oxfordshire, UK.  www.nio.com/formulae

About Formula E and the ABB FIA Formula E World Championship Formula E exists to accelerate sustainable human progress through the power of electric racing. The only sport certified net zero carbon since inception, Formula E was founded to counteract climate change by accelerating the adoption of electric vehicles.

The ABB FIA Formula E World Championship brings intense and unpredictable all-electric racing to the heart of iconic cities around the world. In its first six seasons Formula E crowned five different champions and celebrated 17 winners in 69 races. With more automotive manufacturers on the grid than any other motorsport, the ABB FIA Formula E World Championship is not only one of the most compelling racing series on the planet but also an unparalleled proving ground for race-to-road electric vehicle and sustainable mobility technologies.

Powered by purpose and united by a passion to deliver edge-of-seat racing, the positively charged Formula E community of teams, manufacturers, partners, broadcasters, host cities and fans work together to light up the world with the transformative power of electric racing. www.FIAFormulaE.com 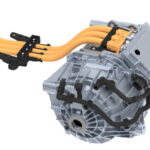 Schaeffler starts production of 2in1 electric axles in China 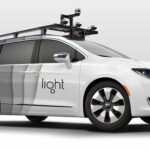 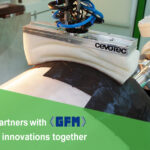 Next growth steps for Cevotec: Welcome GFM as new partner and shareholder, changes in management 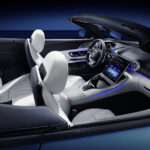 Exclusive insights into the interior of the new Mercedes-AMG SL 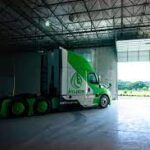 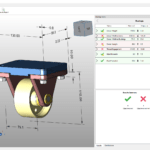