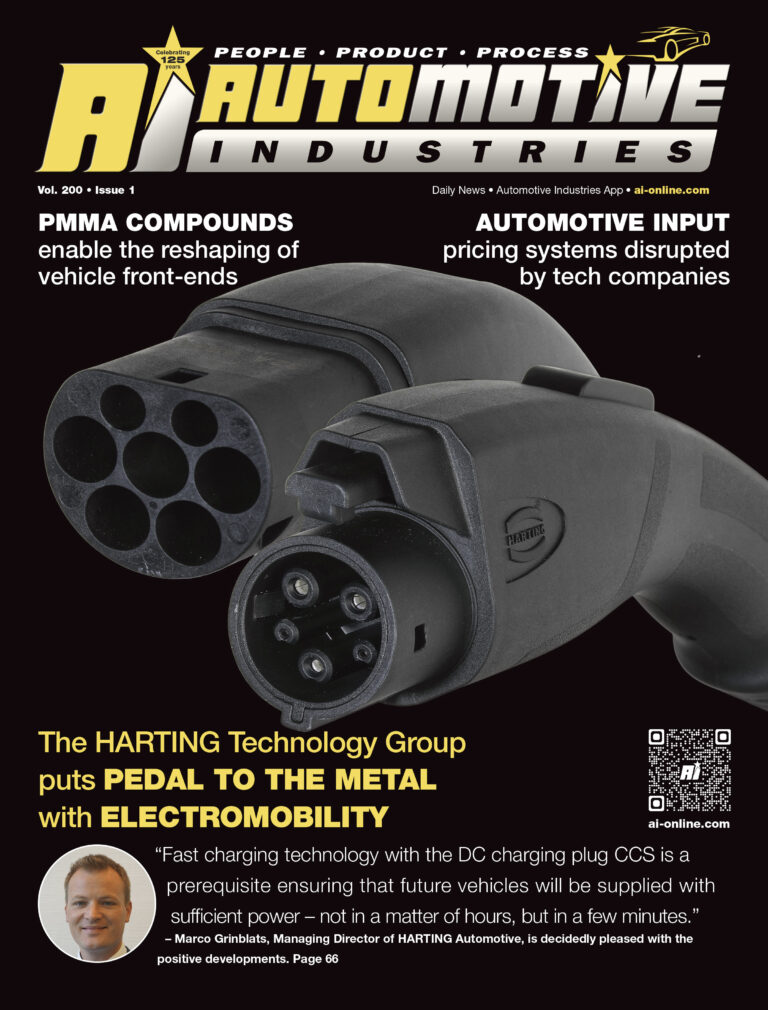 When embarking on their digitalization / IIoT (industrial internet of things) journey, machine and plant manufacturers are often unsure how to approach things – which steps come first, which can wait and which may be entirely superfluous.
This article sums up the current experiences of mechanical engineering customers of the HARTING Technology Group
and shows how this important but also tremendously multifaceted topic can be mastered.

The topics of digitalization / IIoT of production systems are omnipresent in the general reporting media, as well as featuring heavily in the specialist media. More and more new keywords are emerging in the process.

Companies such as Amazon and Uber are often cited as examples, demonstrating to the whole world how digitalization strategies can be used to achieve economic success through the consistent digitalization of online trade and logistics (Amazon) or through the digitally mediated use of existing resources (Uber). Consequently, OEMs of capital goods are also asking themselves: Can we achieve similarly rapid success with digitalization, and if so, how?

First of all, the topic of digitalization / IIoT for production systems needs to be further narrowed down. We will consider possible digitalization steps along the typical machine lifecycle (VDMA) or, more precisely, only those measures that relate to products, services or other performances that can be offered to an end user. We will not consider entirely new technologies and business models which are technically conceivable, but currently have no legal framework (such as machine-to-machine order and payment, for example).

One fundamental aspect should be mentioned in advance. Some experts question whether digitalization and IIoT technologies in mechanical and plant engineering have any potential at all to bring about fundamental or even disruptive changes in existing business models.

As the author, business angel and former CTO of IBM, Dr. Gunter Dueck, comments in this context:n”When the Deluge comes, build ships, not dikes …Are we building ships to set sail to the digital future continent? That would mean that we are looking for digital innovations that would shape our new age”.

A study “Digitalization in Mechanical Engineering” by the Hans Böckler Foundation in 2018 sizes things up in more concrete terms and quotes an expert from a German company: “We will definitely remain mechanical engineers and not become a software house.”

But we need software and networking to sell our machines better and make sure that they remain attractive. Based on digitalization, we want to help customers to solve their problems better.

“Above all, we want to leverage the digital potentials to ensure that no one comes between us and our customers. This is a forward strategy, coupled with a hedging strategy, so that no disruptor – Amazon, Google, Microsoft or similar players – ends up alienating us from our customers”.

In the final instance, competitive pressure leaves OEMs of capital goods no other option: they must face up to the emerging digitalization!

So, it is not a question of whether, but how. The current state of digitalization and the necessary priorities in mechanical and plant engineering, however, are assessed quite differently by the parties involved. The IMPULS Foundation of comthe VDMA, for example, summarized the state of affairs in the foreword to a 2016 study as follows: “Industry 4.0 has arrived in German mechanical and plant engineering. Companies are taking a leading role, especially as providers of digitally networked technologies and services … For customers around the world, additional added value is being created”.

Gunther Kegel, Chairman of the Board of Pepperl+Fuchs and current ZVEI President commented as follows in an interview in June 2018: “However, I do think that … our pace moving forward is rather slow. The possibilities are so diverse that we have to choose very consciously for which of the many resources are used, degrees of freedom are allowed and perhaps something new will be established. It has to be weighed up what has to be implemented and what not yet, because it still seems too far away.”

“A decisive development towards the digital company is the integration of platform solutions, both at the process and service levels as well as at the sales level. In the meantime, three out of four companies in the sector state that such IIoT platforms are important for them, and almost 30 percent are already using corresponding solutions”.

This means that more than half of the German machine and plant manufacturers had not yet taken any action on the topic of digitalization / IIoT. The situation is similar in other countries with a comparable mechanical engineering industry./

But what success patterns can be observed among mechanical engineering customers of the HARTING Technology Group and what concrete steps can be recommended?

As an OEM for production systems, it is important to identify the most important players in the field of digitalization / IIoT in the industry – and consider their role, capabilities and interests (see also VDI/VDE Status Report: OEMs – providers of individual machine modules or complex machines / systems – have the know-how to offer machine users the key functions as the most important differentiating feature in VDMA, for example, summarized the state of affairs in the foreword to a 2016 study as follows: “Industry 4.0 has arrived in German mechanical and plant engineering. Companies are taking a leading role, especially as providers of digitally networked technologies and services … For customers around the world, additional added value is being created”.

Gunther Kegel, Chairman of the Board of Pepperl+Fuchs and current ZVEI President commented as follows in an interview in June 2018: “However, I do think that … our pace moving forward is rather slow. The possibilities are so diverse that we have to choose very consciously for which of the many resources are used, degrees of freedom are allowed and perhaps something new will be established. It has to be weighed up what has to be implemented and what not yet, because it still seems too far away.”

“A decisive development towards the digital company is the integration of platform solutions, both at the process and an economically successful manner, and to expand these functions to include digital IIoT components and services.

Suppliers of automation components – suppliers of PLC, CNC, industrial PC, HMI, drive systems, measurement technology, sensors etc. – have been mainly producing digital controller-based systems; these use digital signals and information for the direct control of machines and processes and can also easily aggregate these further.

Software providers for production control at the factory/enterprise level – providers of ERP, MES and similar management software systems – command an extremely high level of expertise in the control of business processes and handling of large data volumes; however, they rarely have direct access to machine- and process-related data.

Platform providers for new business models – still poorly represented in the capital goods sector – are well-known names in the B2C sector, e.g. Amazon & Co. But there is also activity in B2B, as the growing demand for subscription models (“Pay per Use”, “Pay per Month”, “Pay per Unit” etc.) is raising hopes among these providers of being able to establish themselves in the market with benefit and service-oriented models.

Users/operators of machines and plants – on the one hand hold the greatest expert knowledge in the everyday use of machines and plants and the associated technologies; they also know the most about the problems in the background; on the other hand, they are also the strongest “beneficiaries” of ongoing technical development, including digitalization in all its facets.

Moreover, digitalization in the field of capital goods cannot be viewed as an isolated trend, but must be embedded in key current trends.

The most important ones are:

Industry 4.0 / industrial production of individual products – End users expect an increasingly high variability of manufacturing systems: it must be possible to manufacture the widest possible range of products in small to medium quantities harnessing the same system.

Production plants must be scalable and offer options for cost-effective subsequent expansion of existing systems in terms of capacity and output.

Users’ expectations of the interoperability of machine modules and sub-systems are constantly on the rise; machines and machine modules from different suppliers should be as easy as possible to combine in a single production line. This results in greater comparability and tougher competition for OEMs.

All these requirements can only be reconciled very efficiently in machine and plant construction, both in technical and economic terms, if production systems are consistently modularized, scalable in various stages of expansion and, in the final instance, also networkable. Only with modular networked machines will one be economically successful in the long term – more details are described in the HARTING article on modularization: “How granular can production technology be?”

So, it is precisely the modularity and the possibilities of scalability and expandability of existing systems – a “state of the art” of “hardware” in modern mechanical engineering – which from today’s point of view is the key to the success of digitalisation (IIoT)!

This is also illustrated by two examples from “related” areas:

The modularization of today’s industrial PLC, CNC and HMI systems is proverbial. The respective hardware and the development environment involved here is designed for each concrete application according to the principle of “only as much as necessary”; but if necessary, these can also be designed for subsequent upgrades, which applies in particular to the data interfaces; in this case, subsequent expansion, the “growth” of control software in delivered systems is in principle no problem – and only limited by the know-how of the given OEM supplier.

The scalability of high-performance drive systems consisting of a servo-inverter and a servo-motor is nowadays very often not realized by the manufacturer via the hardware, but only through the software (similar to the “chip tuning” of combustion engines). Consequently, the hardware is identical for simple and “high-end” products, and only the software determines the functionality and performance of a concrete system at the customer’s site.

Since the economic success of digitalization in the mechanical engineering industry can vary greatly from segment to segment, and depends among other things on company focus and business models, we will not make any recommendations here. 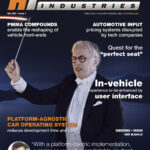 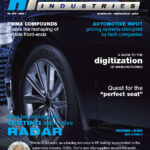 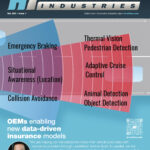 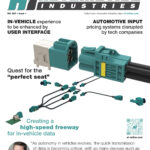 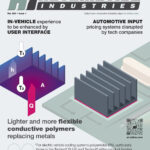 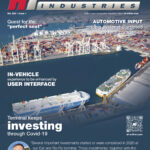