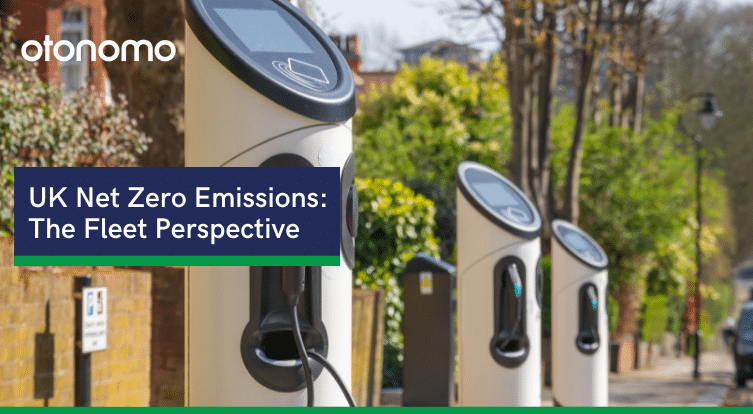 Net Zero Emissions refers to a state in which the amount of greenhouse gases produced is balanced by the amount removed from the atmosphere. The Paris Agreement underlines the need for Net Zero, requiring participating countries to achieve this standard by the second half of this century. However, reaching Net Zero emissions effectively will be a challenging mission. Alongside deep and widespread cuts to emissions (including some unavoidable emissions from aviation, manufacturing and other industries), member countries will need to scale up emission removals. Greenhouse gas removal is a naturally occurring phenomenon, being a part of the photosynthesis performed by plants taking carbon dioxide from the atmosphere and releasing oxygen, and is supplemented by new technologies and industrial processes.

The UK Government has set ambitious climate change targets
The UK government has announced an ambitious climate change target, aiming to cut emissions by 78% by 2035 compared to 1990 levels. This means reaching the previous goal of 80% emission reduction by 2050 15 years ahead of schedule, with the ultimate goal being Net Zero by 2050. Bringing Greenhouse Gas Emissions (GHG) down 44% between 1990 and 2019, “the UK over-achieved its first and second carbon budgets and is on track to outperform the third carbon budget which ends in 2022”. As part of the Net Zero strategy, a Zero-Emission Vehicle (ZEV) mandate requires automotive manufacturers to offer increasing numbers of zero emission cars. The ZEV mandate also provides clarity on how many new electric vehicles must be sold in the future, making planning the transition to EV, that includes charge points infrastructure, service training for electric vehicles repair etc. easier to plan.


Fleets will play a key role in UK’s Net Zero Emissions execution
According to the government’s Transitioning to zero emission cars and vans: 2035 delivery plan,

“Fleet operators transitioning to zero emission cars and vans are key to ensuring our decarbonization ambitions and enabling the UK to attract a sufficient supply of vehicles. Fleets represented almost 60% of all new car and van sales in 2019.”

In 2020, transportation accounted for 29.8% of all UK’s CO2 emissions, compared to 33.1% in 2019, the large majority coming from road transport. HGVs (Heavy goods vehicles), which are just 1% of the vehicles on UK roads, accounted for 16% of the emissions, second only to cars and vans.

The UK’s transport decarbonization plan reflects the key role the fleet industry plays in achieving the Net Zero ambitious targets. The plan includes a commitment to end the sale of new petrol and diesel vehicles by 2030, and a demand that all new cars and vans (up to 3.5 tons) be fully zero emissions capable by 2035. The transport decarbonization plan recognizes that the vehicles bought by fleets play an important role in feeding the second-hand market.

The end date for new non-zero emission heavy vans and trucks (HGVs) sales was set to 2040. However the Department for Transport (DFT) has launched a consultation on when the moratorium will go into effect and on whether to increase the maximum permissible weights for zero emission and alternatively fueled HGVs making domestic journeys.

In order to set an example, the government committed to transitioning 25% of its fleet to ultra-low emission vehicles (ULEVs) by 2022, and to becoming fully electric (with over 40,000 vehicles) by 2027. Currently, 31% of the DFT (Department for Transportation) fleet is classed as ultra-low emission.

The EV100 coalition, made up of major global companies committed to accelerating the transition to electric vehicles (EVs), has launched the UK Electric Fleet Coalition, which has secured commitments to transition more than 700,000 vehicles to zero emission vehicles (ZEVs) by 2030.

But there is a need for more clarity on future tax rates
The increasing number of EVs on the road largely depends on maintaining low company car tax for electric vehicles (EVs). Low tax rates and the five-year roadmap on future charging have become one of the biggest drivers of zero emission vehicle uptake in the UK. Driving a surge in decarbonization of company vehicles by up to 22%.

But this momentum is at risk. The transport decarbonization plan includes a commitment to keeping low BIK (Benefit-in-Kind) tax rates for zero emission company cars, only until March 2025. A sudden increase in BIK after March 2025 can shatter the affordability of EVs.

Tax certainty will be the driving force behind the success of fleet electrification and Net Zero deadlines. Lack of BIK assurance may deter EV adoption, due to the risk of a jump in taxation.

According to the DFT, zero emission cars will be exempted from Vehicle Excise Duty (VED) until at least March 2025 and businesses are eligible to an enhanced capital allowances when buying a new zero emission car for business use.

And charging infrastructure needs to support the EV uptake
Widely available public-charging infrastructure is one of the tallest hurdles to achieving EV transition confidence. The decarbonization plan makes a commitment to support the private sector and deliver at least six rapid charge points to every motorway service area in England by 2023. The Office for Zero Emission Vehicles expects to have 2,500 Rapid Charge Points (RCF) by 2030, and 6,000 RCFs across England’s motorways and major A roads by 2035. Recently announcing a £1.3 billion investment over the next 3 years to support the creation on an EV charging infrastructure.
The EU’s “Fit for 55” plan
The UK’s decarbonization announcement was published at the same time as the EU’s ‘Fit for 55’ decarbonization plan. Fit for 55 sets an intermediate target of at least 55% reduction in greenhouse gas emissions by 2030, compared to 2021 levels. The European Commission proposes to set emissions targets to below 1990 levels by 2030 to accelerate the previous plan. This is a substantial increase – at least 40% – compared to the previous target. The EU will ban the sale of new petrol and diesel cars by 2035, aiming to become Net Zero Emissions by 2050 To reduce range anxiety and boost EV adoption, the proposed EU legislation requires installation of public charging points, on major roads, no more than 60km (37.3 miles) apart by 2025.
Get Ready for the EV fleet Management Era
Transitioning and managing an EV fleet comes with a new set of challenges, including how to best benefit from the new opportunities offered by the UK’s new ambitious carbon emission goals. To ensure a fully functioning EV fleet, data needs to be constantly collected and analyzed to maintain an optimal charging schedule – state of charge, battery health, charging behavior, energy consumption etc. Otonomo multi-layered data and mobility intelligence facilitate the transition to electrified mobility, helping EV charging operators and fleets to actively address EV challenges and achieve Net Zero goals .
Want to learn more and prepare for an EV future? Click here to schedule a call with our data expert. 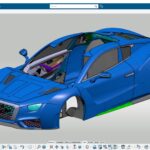 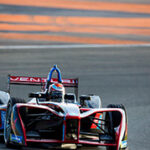 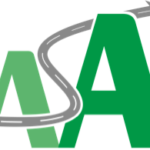 THE AUTOMOTIVE SERDES ALLIANCE (ASA) HAS IT ALL 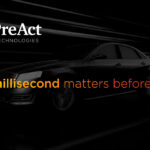 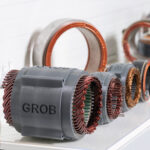 Manufacturing and Assembly of the Electric Powertrain: Quickly and Reliably Developing In-house Production