A date for car lovers to put in their diary: ‘The Car of the Year 2022’ awards ceremony will be streamed online, live from Geneva, on Monday 28 February 2022 at 5 pm (CET). The Geneva International Motor Show (GIMS) team is organising the ceremony for the automotive sector’s most sought-after award for the eleventh time, in collaboration with the jury. Although the show has been cancelled for 2022 due to the pandemic, the awards ceremony, which normally marks the start of the press days, will once more be held as a live stream. As a result, it will start at 5 pm, two hours later than usual.

The 61 jury members of ‘The Car of the Year’ have the honourable duty of crowning the winner of one of the most prestigious, sought-after awards in the automotive world. As part of this, motoring journalists from 23 countries give points to their favourites, and the outcome of this vote remains a strictly-guarded secret until the awards ceremony, with each country’s points counted as part of a celebratory event. The trophy of ‘The Car of the Year’ has been awarded since 1964 – but which of these seven finalists will be able to take it home with them this year? The Cupra Born, Ford Mustang Mach-E, Hyundai Ioniq 5, Kia EV6, Peugeot 308, Renault Mégane E-Tech or the Škoda Enyaq iV? Six of them are fully electric cars, with the seventh model available in either a petrol or a diesel version, or as a rechargeable plug-in hybrid.

‘The seven finalists reflect the impressing shift towards electric drives that is currently being seen in the automotive industry,’ says Frank Janssen, jury president for ‘The Car of the Year’. He’s looking forward to the awards ceremony on 28 February 2022: ‘We’re so grateful to the team at the Geneva International Motor Show that we’re once again able to broadcast our voting ceremony virtually this year. Of course, we’d be delighted to be able to ring in an in-person show next time, but the digital events we’ve held over the past two years have also been very successful. That’s why it makes perfect sense for us to once again crown our prize-winners in Geneva and broadcast the counting of the jury’s votes to the entire world from there.’

As the CEO of the Geneva International Motor Show, Sandro Mesquita is well aware of the appeal of ‘The Car of the Year’ awards ceremony: ‘We’ve seen a great deal of interest in the live streams over the past two years. That’s why, this year, we’re doing everything we can to put on an exciting award ceremony again.’ At the same time, Sandro Mesquita emphasises that solely broadcasting ‘The Car of the Year’ in digital form is not going to be a permanent change: ‘We’re working hard to ensure the next Geneva International Motor Show can take place in 2023.’

‘The Car of the Year 2022’ awards ceremony will be live-streamed on the Geneva International Motor Show’s website (www.gims.swiss) on Monday 28 February 2022, from 5 pm (CET) onwards.

About ‘The Car of the Year’
‘The Car of the Year’ trophy has been awarded since 1964, and is the most prestigious, sought-after moniker in the automotive world. ‘The Car of the Year’ is supported by nine major publications across Europe: ‘Auto’ in Italy, ‘Autocar’ in the UK, ‘Automobil Revue/Revue Automobile’ in Switzerland, ‘Autopista’ in Spain, ‘AutoTrends’ in Belgium, ‘Autovisie’ in the Netherlands, ‘Firmenauto’ in Germany, ‘L’Automobile Magazine’ in France and ‘Vi Bilägare’ in Sweden. The jury 2022 is composed of 61 motoring journalists from 23 countries, who individually test and rate the seven models available to vote for in the final. These seven have previously been whittled down from a total of 39 new vehicles as part of an initial voting round.

About the ‘Geneva International Motor Show’ (GIMS) The Geneva International Motor Show has been a launchpad for the future of mobility since 1905. Widely recognised as Europe’s most important automobile exhibition, and one of the most prestigious and influential in the world, each show attracts over 10,000 journalists and more than 600,000 visitors to Geneva. The organiser and rights holder of GIMS is the Geneva-based foundation ‘Comité permanent du Salon international de l’automobile’. 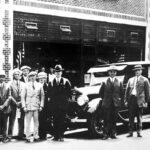 Zurich recognizes 100 years of service to the auto industry 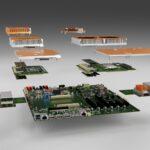 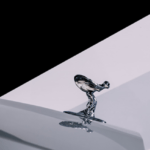 Spirit of Ecstasy redesigned for most aerodynamic Rolls-Royce ever 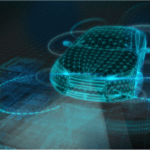 Strategic Collaboration Announced Between The Autoware Foundation and AVCC