Yasushi Tanaka assumed the reins as Yokohama Tire Corporation’s (YTC) new president and CEO six months ago in July 2011…and hit the ground running. Tanaka came from YTC’s parent company, Tokyo, Japan-based The Yokohama Rubber Co., Ltd. (YRC), where he was instrumental in developing the company’s Grand Design 100 corporate philosophy. In this Q&A, Tanaka touches upon several key tire industry issues as well as his vision for YTC.

Question: As co-architect and co-founder of the Grand Design 100 plan (GD100), what insight can you share about it?

Tanaka: The GD100 is a four-phase management plan and corporate philosophy that was established in 2005 and will be completed in 2017, which coincides with the 100th anniversary of Yokohama. Phase I’s main target was achieving stable growth. Phase II – which began in 2009 and ended in 2011 – targeted quality growth. Phase III will start in 2012, followed by Phase IV in 2015, which will culminate in 2017. While at YRC in Japan, I worked at Yokohama’s corporate planning department from 2007 to 2011 where one of my main responsibilities was to develop Phase II of the GD100 program.

Question: Did you achieve everything you wanted for Phase II?

Tanaka: The earthquake and tsunami in Japan last March slowed us down, but our focus remains fixed on our target.

Question: You were in Japan during the earthquake and for the aftermath. How is the recovery going?

Tanaka: About a month after the March 11 disaster, I visited Sendai, which is located in Northern Japan. It is one of the cities devastated by the earthquake and tsunami. On the way back to Tokyo, I took a plane from the recently reopened Sendai Airport. The scenes from the plane were terrible.

One month had passed, but the damage was far beyond my imagination. Humankind could do nothing in the face of the earthquake and tsunami.
There was no major damage to any Yokohama tire plants, but Yokohama’s Ibaraki plant for industrial hoses was damaged and forced to shut down for a few days. In addition, some of the domestic sales offices and warehouses were damaged. One employee died in the tsunami.

Immediately after the earthquake, we couldn’t get some raw materials, which impacted our plant operation. Currently, the raw material supply problems are resolved, but there is still an electric supply shortage in Japan because the nuclear power plants have been shut down. Most Japanese companies, including Yokohama, are trying to reduce electricity consumption by reworking operation shifts. This is what I mean when I said earlier that our focus remains on quality growth. We are doing our best, despite challenges, to stay true to progress.

Question: Speaking of quality growth, what are its main components? Is plant expansion one element?

Tanaka: Yes. The growth phase is broken into two parts. One part is dedicated to increasing sales, number of employees, plant expansion and worldwide company growth. The second part is quality growth, which focuses on efficiency and profitability.

Question: Is the Salem [Virginia] plant included in the GD100?

Tanaka: Yes, most of our subsidiaries have plants based on GD100 plans.

Question: Did [outgoing YTC President] Takao Oishi brief you on living and working in the U.S. and about the American marketplace for YTC?

Tanaka: Yes, before coming to America I talked to Mr. Oishi. We still talk regularly on the telephone. His advice was to do what I think is best for YTC. Currently, I’m focusing on suitable procedures for YTC. The company has its own systems and mechanisms, and some need updating so the company will be even more modern and efficient.

I want to make YTC remarkably efficient so we can continue to grow. In Japan, there are not as many companies, but they have been around for a long time and continue to grow. With increased efficiency, YTC can achieve continued growth.

Question: How important is increasing profitability?

Tanaka: Very important. That’s part of YRC’s continuous growth philosophy. The U.S. market is quite big, but I feel it is a fair market. If we supply the right products for the U.S., then we will make more profits.

Question: How important is promotion to Yokohama, such as sports marketing?

Tanaka: It’s a very good way for us to increase awareness for our tires, and is another key strategy for Yokohama in achieving growth. It helps drive consumers to our dealers, and our dealers agree that the effort is successful in driving up store traffic.

Question: What about industry challenges such as product supply and fill rate?

Tanaka: To meet the growing demand worldwide, we will increase the production capacity in Thailand, Russia, China and the Philippines. We are trying to increase the supply here in the U.S. and have better fill rates.

Question: Is it possible YTC will build a new tire plant in the U.S.?

Tanaka: We will consider every aspect, but at this point, building an additional factory in the U.S. is only under study.

Question: What are some of the challenges that you see occurring in the U.S. market?

Tanaka: We have to be more aware of what’s happening in the market, especially with the sales channels that are our customers. We need to know what our customers think about Yokohama products, how they buy our tires and what we need to do better to help them succeed. I’d like more day-to-day contact with our customers so we can make necessary changes.

Question: Any plans to visit those key customers in the near future?

Tanaka: Yes, I’ve already visited a few key consumer accounts. I consider it a top priority to meet Yokohama dealers and spend time with them.

Question: Are you optimistic about YTC’s business outlook during the next 18 months?

Tanaka: Management is conducted based on how human resources, financial resources and products are deployed for the most good of the company. In the short term, the U.S. economy looks stagnant; however, I am confident that the U.S. economy will grow.

Question: Yokohama has two new products launching next year that are based on its breakthrough orange oil technology. The first is the AVID® Ascend™ in March 2012 and the other BluEarth-1™. Can you talk about these?

Tanaka: The AVID Ascend is Yokohama’s first mass-produced orange oil tire in the U.S. and we’re quite excited about it. It’ll be available for a wide spectrum of applications including crossovers, SUVs, vans and passenger cars. It will also be BluEarth-badged. BluEarth is Yokohama’s product engineering philosophy aimed at producing tires that are environmentally-, socially- and human-friendly. Another BluEarth-badged tire that will be available in the U.S. in 2012 is the BluEarth-1, which is currently on display at the Boston Museum of Science.

Question: How has BluEarth done in the Japan and the European markets?

Tanaka: The sales of BluEarth products in those markets have been quite successful.

Question: What are your thoughts about Yokohama and its environmental focus?

Tanaka: Yokohama is following the principle of dealing fairly with society and valuing harmony with the environment, so we shall in practice continue to assert our world-class strengths in technologies to protect earth. This includes continued improvement of environmental management, actions to combat global warming and contributing to the creation of a sustainable society that recycles.

I was shocked to read “The Limits to Growth,” published in 1972, which warned that if current trends continued, such as population growth and environmental pollution, we would face major problems within 100 years. And that was 40 years ago! To mitigate this, we need to pay attention to the environment and realize natural resources are limited. It is the goal of humankind, and Yokohama, to continue achieving harmony with the environment.

Question: What do you see as key differences between the Japanese tire market and the U.S. tire market?

Tanaka: In Japan, most tire distributors are operated and organized by tire manufacturers. However, in America, most of them are independent. Therefore, we are able to establish friendly terms with any distributors/wholesalers.

Question: You’ve been here now for six months. Are you getting used to living in the U.S.?

Tanaka: Yes, I’m getting more comfortable living here, but there’s still a lot to get used to. It has always been one of my dreams though, to live and work in the U.S. so I plan to use the time I have here to learn more about Yokohama’s customers and the tire industry, and build friendships along the way.

Question: What’s been the hardest thing for you during the transition from Japan to the U.S.?

Tanaka: With regards to living here, I’ve settled in very well as I mentioned earlier. I would say one of the biggest areas of concentration for me at YTC is the company’s procedures and seeking opportunities to improve them.

Question: What would you say is the best asset you bring to YTC?

Tanaka: In the beginning, it will be to administer the corporate structure and connect it more with YRC’s activities. I can assist with both sales and marketing activities. I will help with cost reductions and eliminating waste, which are so important during these difficult economic times. This will help increase profit. There are two ways to do this: increase sales or decrease cost. I want to do both.

Question: What is the best aspect about YTC that you have seen so far?

Tanaka: It is well organized. Our sales network is efficient and of outstanding quality. Our employees, of course, are our greatest asset and I’m excited to be working with them in continuing to build a Yokohama that’s even stronger in the future.

Yokohama Tire Corporation is the North American manufacturing and marketing arm of Tokyo, Japan-based The Yokohama Rubber Co., Ltd., a global manufacturing and sales company of premium tires since 1917. Servicing a network of more than 4,500 points of sale in the U.S., Yokohama Tire Corporation is a leader in technology and innovation. The company’s complete product line includes the dB Super E-spec™ – the world’s first tire to use orange oil to reduce petroleum – as well as tires for high-performance, light truck, passenger car, commercial truck and bus, and off-the-road mining and construction applications. For more information on Yokohama’s extensive product line, visit www.yokohamatire.com.

Yokohama is a strong supporter of the tire care and safety guidelines established by the Rubber Manufacturers Association and the National Highway Transportation and Safety Administration. Details can be found at the “Tire Safety” section at www.yokohamatire.com. 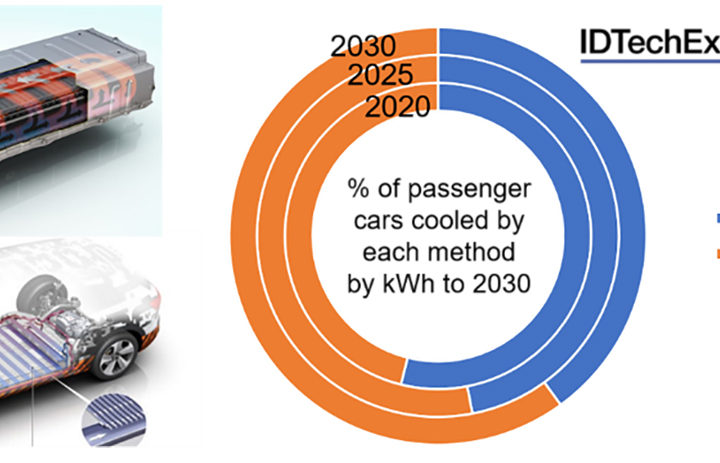 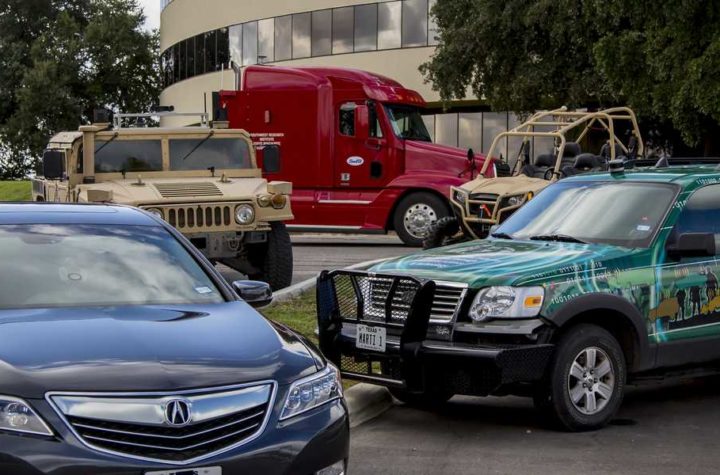 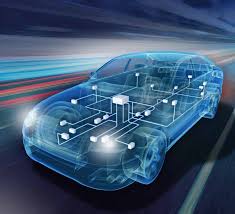