Skip to content
Increasingly stringent environmental and safety standards continue to drive the global need for ever more precise methods to insure that automotive components are reliably leak-proof.

Leading auto-industry manufacturers and their suppliers more than ever rely on INFICON leak detectors to provide precise testing for their components, according to Thomas Parker, the company’s North American automotive sales manager.

“Quality demands and stricter emission regulations are driving industry standards,” says Parker, who notes that system integrators depend on helium and hydrogen INFICON leak detectors on systems used for final-assembly testing of a wide variety of automotive parts, including engines and transmissions as well as fuel lines and tanks, air-conditioning components and airbags.

“The LDS3000 Helium and Hydrogen Leak Detector is faster, more compact and more accurate than previous and competitive models,” he says. “Developed especially for demanding performance and reliability requirements in the auto industry, the modular, ultra-compact design is easy to integrate into efficient leak-detection systems.”

Another INFICON product — Ecotec E3000(®) — is designed to test the latest high-pressure fuel systems, including both fuel lines and tanks, as well as air conditioning systems that use new potentially flammable refrigerants such as R-1234yf. The Ecotec E3000 is suited for the final testing of A/C, as well as fuel systems in an industrial 24/7 environment.

Ecotec E3000 can simultaneously detect fuel and refrigerants, as well as helium or hydrogen and is not affected by other materials such as spilled washer or coolant fluids. Since it can be set-up to detect as many as four different gases at the same time, it provides an ideal one-step solution for leak testing air conditioners and fuel-rail connectors. It also has precise operator-controlled background reduction to enable faster pinpointing of leak locations at the lowest detectable levels.

Parker notes that Ecotec E3000 is ideal for mixed refrigerant production lines. The phase out of R134a refrigerant over the next couple of years will place some vehicle models with R134a on final assembly lines alongside of newer models equipped with air conditioners operating with HFO-1234yf. A device that can detect both refrigerants and clearly distinguish between the two will be required for this type of mixed production line.

Parker points out that traditional water-bath or pressure-decay methods no longer are sufficient to meet stiffer quality standards, while vacuum tests often are too expensive and time-consuming.

Pressure-decay tests check for leaks by measuring changes in air pressure after air has been introduced into a test part or component.  The reliability of pressure-decay tests can be affected by a number of factors, including variations in humidity and temperature.

“Our products are well-known to quality control managers throughout the auto industry,” says Parker. “Each year our leak detectors help assure the quality of literally millions of new cars and trucks.”

INFICON is one of the world’s leading developers, producers and suppliers of instruments and devices for leak detection in air conditioning, refrigeration and automotive manufacturing. The company has manufacturing facilities in Europe, China and the United States, as well as sales and service offices throughout the world. 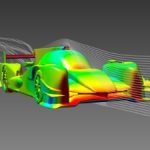 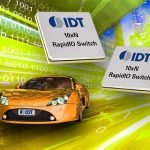 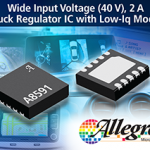 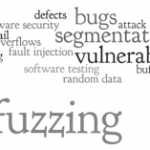 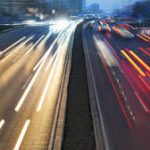 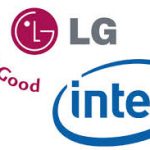