Stefano Domenicali will become the new President and CEO of Automobili Lamborghini on March 15, 2016. He succeeds Stephan Winkelmann, who will take over as CEO of sports Audi affiliate quattro GmbH.

“Over the past eleven years Stephan Winkelmann has transformed Lamborghini into a global leader in the manufacture of super sports cars. His successor, who also possesses a wealth of experience in this area, will be continuing this success,” says Rupert Stadler, Chairman of the Board Management of AUDI AG and Chairman of the Administrative Board of Automobili Lamborghini S.p.A.

Stefano Domenicali, born on 11th May 1965 in Imola, graduated in 1991 after studying business administration at the University of Bologna and began his professional career in finance with Ferrari. In 1993 he moved to Scuderia Ferrari, where he took over as Head of Business Planning. He was also director of the Mugello circuit, which belongs to Ferrari. From 1996, Domenicali was responsible for sponsors of Scuderia Ferrari, before becoming sporting director of the Formula 1 team in 1998. From 2004 to 2007 he headed the Direzione Sportiva F1. In 2008 he was Team Principal of Scuderia Ferrari F1, which won the Constructors’ World Championship that year. From

2009 to 2014 Domenicali represented Ferrari in the F.I.A World Motor Sport Council and still belongs to that body today. He is currently president of the F.I.A. Single Seater Commission.

He has been Vice President New Business Initiatives at AUDI AG since November 2014.

In 2002 he received the order of merit of the Italian Republic, the Ufficiale Ordine al Merito della Repubblica Italiana.

Stefano Domenicali says: “I am very excited to be taking on the challenges of this great legacy. It is now my duty to continue the successes that my predecessor Stephan Winkelmann achieved for Automobili Lamborghini.”

Stephan Winkelmann comments: “I have been responsible for Lamborghini for a significant period of time in its history, and in the process have always aimed to use the brand’s potential to achieve very ambitious goals. Lamborghini’s key corporate data displays continual, profitable growth with a focus on the development of new products, new processes, and many other corporate sectors. Together with my colleagues from the Board of Directors, I was able to facilitate successful initial release of our third model series being launched in 2018. These successes would not have been possible without the passion, skill, creativity, and courage that are ingrained in the Lamborghini DNA and in our employees. I would like to thank everyone for this time from the bottom of my heart.” 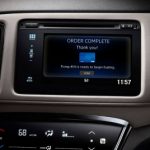 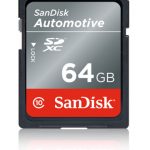 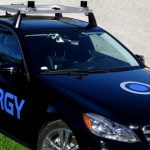 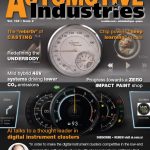