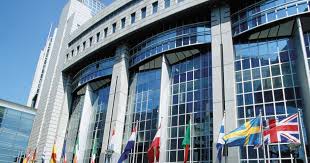 After decades of being blindsided by supplier and service provider disruptions, businesses are turning to KPMG Spectrum to anticipate third-party vulnerability and act before disruption hits.

KPMG Spectrum has launched Third Party Intelligence to empower businesses to take pre-emptive action against third-party disruption. KPMG Spectrum’s patent-pending technology not only monitors and reports third-party vulnerability, but projects its impact well into the future.  The greatest advantage that Third Party Intelligence offers is the ability for clients to act ahead of time.

“Many executives try to monitor disruptive events caused by third parties in real-time, minimizing their ability to react quickly enough to contain resultant damage – whether financial, reputational, legal, or otherwise.  In the current environment real-time is no longer fast enough,” said Larry Raff, Head of KPMG Spectrum. “Third Party Intelligence allows us to alert clients to vulnerabilities in advance, giving businesses the insight to act ahead of time and potentially avoid disruption altogether.”

Third Party Intelligence draws on data sources including financials from thousands of third parties in 90 countries, as well as millions of news feeds, websites, and blogs from 48 countries.

Instead of filtering and presenting data to clients, sophisticated algorithms pinpoint and project vulnerability trends in individual third parties and the countries in which they operate. This makes Third Party Intelligence’s insight actionable – a key differentiator from risk data providers who leave this analysis to the client.

“A single incident with a supplier can have significantly negative implications to the organization and ultimately the end customer.  With Third Party Intelligence, decision makers across the organization can act with confidence to take a proactive stance against disruption threats caused by third-parties,” Raff said.

Early users report a number of benefits, including the cost and time savings from avoiding business disruption and crisis management. Third Party Intelligence also enables businesses to shift resources away from data management to value-added activities and strategic initiatives.