Automotive and mobile technologies have converged to the point where it is becoming difficult to differentiate between automotive and technology shows such as the Mobile World Congress (MWC).

In its 2016 edition it could happily be rebranded as the “Mobile World of Cars” (still MWC). In this article we examine the growing impact of technology in the automotive industry, from telematics to connected cars and autonomous vehicles.

Alongside the Internet, the mobile revolution has been one of the defining trends of the Information Age. Ever-improving technology has enabled communication, productivity and commerce to travel with us wherever we go, and investors have seen spectacular gains from  mobile hardware, software and infrastructure. However, with sales slowing as mobile devices reach saturation levels, the mobile industry is turning to transport and automotive technology as the next frontier – and what could be more mobile than the car?

finnCap believes there are opportunities for investors in this new world of the “connected car”. The ‘connected car’ is already  on the road. The Internet is global thanks to mobile networks, with cars being connected to bring a wide range of benefits and cost savings. Cars are already able to pilot themselves (look out for London’s first driverless cars being tested on the streets of Greenwich this summer).

The past decade saw extraordinary leaps forward in mobile, driven by more comprehensive coverage; greater bandwidths (2G, 3G and now 4G); improving battery life; and increasingly powerful processing and graphics chips available at lower cost and lower power consumption. But as we have seen recently from results released by both Apple and Samsung, sales are slowing as we reach saturation levels.

Following the Mobile revolution, the next big advance is the so-called Internet of Things (IoT), connecting not just people but everything else – from home appliances to street furniture and vehicles – to the internet through mobile networks. Vehicles are rapidly becoming a critical component in this new advance. People spend significant time in them and they are the very definition of mobile. Connecting vehicles to the internet with embedded OEM systems or retrofit is increasingly dominating the technology news.  Telematics is the first stage of mobile industry’s penetration of the automotive market. Initially used for asset tracking and monitoring, it is now finding much broader application as on-board technology and connectivity improves. Telematics has come a long way in the past decade. Dramatic improvements in cost, functionality, reliability and mobile network coverage – as well as the growing demands placed upon logistics services by Internet shopping and customer expectation – have increased the need for and return on investment to the point that telematics has become essential to modern fleet management. The quality of the telematics solution often defines a fleet’s competitive edge, from fuel economy to route optimization and insurance premium reduction.

The increased functionality is broadening the data use to a wide range of applications beyond asset tracking, including assessment of driver behavior and risk profiling. Telematics use leads to reduced cost, efficiencies being identified and service levels improved. We have thus seen strong growth in the global telematics industry, from being worth $14.7bn in 2013 to over $20bn today.

For fleet and insurance purposes, the UK had 36.2m vehicles registered with the DVLA at the end of September 2015. The vehicle stock has steadily grown since records began in 1950. The current rate of growth is 0.7m vehicles annually. Of the 36.2m vehicles, 9.9% (3.6m) are vans; 1.3% of them (470,000) heavy goods vehicles; and 0.4% (145,000) buses or coaches. All of these 4.2m vehicles would benefit from fleet telematics. The 30m passenger cars and 1.3m motorcycles are addressable through the insurance industry.

Current connected-car technology is split between embedded Internet connection in the vehicle itself and relying on connection through a Bluetooth link to a secondary mobile device (usually a smartphone). Embedded connections don’t require a data plan to operate, and users and carmakers gain access to a wider variety of features and data. They also allow remote updates and patches to cars, avoiding software recalls. Connected-car prices are out of reach for most buyers at present (average selling price $55,000) but will drop significantly in the next few years. The global connected car market will be worth €39bn in 2018 up from €13bn in 2012.

Connectivity is enabling increasingly sophisticated Advanced Driver Assistance Systems (ADAS) to develop into greater vehicle autonomy. Drivers are familiar with the simplest types of ADAS – self-parking and adaptive cruise control, which accelerates/decelerates in response to road conditions and traffic. More advanced systems include lane-departure alerts or identifying objects ahead and determining an appropriate response; braking, swerving, or changing lane.

With connectivity the rollout of automotive autonomy will be staged, with gradually more control taken by the vehicle until it reaches ‘Level 4’ (self-driving artificial intelligence). Virtually all major car makers have autonomous car programs. Leading developers in the area include GM, Honda, Mercedes, BMW, Audi, Tesla, Delphi, Uber, Google, Apple.

Optimistic views suggest we will see significant numbers of fully autonomous vehicles on the road in less than 10 years. However,  most experts believe the early 2030s to be a more credible time horizon for full autonomy, given difficulties with differing road conditions and connectivity issues, and – not least – autonomous vehicles gaining the trust of the general public and legislature.

Mobile technology giants on the road

Internet connectivity is vital for mapping and routing information updates and upgrades. This takes automotive manufacturer into a new world and it is no wonder that the mobile giants Apple and Google have entered this market. Apple sees the car as “the ultimate mobile device”.

Mobile involves tracking and monitoring devices in the real world. Apple and Google’s view is “more data is better data”. In 2008, CEO Eric Schmidt claimed mobile location-based advertising would be enormous; larger than the whole internet opportunity. Both Google and Apple Map datasets are key enablers of the mobile rollout.

It is a very small step for that location data to be used for transport as well as information… Self-driving cars are real-world web crawlers. Apple CEO Tim Cook has noted the automotive industry “is at an inflection point for massive change.” He emphasised the growing importance of software in the car of the future, the rise of autonomous vehicles, and the shift from an internal combustion engine to electrification.

Car ownership is uneconomical. An expensive, rapidly depreciating asset which is parked most of the time. The average utilization rate of cars in the US is 5% (an hour a day). Yet, it must be taxed and insured all the time, so it has a relatively high cost per person-distance travelled.

Autonomy allows vehicles to be summoned via apps. You don’t pay for the car, only its usage. The competition will be with Uber, Zipcar and ride-sharing app Lyft, not just car makers.  This technology will disrupt the whole automotive industry from manufacture though to leasing, insurance and repair.

These are concerns for automotive manufacturers. Barclays forecasts that autonomous vehicles will result in the average US household cutting car ownership from 2.1 vehicles now to 1.2 by 2040. The 11m mass-market cars bought each year for personal use in the US could be replaced by 3.8m self-driving cars, either personally owned or part of ‘taxi’ fleets.

Positioning for the future

Through its US$500m investment in Lyft, and launching its own car-sharing scheme Maven (after buying Uber rival, Sidecar), GM clearly anticipates this changing future. GM president Dan Ammann notes “We are seeing significant changes in consumer behavior as people want to take advantage of new situations like ride-sharing and car-sharing.” GM’s connected car systems allow music and other preferences to follow users – even if the cars are being shared – with support from GM’s OnStar navigation, calling and security service, Apple’s CarPlay, and Android Auto. The concept is for shared vehicles to feel like owned.

Ford is working with Amazon to connect cars to sensor-laden smart homes, and it was also revealed at the CES that Toyota would adopt Ford’s in-car technology, a competitor to Apple’s CarPlay and Google’s Android Auto, to access smartphone apps and other features. Last year, BMW, Daimler and Audi jointly bought Here mapping from Nokia, to reduce dependence on Google Maps.

Any device connected to the Internet is vulnerable to hacking, whether a PC, business server or national utility. Security is a major safety consideration for connected cars where processors control everything from engine to airbags. In July 2015, testers remotely commandeered a Jeep as it drove at 110kph and brought the vehicle to a halt.

However, they had prior access to the vehicle and spent significant time in hacking its systems. In general, Internet systems will be isolated from control systems in connected cars to prevent serious security issues. The issue relates to the wider IoT infrastructure from home security to office lighting and air conditioning. Car makers will need to devote considerable resource, to cyber security. Investment opportunities

ARM Technologies (ARM): licenses and gathers royalties on the low power high efficiently processors which are vital to the rollout of the IoT.

Trakm8* (TRAK) is also a telematics business, but one which reinvests more of its free cash flow into new technologies, either through acquisition or internal development, both hardware and software.

Quartix (QTX) is an impressive and well-run telematics service provider to the SME fleet and insurance markets in the UK, France and US.

The total number of fleet management units deployed in Europe has grown by 64% in just three years. Berg Insight notes that 4.4m units were deployed in the fleet market at the end of 2014, and expects 15% CAGR over the next few years, with 8.9m units expected to be deployed by 2019. 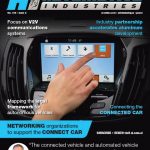 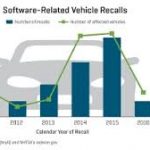 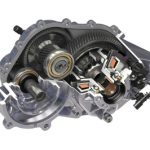 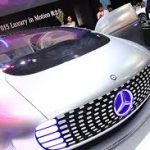