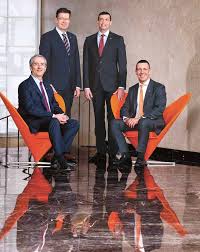 In the period from April to June 2016, the materials manufacturer Covestro continued its successful development from the first quarter of the year. Adjusted EBITDA increased by 8.8% to EUR 542 million year-on-year, mainly driven by higher core volumes in the Polyurethanes and Polycarbonates segments. On the Group level, core volumes (in kilotons) in the second quarter of 2016 increased substantially by 7.7% year-on-year.

“We have recorded strong results in the second quarter and continued the satisfying development of the first quarter. Our plant utilization rates are improving, allowing us to realize higher core volumes and increase profitability,” said CEO Patrick Thomas. “On the back of a positive development in the first half of 2016, we are raising our outlook for the full year.”

According to plan, in the second quarter Covestro completely repaid the remaining loan of EUR 810 million from Bayer. Compared with the level of December 31, 2015, the company reduced financial debt significantly from EUR 2.9 billion to EUR 2.2 billion, further improving the company’s financial profile.

Positive development in all segments

In the second quarter, the Polyurethanes segment saw a substiantial core volume increase of 9.0% driven by the product groups toluene diisocyanate (TDI) and methylene diphenyl diisocyanate (MDI). The product group polyether polyols (PET) saw a slight increase in core volumes. Adjusted EBITDA increased by 2.2% to EUR 228 million, mainly as the result of higher volumes. Lower margins and declines in selling and raw material prices had a negative impact on the segment’s earnings.

At Polycarbonates, core volumes also advanced significantly by 8.5% year-on-year. Core volumes increased in all three regions, especially APAC, with rises in almost all customer industries. Adjusted EBITDA went up by 27.3% to EUR 191 million with higher volumes and margins contributing to this increase.

Core volumes in the Coatings, Adhesives, Specialties segment declined slightly by 1.8%, compared with the strong growth recorded in Q2 2015. As expected, the second quarter of 2016 was impacted by the contractual termination of trading activities. Adjusted EBITDA increased slightly by 3.6% to EUR 142 million due to the positive effect of lower raw material prices.

Overall, Covestro recorded positive results in the first half of 2016. Core volumes increased by 8.1% over the first half of 2015. Adjusted EBITDA went up by 14.9% to EUR 1.1 billion. Sales decreased by 6.4% to EUR 5.9 billion year-on-year in the first six months due to lower selling price levels in all operating segments. Currency effects had a slight negative effect. The net income of the Covestro Group improved significantly by 54.3% to EUR 412 million.

With 2015 sales of EUR 12.1 billion, Covestro is among the world’s largest polymer companies. Business activities are focused on the manufacture of high-tech polymer materials and the development of innovative solutions for products used in many areas of daily life. The main segments served are the automotive, electrical and electronics, construction and the sports and leisure industries. Covestro, formerly Bayer MaterialScience, has 30 production sites around the globe and as of the end of 2015 employed approximately 15,800 people (full-time equivalents).

The full Interim Report together with the presentation and audio recording of the analyst conference are available at investor.covestro.com. 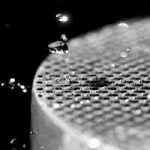 LiqTech Enters Into A Framework Agreement For Diesel Particulate Filters Valued At $2.2 Million 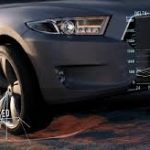 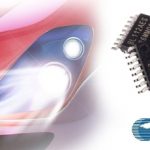 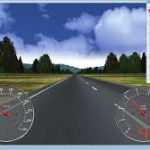 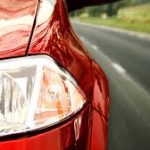 Manufacturers to Take Advantage of the Disruptive Power of 3D Printing