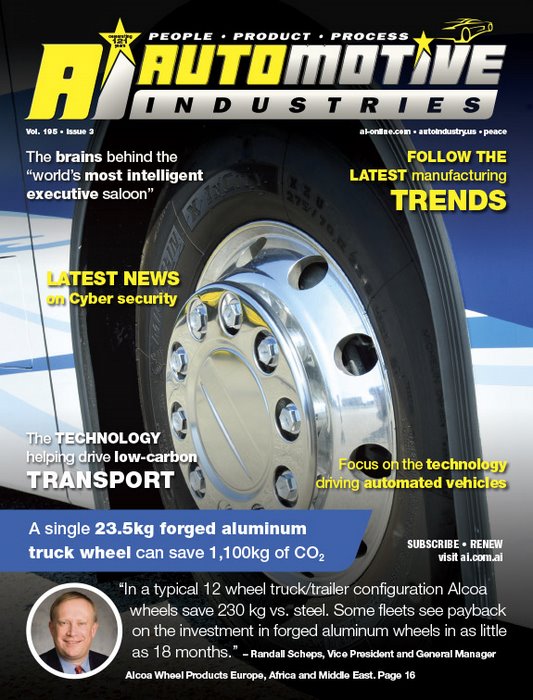 “I’ve yet to see any problem, however complicated, which when you looked at it the right way didn’t become still more complicated.”

Readers of this and previous issues of Automotive Industries over the past few years will be nodding their heads in agreement. It seems that the more we think we understand about connected and autonomous vehicles, the more complicated the rollout becomes. Technology is (almost) the easy part. With autonomous road-going vehicles we are not only dealing with the mechanics of self-driving vehicles – we are talking about fundamental societal changes that are the grist of the science fiction writer’s mill.

Published in 1957, the plot of “Call Me Joe” involves an attempt to explore the surface of the planet Jupiter using remote-controlled artificial life-forms. In the book one of the main characters, Ed Anglesey, escapes his wheelchair by his mind finding a new home in the machine he was controlling using a special headset.

Anderson’s award-winning books had a solid theoretical base – he received a degree in physics from the University of Minnesota in 1948. Sixty years later the automotive industry is using artificial intelligence and a host of other technologies which, until recently, existed only in the realm of science fiction.

Only the plot is way more complicated than any science fiction writer could have dreamed up. Not only do automotive designers now need to have an in-depth understanding of the physical materials which make up the bits of the vehicle we can touch and feel, they also need to be computer programmers, connectivity experts, data miners, lawyers and actuaries – and that is just the start.

Clearly, a materials engineer who can reduce weight by joining together different materials using modern adhesives rather than welds or rivets is not going to be able to also design the information ecosystem which is needed to keep connected and ultimately autonomous vehicles on the road. Similarly, the data security specialist working on the technology required to prevent a vehicle being hacked cannot be expected to also know about optimum air-fuel mixtures.

Even within a defined field, such as battery technology for electric or hybrid, vehicles there are so many levels of complexity that no single supplier or OEM will have all the answers – or the capacity for the necessary research and development or the rollout of rapid charging stations. As Rheinmetall Automotive CEO Horst Binnig says in this edition, existing OEMs and Tier suppliers need to adopt a new business model in order to survive.

This was before it was announced that relative newcomer Tesla Motors had become the second-largest U.S. car maker in terms of market capitalization. It has overtaken Ford, and is closing the gap with General Motors. The market, it seems, has more confidence in a company which sells cars in their thousands compared to Ford’s tally of millions. Analysts say Tesla’s value lies in its intellectual property – the company is seen as a leader in the development of electric vehicles.

The new business model, according to Binnig, involves collaboration. Business gurus even have a catch phrase for it – collaborative competition. As we see in this issue Tiers are working with competitors and companies which are total newcomers to the automotive sector, and OEMs are collaborating in areas such as the provision of recharging stations. It is only combining minds and resources that the existing industry will stay ahead of newcomers like Tesla.

And the way decision-makers find out about the new technologies, solutions by companies making breakthroughs is by reading specialist publications like Automotive Industries. Our team is constantly in the field meeting with exciting and innovative companies. As we have done for more than 100 years we are helping readers to make profitable connections and to stay informed about automotive technology – in all its forms