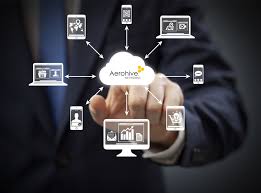 Volkswagen OTLG, the logistical and system partner for more than 3,700 service partner companies of the brands Volkswagen, Volkswagen commercial vehicles, Audi, Seat and Škoda in Germany and Denmark, has chosen Aerohive Networks® (NYSE:HIVE) to deliver an innovative controller-less Wi-Fi solution. Aerohive’s wireless infrastructure solution replaces the legacy controller-based solution, which was integrated in 2006, and supports OTLG to further optimize its logistical processes.

In order to manage the supply chain it was necessary for Volkswagen OTLG to have a stable solution as all processes were carried out with Wi-Fi based handheld scanners and starter terminals. After 10 years it became obvious that the existing Wi-Fi infrastructure was outdated, lacking the necessary speed and quality. In addition, firmware updates were no longer available for its existing controllers.

*        Volkswagen OTLG decided to use Aerohive’s network management system HiveManager® as an on-premises version, which monitors and administers access points without a central hardware controller.

*        As the LAN itself comes from another vendor, the flexibility and interoperability of the Aerohive solutions with the vendors’ switches were vital to Volkswagen OTLG’s decision to use Aerohive’s APs.

*        One major advantage of the Aerohive implementation is the auto-provisioning of APs: these are simply unpacked, assembled and named – all further steps are automated. The zero-touch provisioning saves a great deal of time and effort in implementing.

*        Another advantage of the new infrastructure is HiveManager’s debugging functions, which make life much easier for administrators. Interference from microwaves, Bluetooth and other sources can quickly be identified and remedied if necessary.

*        The processes at Volkswagen OTLG depend strongly on reliability and stability of the wireless network. With this new solution, the Wi-Fi will remain operational even if a single access point fails. The nearest one picks up the slack and can automatically increase its power to maintain optimum coverage.

“We were very impressed with Aerohive’s HiveManager, which manages access points quickly and easily, and chose to use it because it combines all the functions we needed into a single console,” said André Keller, project manager for information systems, EF networks, monitoring, AV prxy, Volkswagen Original Teile Logistik GmbH & Co. KG. “We use it to control everything: from management of the access points and the guest Wi-Fi to spectrum analysis and monitoring tools, like heat mapping and chart displays. But we also liked Aerohive’s USP, its controller-less Wi-Fi operation. This model makes us much more flexible, and we can scale the solution to our needs. Aerohive’s tools also make debugging easier, because they take a lot less time to identify and fix Wi-Fi problems.”

Volkswagen Original Teile Logistik GmbH & Co. KG (OTLG) with its headquarters in Baunatal belongs to the Volkswagen Group and provides original parts, component parts and services to 3,700 service partner companies of the brands Volkswagen, Volkswagen commercial vehicle, Audi, Seat and Škoda in Germany and Denmark. That makes the OTLG the logistical after sales-backbone of the Volkswagen Group in Germany and ensures as full-range provider that millions of customers stay mobile. OTLG employs at 7 sites in Norderstedt, Cologne, Ludwigsburg, Munich, Dieburg, Ludwigsfelde and Baunatal over 2,900 people. For more information, please visit https://www.volkswagen-otlg.de/.

Aerohive (NYSE:HIVE) enables our customers to simply and confidently connect to the information, applications, and insights they need to thrive. Our simple, scalable, and secure platform delivers mobility without limitations. For our customers worldwide, every access point is a starting point. Aerohive was founded in 2006 and is headquartered in Milpitas, CA. For more information, please visit www.aerohive.com 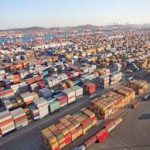 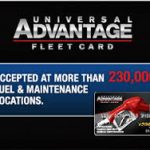 Michelin to Acquire NexTraq, a Telematics Provider, from FLEETCOR 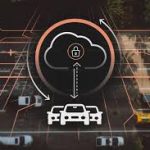 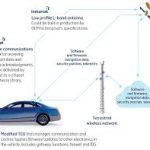 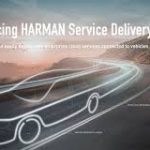 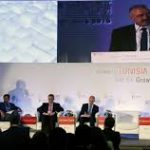