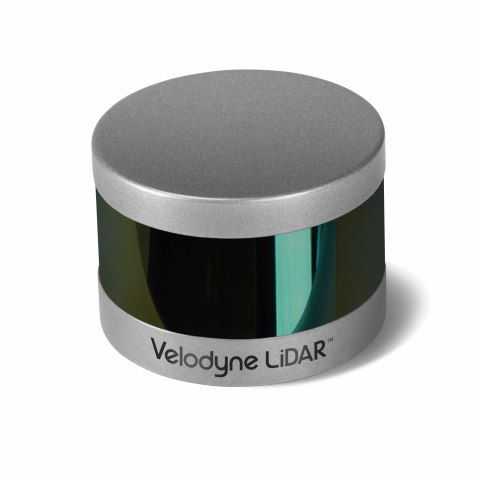 Velodyne LiDAR Inc., the world leader in 3D real-time perception systems for autonomous vehicles, announced the appointment of Frank Blohm as Chief Operating Officer, Mircea Gradu, Ph.D., as Senior Vice President of Validation, and Pablo Gonzalez, Ph.D., as Vice President of Robotics and Automation Engineering. The addition of these three roles will help the company meet expected production volumes of a million sensors in 2018, while focusing on increasing safety and reliability of autonomous vehicles in an effort to propel consumer adoption.

“We’re investing in highly skilled industry veterans and building an executive bench prepared to shape a company positioned for massive growth and long-standing market domination,” said David Hall, Chief Executive Offer of Velodyne LiDAR. “It’s promising to see that our team is able to attract top talent in this highly competitive autonomous vehicle market and we’re thrilled and lucky to have Frank, Mircea, and Pablo join our growing team.”

Frank Blohm moves into the Chief Operating Officer role after serving as the General Manager at Velodyne for the past six months, where he will continue to manage the rapid expansion of production at the company. In his previous role at Velodyne, he created a world-class supply chain infrastructure, overhauled production capabilities, and increased output by 500 percent. Blohm joined the company with over 17 years of experience in production, manufacturing engineering, and supply chain management. He previously held senior roles at Extreme Networks and Sanmina.

As Senior Vice President of Validation, Mircea Gradu brings over 25 years of experience in the automotive and commercial vehicle industry with deep technical knowledge in design, development, manufacturing, safety, and cybersecurity. In his role, Gradu will lead the organization to design, develop, and manufacture world-class products compliant with the international quality standards and satisfying customer needs. His focus will be on building a strong validation organization, on continuous process improvements and on expanding the skill set of the quality teams, leading to timely delivery of all quality objectives. Gradu started his career at Daimler-Benz AG in Stuttgart, Germany, and most recently led engineering and quality at Hyundai Motor America. Other past experience includes key executive roles at Chrysler Group and the Timken Company. Gradu has also been awarded 56 patents on mechatronic automotive systems, published over 40 technical papers, and was recently elected the 2018 President of SAE International.

Pablo Gonzalez serves as the Vice President of Robotics and Automation Engineering at Velodyne, where he will lead the development of manufacturing equipment and automation to build current generation LiDAR sensor models. Prior to joining Velodyne, Gonzalez served as the Head of Automation, Equipment and MES Engineering at Tesla, where he led the solar flagship for Solar Roof installations and developed all equipment and automation lines in the California and New York factories. Gonzalez also held various roles at SolarCity, Brooks Automation, Crossing Automation, E Systems Technology, and ASYST Technologies, Inc. He has been awarded over 50 patents in the semiconductor, medical, and solar industries.

Founded in 1983 and based in Silicon Valley, Velodyne LiDAR, Inc. is a technology company known worldwide for its real-time LiDAR sensors. The company evolved after founder/inventor David Hall developed the HDL-64 Solid-State Hybrid LiDAR sensor in 2005. Since then, Velodyne LiDAR has emerged as the leading developer, manufacturer, and supplier of 3D real-time perception systems used in a variety of commercial applications including autonomous vehicles, vehicle safety systems, 3D mobile mapping, 3D aerial mapping, and security. Its compact, lightweight HDL-32E sensor is available for many applications including UAVs, while the VLP-16 LiDAR Puck is a 16-channel real-time LiDAR sensor that is both substantially smaller and dramatically less expensive than previous generation sensors. Finally, the VLP-32C Ultra Puck™ offers the long-range, high-resolution and surround view required for the world’s most advanced autonomous vehicles. For more information, visit http://www.velodynelidar.com 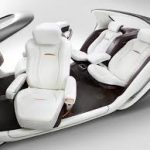 Autoliv and Adient Agree to Collaborate on Safety, Comfort and Convenience for Seats of the Future

CARS WILL SOON BE ABLE TO DELIVER THEMSELVES. 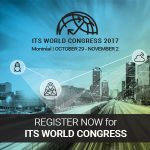 Samsung SDI - High-tech Innovations to Lead the Popularization of EVs 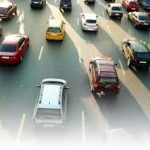