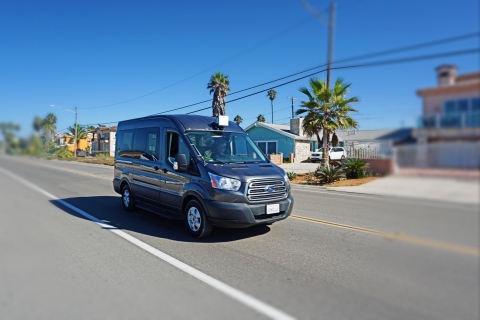 Metawave Corporation announced the first ever industry demonstration of advanced radar that is able to detect automobiles and their speed at 300 meters, and pedestrians and bicycles as far as 180 meters. Integrated with Infineon’s 77GHz radar chipset comprising of the RXS8160 MMIC and AURIX™ microcontroller, along with NVIDIA’s AI Processing Engine, Metawave’s development testing platform more than doubles today’s existing automotive sensors, which can only detect unidentifiable, often blurry objects at a much shorter 100 meter range.

“We look forward to working with Infineon to develop an advanced platform that gives automotive industry giants the ability to deliver a faster and safer road to autonomous driving,” said Tim Curley, Metawave VP of Strategic Alliances. “We’re making great strides in demonstrating what smart, advanced radar is capable of achieving using Infineon chipsets – from showing high-resolution automotive 77GHz radar with object tracking, to AI deployment to learn what specifically is ahead of the car, to proving how our platform detects humans and cars at a very long range.”

According to Research and Markets, the automotive radar market is predicted to exceed $9,475.4 million by 2023. Advanced, smart radar plays a significant role in making autonomous driving safer, especially in challenging weather and operating conditions such as dense fog, heavy storms and dirty roads. Unlike cameras and LiDAR, radar can detect objects at a distance through difficult weather conditions. Today’s existing radar is limited in its ability to see high-resolution, making it impossible to determine and learn to classify through AI what is in front of the automobile, especially at 300 meters.

WARLORD, Metawave’s smart radar platform, uses one antenna and pushes complexity to analog. With WARLORD, the antenna itself shapes and steers the beam, recognizes objects quickly in the analog space and leverages AI to learn as the radar sees.

“We are pleased to take our partnership with Metawave to the road,” said Ritesh Tyagi, Head of the Infineon Silicon Valley Automotive Innovation Center. “This demonstration shows how Infineon’s radar chipset and Metawave’s sophisticated antenna technology can be combined to deliver a cutting-edge sensor platform that will advance the safety and future of autonomous driving.”

Three sensors are fundamental components of the perception system for self-driving cars today: camera, LiDAR and radar. The camera is the highest resolution sensor but cannot see objects beyond 70 meters. LiDAR extends the range to about 180 meters with a fairly high resolution imaging capability. Radar operates at a lower frequency and sees long ranges sooner than any other sensor. Today’s radar lacks resolution and cannot differentiate objects. These systems require multiple antennas, which are heavy and expensive, and need to analyze every signal in the digital space, which takes time.

Infineon Technologies AG is a world leader in semiconductor solutions that make life easier, safer and greener. Microelectronics from Infineon is the key to a better future. In the 2017 fiscal year (ending 30 September), the Company reported sales of around €7.1 billion with about 37,500 employees worldwide. Infineon is listed on the Frankfurt Stock Exchange (ticker symbol: IFX) and in the USA on the over-the-counter market OTCQX International Premier (ticker symbol: IFNNY).