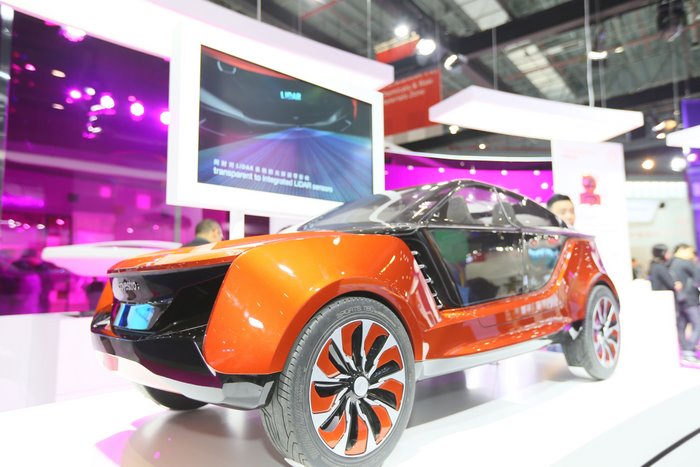 New momentum arising from industrial transfer – CHINAPLAS 2019 to tap into emerging regions With the unrelenting and extensive globalization of economy and the continuous adjustment of global industrial specialization, investment by countries including China in regions like Southeast Asia has been growing rapidly. In China, one of the largest manufacturing countries in the world, the central and western regions are under accelerated development, proactively undertaking the industrial transfer from the east coast. In order to build a wide network of quality resources and fully explore the new momentum in the industry, CHINAPLAS 2019, the leading plastics and rubber trade fair, is going to act responsively, embrace new opportunities, and tap into the emerging regions.

Promoting business expansion to everywhere in the world

The assembly of a car requires supply of its parts from more than 20 countries across four continents. The parts and components of an aircraft come from 1,500 large companies and 15,000 SMEs. Manufacturing nowadays has a high degree of specialization and an extensive network. From the Canton Fair to the Import Expo, China is committed to attach same importance on “reach out” and “bring in”, facilitating global economic interactions. The manufacturing industry of China has been increasingly active in outward relocation or expansion. The plastics and rubber industries have been putting more resources overseas, accelerating the pace of investment and factory establishment. For example, Haitian International Holding Limited set up its factories in Vietnam, India, and Turkey in 2010 and 2018, and has application centers all over Indonesia, Thailand, Brazil, Mexico, and Japan. In 2017, Guangdong Yizumi Precision Machinery Co., Ltd. commenced production in its new Indian factory and opened a showroom in Vietnam. In the same year, Ningbo Shuangma Machinery Industry Co., Ltd. established its Indian factory. Kingfa Sci. & Tech. Co. Ltd. and Guangdong Liansu Machinery Manufacturing Co., Ltd., set up factories in India. Jwell Group has opened overseas offices in Vietnam, India, Bangladesh, Turkey, and other places. As for end-user industries, the famous Chinese electronics company, Xiaomi Corporation, will set up three smartphone factories in India. Big names in China such as Haier, Kingclean, Gree and Hisense etc. consider Southeast Asian and Middle Eastern countries as popular choices for setting up overseas factories.

Benefiting from the demographic dividend and the development of labor-intensive industries, Southeast Asian regions are growing and becoming an investment hotspot. International big brands are also interested in the numerous potential markets there. Huntsman Corporation, a publicly traded global manufacturer and marketer of specialty chemicals, has opened a multi-purpose facility in Vietnam, with an aim to efficiently supply customers across the ASEAN region with high-quality electrical insulation, coatings and adhesive solutions. BASF, the world’s leading chemical company, will expand production capacity of acrylic dispersions in Malaysia, with an aim to serve growing demand in ASEAN, Australia and New Zealand markets.

CHINAPLAS always responds to the market changes promptly! And this year, the show organizer strives to expand overseas markets, running multichannel and multidirectional promotion of emerging regions like Southeast Asia through the collaboration with the media, advertisement and precision marketing. The CHINAPLAS team has visited influential associations in the Southeast Asia, such as the SME Corporation Malaysia, Thai Housewares Trade Association, Thai Tool and Die Industry Association, Thai Auto-Parts Manufacturers Association (TAPMA) and Electric Vehicle Association of Thailand. These associations all agreed to pass on information about CHINAPLAS to local enterprises. The team also participated in important local events, such as the annual dinner of MPMA Perek Branch of Malaysia, the annual dinner of the Electrical and Electronics Association of Malaysia, the 28th Asia Plastics Forum & 17th Term AFPI Conference, to have a close interaction with attending enterprises.

In addition to extensive overseas promotion, CHINAPLAS spares no effort in promoting the local industries. Recently, China Central and Western Regions Plastics Industry Alliance joined as a new member and became a supporter of CHINAPLAS. It is learnt that the Alliance, which was found in May 2018, thoroughly implements the Belt and Road Initiative suggested by the country, as well as the principles and policies of the “Guiding Opinions of the State Council on Central and Western Regions Undertaking of Industrial Transfer”, fostering communication and interaction among stakeholders in the plastics industry in the central and western regions.

“We have joined hands with the Alliance for the purpose of promoting the development of the plastics industry in Central and Western China,” mentioned Ada Leung, General Manager of Adsale Exhibition Services Ltd., the organizer of CHINAPLAS. “The coastal regions in the east have a notable leading role in innovation and development, but the supply of resources like land is tight and the labor cost is high, whereas the central and western regions, after 40 years of reform and liberalization, have a significantly improved economic level, rich resources, low factor costs, and optimized infrastructures and investment environment, which can be an important force to undertake the industrial transfer in China. As the manufacturing industry in the eastern coastal area advances into the central and western regions, the industry clusters in the latter are brought to the next level. We can feel deeply that these regions are becoming more prosperous and vibrant.”

In recent years, the development performance of the central and western regions is particularly notable. In 2017, the export value of laptops of Chongqing (the largest municipality in Southwest China) amounted to RMB 128.51 billion (about USD 18.5 billion), making the city the world’s biggest cluster for laptops. It is also where Hewlett-Packard, the world’s biggest PC manufacturer, set up its manufacturing plant. Chongqing is also an industrial base of automotive in China with many brands including Changan Automobile, Changan Ford, SCMW, Lifan, BAIC Yinxiang, DFSK, etc. Wuhan (a city in central China), which is rapidly developing a trillion-dollar industry cluster of automotive and parts, manufactured 1.89 million passenger vehicles in 2017. The production value of the automotive industry reached RMB 360 billion (about USD 51.8 billion), which demonstrates a strong momentum. Henan Province in the central area produced more than 250 million smartphones in 2017, becoming the largest production base for smartphones. The five major industries, including equipment manufacturing, food manufacturing, new materials manufacturing, electronics manufacturing, and automobile manufacturing, have gradually achieved a leading position, developing a trillion-dollar industry cluster. Hefei city of Anhui Province is a production base for household appliances in China, in which many famous home appliance enterprises like Meiling, Royalstar, Haier, Midea, and Whirlpool are located, and tablet displays and electronic information industries are rising quickly and catching up intensely. According to statistics, in the first three quarters of 2018, the export volume of the central and western regions amounted to RMB 1.95 trillion (about USD 280.8 billion), with an increase of 13% and a growth rate 6.5% higher than the overall rate.

Exploring the industry cluster in Central and Western China

The central and western regions are being developed rapidly, driving a strong demand for plastics and rubber. According to statistics, in 2017, the growth rates of plastic product production in Anhui Province and Henan Province were 11.21% and 7.18% respectively. The year-on-year growth rate of plastics production in the twelve provinces and regions in the west was 8.44%. The central and western regions are in the rapid growth stage, with production growth rates higher than the national average.

Gain a foothold in the emerging regions and compete for a place in Central and Western China! The organizer of CHINAPLAS has put in additional effort in promotional strategies and implementation. The team has not only attended various important events in the central and western regions, but also visited important enterprises, including Dongfeng Peugeot-Citroën Automobile Company LTD, Dongfeng Motor Corporation, Dongfeng Yanfeng Automotive Trim Systems Co., Ltd., Faurecia, Haima Automobile Group Co., etc., in pursuit of a deeper understanding of their needs and opinions.

CHINAPLAS 2019 has a continuously expanding network of partners. The show will return to the China Import and Export Fair Complex, Pazhou, Guangzhou and run from May 21 to May 24, 2019 with an exhibition space of more than 250,000 square meters and more than 3,400 leading exhibitors from all over the world, attracting over 180,000 professional visitors from 150 countries and regions to this international extravaganza of the plastics and rubber industries.

Visitors can enjoy admission discount through online pre-registration from now till May 13, 2019, at an early-bird rate of USD 7.5 for a four-day pass. Visitors will receive a visitor badge in advance to enjoy express counter for fast entry if they pre-register on or before February 28, 2019. 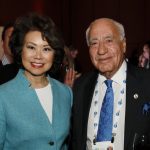 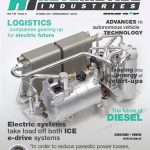 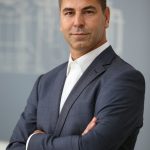 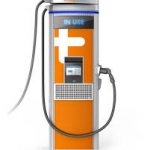 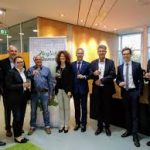 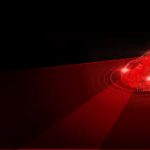