The principal benefit of Pirelli’s run flat technology – introduced to Pirelli’s road tyres in 2001 using the lessons learned from rallying – is to allow drivers to continue even with a puncture, rather than being stranded by the side of the road. Rallying is where this technology was tried and tested for the first time, with tyres featuring a reinforced structure that meant cars could continue driving after a puncture, which would otherwise cost several minutes in the heat of intense competition on a wide variety of roads.

NEW MATERIALS AND PROCESSES TO INCREASE COMFORT AND SUSTAINABILITY

Non-stop research and development into new materials and processes has helped Pirelli to improve driving comfort in recent years for cars equipped with Run Flat tyres. Thanks to new technology in the tyre’s structure as well as advances in the materials used, there i’s increased comfort for drivers and better rolling resistance, with less fuel consumed and fewer harmful emissions as a result. The way that these tyres soak up bumps in the road has been refined over time, to the point that they now offer the same levels of comfort as standard tyres, but with the key advantage of being able to drive on to the nearest tyre dealer – even with no air pressure. The particular suspension characteristics of vehicles that indicate Run Flat tires in their manuals, should invite the driver to always use tyres with this technology, even when changing at the end of life, so as not to compromise the performance of the car.

USEFUL TECHNOLOGY FOR ELECTRIC VEHICLES, WITH AN EYE TOWARDS THE FUTURE

Spare wheels mostly do not feature in electric cars, in order to free up more space for batteries. That’s why several manufacturers choose extended mobility solutions such as Run Flat or Self-Sealing to minimise inconvenience in the event of a puncture. Bespoke Run Flat tyres allow motorists to continue driving safely, even with a puncture, on electric vehicles as well. Run Flat technology will also play an important role in future autonomous driving systems, by helping the vehicle remain under control even in an emergency situation.

Over the last 20 years, Pirelli’s engineers have developed more than 1,000 different types of tyre featuring run flat technology, which allows drivers to keep driving for 80 kilometres at a maximum speed of 80kph so as to eventually change the tyre in complete safety. It’s a solution that has been adopted by many different car manufacturers, who have requested run flat tyres as original equipment on their new cars – such as Audi, BMW, Mercedes-Benz and Alfa Romeo. Throughout these two decades, Pirelli has produced more than 70 million run flat tyres, including summer, winter and all-season tyres – some of which have been fitted to the most powerful and prestigious cars of recent times, including the entire BMW and Mini range, a substantial part of the Mercedes range, the Alfa Romeo Giulia, Audi Q5 and Q7.

There are more than a dozen premium and prestige car manufacturers that still use Pirelli tyres with run flat technology today, including Audi, Alfa Romeo, BMW, Jeep, Mercedes-Benz and Rolls-Royce. This technology is available on more than 50 models of Pirelli tyre homologated for use by car manufacturers. All these tyres carry ‘run flat’ markings on the sidewalls, together with markings denoting the individual car manufacturer they are intended for. On some tyres, this technology is combined with Pirelli Elect and PNCS noise-cancelling technology. The former is dedicated to electric vehicles and is focussed on low rolling resistance, reduced tyre noise, immediate grip, and a structure that can support the weight of a battery-powered vehicle. PNCS is instead focussed on reducing perceived tyre noise inside the cabin, thanks to the use of special sound-deadening material on the inside of the tyre. There is also another technology to guard against punctures available: Pirelli Seal Inside. In the event of a puncture of up to four millimetres, a specific substance inside the tyre forms a seal that wraps itself around the foreign object as soon as it penetrates the tyre, preventing air from escaping and the tyre from losing pressure. When the object is extracted, the same material seals up the resulting hole, meaning that drivers can carry on driving in safety and maximum comfort.

Pirelli’s high-end Run Flat tyres are the result of Pirelli’s innovative MIRS production process, which is entirely controlled by computer with ‘raw’ tyres made using robots, guaranteeing a final result with high standards of quality and reliability. Pirelli’s self-supporting run flat system uses special reinforcements inserted into the internal sidewalls, which are able to sustain the lateral and transversal loads on the car even with no tyre pressure. 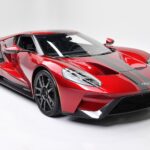 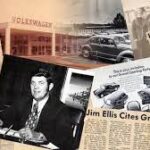 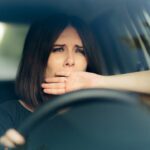 Study: Drivers who experience shift work sleep disorder are 3x more likely to be involved in a vehicle crash 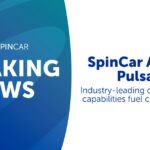 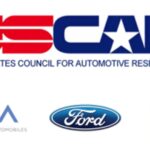