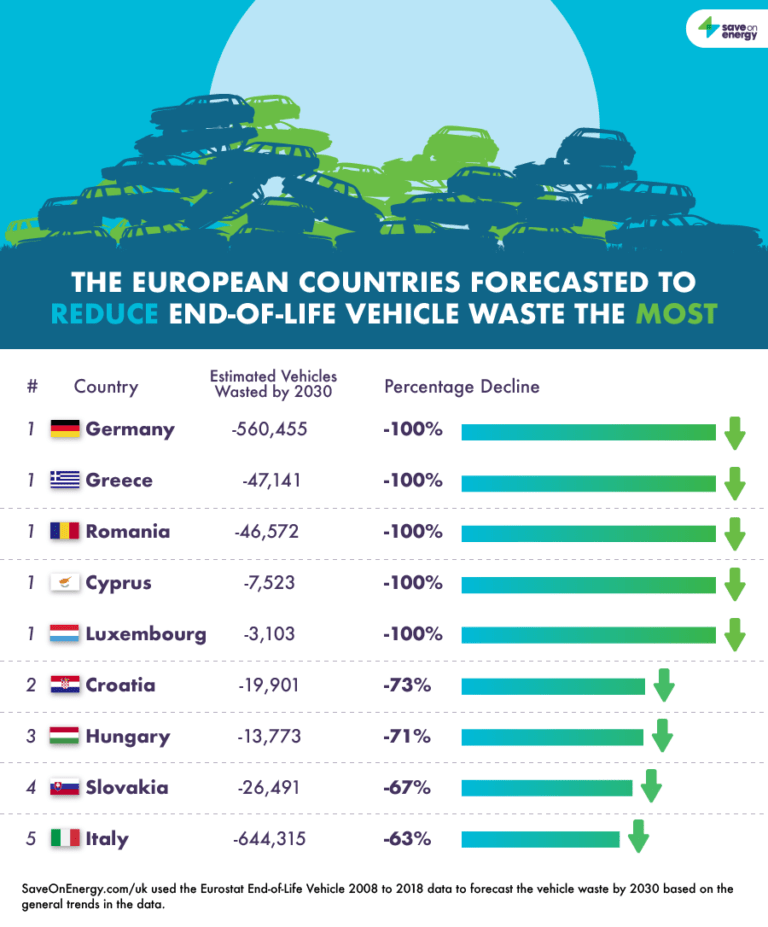 ● Germany, Greece, Cyprus, Luxembourg, and Romania are doing the most to meet vehicle recycling targets, with forecast data showing a complete stop in vehicle waste by 2030.

● The country estimated to be doing the least to reduce end-of-life vehicle waste is Liechtenstein, with a predicted 169% increase by 2030.

The End-of-Life Vehicles Directive is a legal act of the European Union, and every year motor vehicles that have reached the end of their useful lives create between eight and nine million tons of waste in the European Union.

With countries banning petrol and diesel cars in a bid to be more eco-friendly by 2030, the experts at SaveOnEnergy.com/uk researched what European countries are doing to reduce vehicle waste.

To do this, SaveOnEnergy analyzed the most recently published Eurostat 2008 to 2018 End-of-Life Vehicles data to forecast future figures based on general trends in the historic data.

Due to general trends showing a sharp decline in vehicle waste, it seems Germany, Greece, Cyprus, Luxembourg, and Romania are doing the most to reduce vehicle waste. Forecast data shows potential for a complete stop in vehicle waste by 2030.

Following just behind in third place is Hungary, with a potential decline of 71%. Hungary showed a forecast decline of 13,773 end-of-life vehicles.

The country potentially doing the least to reduce vehicle waste is Liechtenstein with a forecast 169% increase by 2030. General trend in the Eurostat data suggests Liec 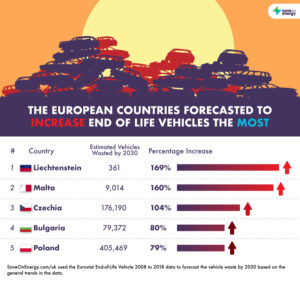 Third from bottom is Czechia, with a suggested 104% increase and a projected increase of 176,190 in vehicle waste.

Placing fourth is Bulgaria, with a potential 80% increase by 2030. The forecasted data suggests Bulgaria will see an increase of 79,372 in vehicle waste.

Making the bottom five, with a forecasted 79% increase in vehicle waste, is Poland General trend data suggests Poland will see an increase of 405,469 in end-of-life vehicle waste by 2030.

For a full report go to https://www.saveonenergy.com/uk/vehicle-waste-recycling 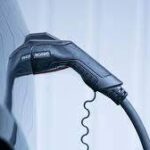 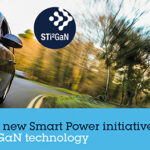 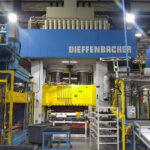 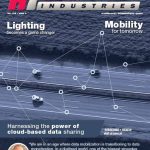 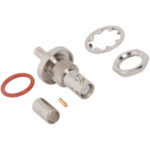