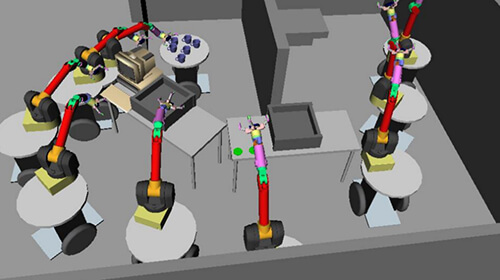 Mujin, a Japanese industrial robotics company bringing machine intelligence to robots throughout Asia since 2011, has established US-based Mujin Corp. and opened its first office in North America. Located in Sandy Springs, north of Atlanta, the office will house the company’s expanding engineering, sales and support staff, including Mujin co-founder and Mujin Corp. CEO Ross Diankov. The office will serve as a hub for expanding the company’s multi-award-winning solutions into the U.S.’s burgeoning logistics automation market.

Mujin’s flagship product, the Mujin Controller, offers the first all-purpose intelligent robot control system. It uses real-time perception, motion planning and universal control to create robots that can handle complex logistics tasks that were previously not possible by making the system deployment faster, reliable and more affordable, and without the need for coding or “teaching.” The Mujin Controller can manage any robotic application by guiding the movement of any robot arm via machine intelligence, a new and advanced category of artificial intelligence that automatically manages potential downtime scenarios through autonomous motion planning and perception without the need for human intervention.

“Companies that want to automate mundane and repetitive material-handling tasks face a myriad challenges, from the high costs of developing solutions for their difficult applications to unscheduled downtime and reprogramming costs when things don’t go as planned or when robots must be reprogrammed due to a change in product or workflow,” Diankov said. “As some of the largest companies in Asia have experienced, Mujin will bring a new wave of robotics technology to the U.S. market, with robots no longer needing to be taught how to move explicitly. Instead, the robots will already ‘know’ what they need through what we call ‘machine intelligence,’ which enables more capability and efficiency for robot picking applications that were previously impractical or difficult to deploy.”

Engineered by Mujin, “machine intelligence” is the fusion of real-time motion planning, perception, simulation, and control technologies. Unlike traditional ‘teach-based’ systems that require experts to program each movement or machine learning systems that ‘learn’ how to pick items over time, machine intelligence, enables the Mujin Controller to give a robotic system real-time decision-making capability that allows truly autonomous, reliable and production-capable robot applications.

With Mujin Controller, users begin by modeling the environment and setting relationships between the robots and target objects in a high level. The system then allows the robot to safely perform tasks by offering high-level goals without explicitly telling the robot where to go or how to move.

“With the robot motion now computed in real time without human intervention, the system must understand the intuitions behind completing tasks and then positions them in a way that enables the robot to dynamically adapt to changing circumstances,” Diankov added. “With the mindset of machine intelligence, Mujin makes every robot more capable, efficient and reliable, and allows robots to perform practically any application with optimum efficiency.”

Mujin will showcase robotic palletizing with autonomous mobile robot (AMR) pallet transport at Pack Expo (booth SU-7233) in Las Vegas, September 27-29. The showcase will include a Mujin gripper capable of handling cases, slip sheets, and pallets to build multiple pallets into a single stack.  Once the palletizing operation is complete, AMRs will deliver the full pallet to the pallet break down area. AMRs will also bring empty pallets and slip sheets to the work cell.  The robot arm is equipped with 3D vision on the gripper to find the position of the pallets and slip sheets for the robot to pick. With Mujin’s perception and motion planning capabilities, robots can autonomously perform these types of applications without added complexity.

The company and its technologies have earned 19 innovation awards in Asia since 2016, including:

Mujin, a Japanese industrial robotics company, develops “machine intelligent” robot controllers that are designed as a common platform for industrial and collaborative robots specializing in logistics and other pick-and-place applications. Launched in Tokyo in 2011 with offices in China and operating in the United States at Mujin Corp., Mujin works with many of the world’s largest companies to make material handling applications easier to deploy, more accurate and less costly. The company’s flagship product, the Mujin Controller, uses machine intelligence technology to give robotic systems real-time decision-making ability that enables truly autonomous, reliable and production-capable robot applications. For more information, visit http://www.mujin-corp.com 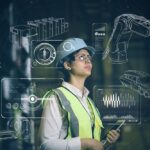 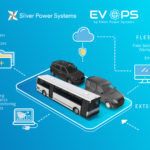 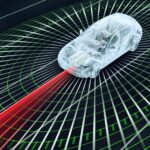 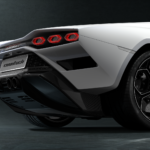 PIRELLI AND THE LAMBORGHINI COUNTACH CELEBRATE 50 YEARS TOGETHER