“Samsung’s reinforced lineup of memory solutions will act as a major
catalyst in further accelerating the shift toward the ‘Server on Wheels’
era.”

“With the recent proliferation of electric vehicles and the rapid
advancement of infotainment and autonomous driving systems, the
semiconductor automotive platform is facing a paradigm shift. What used to
be a seven to eight-year replacement cycle is now being compressed into a
three to four-year cycle, and at the same time, performance and capacity
requirements are advancing to levels commonly found in servers,” said Jinman
Han, executive vice president and head of Memory Global Sales & Marketing at
Samsung Electronics. “Samsung’s reinforced lineup of memory solutions will
act as a major catalyst in further accelerating the shift toward the ‘Server
on Wheels’ era.”

Advanced features in infotainment systems such as high-definition maps,
video streaming and 3D gaming, together with the growing use of autonomous
driving systems, have been driving the demand for high-capacity,
high-performance SSDs and graphics DRAM throughout the automotive industry.

In 2017, Samsung was the first in the industry to introduce UFS solutions
for automotive applications. Today, the company is well-positioned to
provide a total memory solution with the new automotive SSD and GDDR6 DRAM.

Samsung’s 256GB BGA SSD controller and firmware are developed in-house for
optimized performance, offering a sequential read speed of 2,100 megabytes
per second (MB/s) and a sequential write speed of 300MB/s, which are seven
and two times faster than today’s eMMC, respectively. Furthermore, the 2GB
GDDR6 DRAM features up to a 14 gigabit-per-second (Gbps) data rate per pin.
Such exceptional speeds and bandwidth will support complex processing of
various multimedia applications as well as large amounts of autonomous
driving data, contributing to a safer, more dynamic and more convenient
driving experience.

In addition, Samsung’s new automotive solutions meet the AEC-Q100
qualification — the global automotive reliability standard — allowing them
to operate stably in extreme temperatures ranging from -40°C to +105°C,
which is an especially crucial requirement for automotive semiconductors.

Recently, sensor deployment in autonomous vehicles to continuously monitor
immediate surroundings has been increasing, and high-speed processing to
interpret and predict this data for safer driving is becoming critically
important. By introducing automotive memory solutions previously championed
in servers and AI accelerators, Samsung is helping to pave the way for safer
autonomous driving.

Samsung inspires the world and shapes the future with transformative ideas
and technologies. The company is redefining the worlds of TVs, smartphones,
wearable devices, tablets, digital appliances, network systems, and memory,
system LSI, foundry and LED solutions. For the latest news, please visit the
Samsung Newsroom at news.samsung.com. 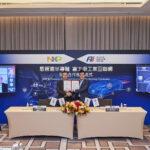 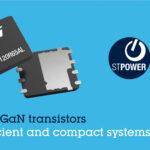 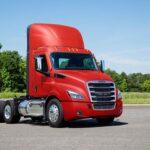 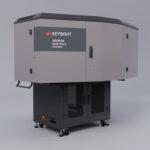 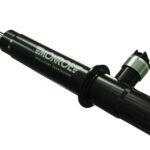