Once again, Detroit has proven its inability to sell cars in Japan while the Japanese continue to export a record number of vehicles. Sales of American-built cars, trucks and vans in the Japanese market dropped 8 percent to 31,151 units last year, the lowest level since the early 1990s, while exports of Japanese vehicles to the U.S. rose 15 percent to an 11-year high of 1.8 million. In unit terms, exports outpaced imports by nearly 60:1.

Meanwhile, Japan’s automobile trade surplus with the U.S. rose 20 percent in value terms to $36.6 billion. Including components, the amount approached $45 billion, reminiscent of the bloated levels of the mid-1990s.

Against this backdrop, European carmakers outsold their American rivals by a factor of 5:1, this coming despite a strong euro. Once again, German makes led the pack with sales of 108,767 units, though Volkswagen, Mercedes and BMW, the “big three” of imports, all export cars from plants outside of Germany.

While German-made vehicles fell 10 percent (1 percent in value terms), imports from Belgium, Britain, France, Italy and South Africa all registered growth in both units and value. Following Germany was the U.S., Britain, South Africa and Sweden.

On the export side, Japan registered growth to all major regions and most major country markets.

This article was provided exclusively to Automotive Industries by J•REPORTS, a new information service offering in-depth coverage of automotive technology based in Tokyo. For additional information about this and other studies and prices, contact jreports@attglobal.net 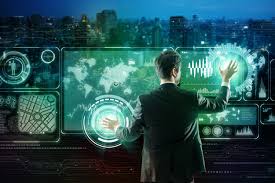