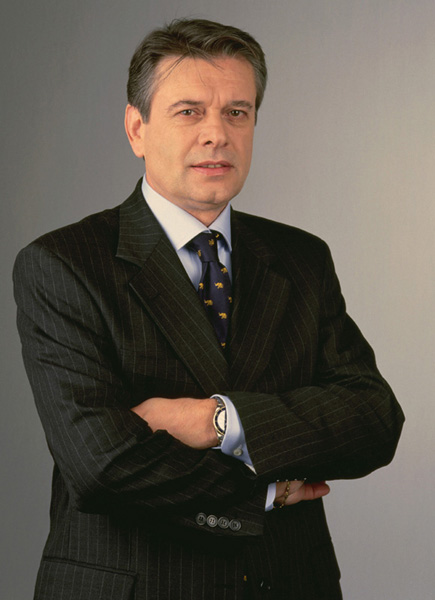 â€œWe have a global partnership program and a purchasing strategy instead of a global sourcing approach.â€ – Gianni Coda, President, Worldwide Purchasing, Fiat Auto.

In September 2005, under the leadership of Gianni Coda, President of Fiat Worldwide Purchasing the company embarked on its new supplier program. This was a turning point for the Italian car manufacturer which then began shifting its focus from global sourcing to global partnerships.

According to the Fiat Group, global partnerships involve identifying and strengthening strategic suppliers and at the same time pursuing a supplier management program approach for building long-lasting relationships. It also looks to implementing joint global sourcing strategies. According to a report by the Ca’Foscari University of Venice, purchasing costs represent over 70 per cent of the total manufacturing costs of a vehicle. â€œThis implies that the purchasing function has a strategic relevance in the automobile industry,â€ says the report.

Sustainability and good corporate governance form part of Fiat’s purchasing policy. This is shown in the 2005 Sustainability Report.

According to the Economic section, over 80% of Fiat’s purchases are from ISO 14001 certified companies. This certification is an important indication of a company’s waste management standards. As Business Ethics is important to Fiat, suppliers are selected according to their ability to share in with Fiat’s Compliance Program and Code of Conduct.

Automotive Industries (AI) How is globalization affecting the relationship between Fiat and its suppliers?

Coda: Today we have a global partnership program and a purchasing strategy instead of a global sourcing approach, which solves many of the challenges of global purchasing. Establishing a partnership with suppliers means to offer them several tools, like integration in platforms at international level which allow a better standardization on a worldwide basis, or interfunctional teams which include all involved parties from suppliers to final customers.
There are suppliers leaders in their field that can offer a competitive advantage and they can’t limit themselves to just one customer. Different is the relation to local suppliers which for several reasons (maybe only logistic, due to the size of the components) have to be physically close to the customer.

This new approach based on partnership speeds up all processes. We have gained momentum and the market is acknowledging this change. Our purchasing joint venture with GM was fine at the beginning but later it proved to be far from the needs of a fast changing environment.

AI: Do you have a different procedure in purchasing technically sophisticated components than more simple parts?

Coda: We use the same procedure, we build up our global partnership with suppliers like Lear, TRW, Johnson Controls, Autoliv, Delphi, Bosch, Valeo and Magna and whether it’s a co-design part or an already designed part, we plan it as part of our global purchasing partnership strategy.

The approach for co-design part or an already designed part may be different but the process is the same.

AI: What is the supplier footprint on your organization? Is there a tendency to assign more responsibility to the suppliers in the future?

Coda: We are looking at more standardized parts within our platforms according to a specific strategic search of both the commodities and the suppliers who produce and supply them. But we make a strategy for all our parts and with key suppliers. Generally, I wouldn’t speak of a shift of responsibility. It’s rather a process of integration and rationalization based on shared and clear common objectives

In the next issue Nick Palmen continue AI’s discussion with Gianni Coda looking at the strategy to invest Fiat’s more than US$ 30 billion purchasing budget in Europe, USA, Latin America, South Africa, Morocco, India and China.

Fiat is counting down the days to the launch of the new Fiat 500, which is an extension of Fiat’s partnership philosophy.

A special communications project has been created; known as â€œ500 wants youâ€. The interactive multimedia platform uses the Web and extends to other means of communication, with the sole objective of involving the public in the design of the car. Fiat describes the â€œ500 wants youâ€ campaign as a â€œhuge online laboratory, where users can discover the stylistic concept of the new car for themselves, expressing their preferences, proposing ideas and contributing to its creation, in a combined, active manner, for the first time ever.â€ The www.fiat500.com site has been collating the contributions and expectations of the public, which are being assessed and may contribute to the final look and feel of the car.

Fiat says over 130,000 ideas for configurations, accessories and customisation for the new model have been collected through the Concept Lab. And over 17 proposals for the homepage have been submitted, as well as 370 â€œFaces for the 500â€, a game inviting people to associate a facial expression with a chosen part of the 500.

Fresh ideas and the introduction of exciting new models to the Fiat Auto range have contributed to strong growth in new vehicle sales..

Since his appointment in 2004 as CEO of Fiat Auto, Sergio Marchionne has been on a mission to overhaul all divisions of the Italian auto maker. He introduced a new purchasing and production strategy focusing on partnerships and alliances, which allows for the risks and costs of developing new models to be shared.

Currently, the company has an alliance with Ford Motor Company to develop the new Cinquecento â€“ an upgrade of the iconic miniature Fiat 500 of 40 years ago. Ford will use the platform from the Cinquecento for its new generation of Ka’s.

Other alliances include Peugeot of France, Severstal of Russia, Suzuki Motor Corporation of Japan and Tata Motors Ltd. Of India.

Marchionne’s aggressive campaign has proven successful thus far, with the Punto small car earning the company a welcome profit for the fourth quarter of 2005 after more than four years of quarterly losses. The company expects to sell 360,000 units of the Grande Punto this year.
Commenting on Fiat Auto’s UK performance, managing directory Giulio Salomone, says â€œObviously we are delighted that UK customers have returned to our stylish new products in such an emphatic way, but we are far from complacent. The launch of new Fiat models and variants continues at speed, and next year we will see the arrival of two eagerly awaited cars from the â€˜new’ Fiat. First we shall be presenting our C-segment contender, the Fiat Bravo, and late in the year we will present the new Fiat 500, a car that re-interprets Italy’s golden and iconic age of popular motoring in a modern fashion.â€

The company plans to launch the new Fiat Bravo model in early 2007. The Bravo will host a new series of turbocharged petrol and diesel engines, including the 1.4 petrol Turbo which will be offered in two versions producing about 120 and 160 Hp.

One of the company’s latest models, the Fiat Ducato LCV went on sale in the UK on October 6. The Ducato is part of the company’s new panel van range, designed to capture a diverse market. It is available in 25 versions. Choices include a panel van, dropsied truck and crew cab truck variants, chassis cabs and a base for conversion, a nine seat Commercial Passenger Vehicle and the Combinato.
The overall interior design focuses on comfort, with a larger cab and cockpit room, manual and automatic climate control, switchgear and instrumentation ergonomics and storage practicality. Added features include a second sliding door, 270 degree rear door opening and larger door mirrors.

The Ducato is the most widely used chassis on the market for vans, camper-vans, cab-overs and motor home versions, equipping 2 out of every 3 camping cars in circulation in Europe.

Another recent addition to the Fiat portfolio is the Fiat Sedici 1.9 Multijet Eleganza. This compact 4×4 Sports Utility Vehicle (SUV) won the smaller class award in the Caravan Club Tow car of the Year 2007 Competition. The judge’s choice was based on the vehicle’s capabilities as compared to its purchase price.

The Sedici is a product of Fiat’s partnership with Suzuki, and was launched in the UK in early 2007. Versatility for a flexible lifestyle was an important focus of the design process, with the emphasis on style, space, comfort, ease of driving and price. Special importance was placed on fuel economy the with urban/extra urban combined fuel consumption at 7.1 liters per 100km.

The much-anticipated launch of the Fiat 500 is less than a year away. 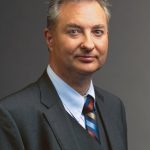 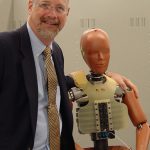 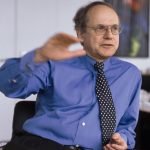 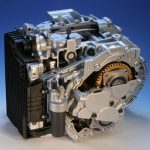 In search of the right hybrid drive