Sales of new cars and light trucks in 2007 will roughly equal the 2006 sales mark of 16.5 million, according to an economic forecast by Paul Taylor, chief economist of the National Automobile Dealers Association (NADA).

Speaking at the association’s annual Convention & Exposition in Las Vegas, Taylor reported that a strong U.S. economy and new products on the market, including a wide array of high-quality new fuel-efficient vehicles, will benefit sales throughout the year.

“Most signs in the economy and market point to another solid year for sales of new cars and light trucks,” said Taylor. “Any significant increase in sales will likely be restrained by steady interest rates, as well as a continued slowing of home mortgage refinancing,” he added.

Taylor has earned a reputation as one of the most insightful analysts of automotive sales and economic trends in the country.

Reporting on 2006 trends, he said that light trucks made up 53 percent of total light vehicle sales, even as sedans showed an increase in sales.

Crossover utility vehicles (CUVs) remain a key source of continued growth in the light truck segment, with sales rising 9.1 percent in 2006. Taylor expects that CUV sales will rise by another 8 percent in 2007.

Purchases of new full-size sedans, up 1.8 percent in 2006, and small cars, up 4.7 percent, resulted from a strong consumer demand for new sedan designs and the appeal of the relatively higher mileage that these new full sized and smaller sedans provide.

“Continued low unemployment — averaging 4.6 to 4.8 percent in 2007 — and an average of 130,000 people per month returning to work, is creating many used-car customers and a few additional new-car customers,” Taylor noted.

“Dealers will look for ways to increase used-car sales, and at least 100,000 additional used light vehicles are likely to sell at franchised new- car dealerships this year,” he added. “Used-car sales and parts and service revenue will be an important focus for dealers this year.”

Proposed CO2 Emission Targets are Arbitrary and Too Severe

By 2012, all manufacturers will have to incorporate pedestrian protection within their vehicles 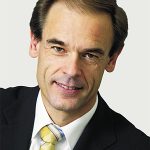