BP has joined 50/50 with a UK biofuel firm, D1 Oils Ltd, in a 2.5 million acre, $160 million program to step up production of non-food and non-cellulosic based biodiesel fuel. The new fuel source is drought resistent jatropha oil seed trees grown on wasteland with little need for water, fertilizer or pesticides.. The venture, named â€œD1-BP Fuel Cropsâ€, will expand from the current 430,000 acres owned by D1 Oils and capitalize on its â€œeliteâ€ jatropha seedlings developed by the firms’s plant science program.

According to published reports, jatropha oil seeds yield ten times more energy per acre of raw material compared with ethanol from corn and four times more compared with biodiesel from soybean oil. The planned 2.5 million acres may be increased later by 300,000 acres per year. The venture’s existing properties and plantations are in India, Southern Africa and Southeast Asia. The plan is to directly manage plantations on owned and leased land and operate through contract farming and seed purchase programs.

Available information on jatropha oil seed trees explains that experimental work for use as fuel started by India’s agricultural agency in cooperation with Mercedes which identified and demonstrated that jatropha oil seed trees could thrive in the poor soil and climate conditions of the India salt desert province of Gujarat, one of many areas in the world where most trees have been harvested leaving the soil to erode and nearly useless for food or fiber production. Jatropha trees rejuvenate the soil when their leaves drop to form valuable mulch.

Jatropha oil seed is said to be converted to bio fuel at low cost by the transesterification process (reaction of a triglyceride with an alcohol to form esters and glycerol). Mercedes road tests of diesel cars with early samples of jatropha based fuel found it to have high energy content (95% of conventional diesel fuel), high cetane and produce 50% less HC and 66% less PM emissions vs. petroleum fuel. One study reported that the cost to grow and refine jatropha bio diesel is in the range from $0.32 to $0.40/liter. The D1-BP Fuel Crops announcement indicates that a portion of jatropha biodiesel would be used locally and part exported to the EU for blending with conventional diesel fuel to meet EU requirements for bio blend percentages.

Asked about the impact of the new bio oil source on food cropland, D1-Oils Chief Executive Officer Elliott Mannis is quoted that â€œwe will use land unsuitable for arable cropsâ€. He pointed out that his firm
sees potential for jatropha biodiesel production in India, Southern Africa, Southeast Asia, Central and South America and the Philippines.

Published information indicates that India alone has 160 million acres of land classified as wasteland and another 430 million acres said to have some degree of degradation. Considering that jatropha trees, according to one estimate, are expected to produce 6.5 bbl of oil/acre/yr and the trees to last for 40 years, the world potential for biodiesel from this source may be considerable. The current $160 million investment certainly indicates the potential is large and the outlook predictable since its use as diesel fuel has already started.

Mercedes indicates an incentive for advancing jatropha biodiesel is to achieve local fuel sustainability plus jobs and purchasing power in rural areas. Jatropha’s implications will also energize debate on the current use of food crops such as corn and soybeans for fuel. If jatropha trees can be grown in Central America, it might be a factor for export to the US, if not hobbled by tariffs as

About the author: Bob Brooks is a member of the Society of Automotive Engineers and a long time automotive technology journalist covering automotive powertrains and fuels. 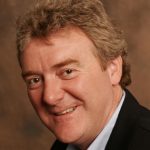 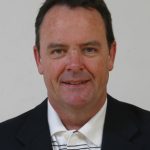 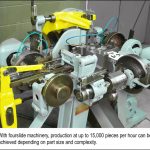 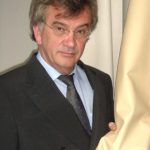 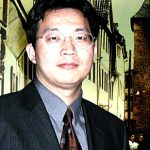 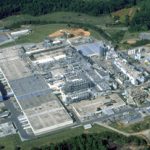