Ceram Catalysts GmbH is a key company under the umbrella of Austrian Frauenthal Holding AG. The company is especially key in the light of Euro 4 exhaust emission standards, which came into effect for commercial vehicles in October 2006.

â€œFor Porzellanfabrik Frauenthal this means entry into a new high-tech market with very good growth opportunities. Over the next three years we will be doubling production capacity each year,â€ says Frauenthal Holding CEO Winifried Braumann.

European legislation requires a further reduction in the concentrations of pollutants in the exhaust gases of commercial vehicles with a net weight exceeding 3.5 tonnes. The new limits represent reductions in NOx and particulate emission of approximately 30% and 80% respectively. The emission limits for the Euro 5 standard call for a NOx reduction of 60% relative to the Euro 3 standard and will apply to all vehicles over 3.5 tonnes with effect from October 2009. The Euro 6 standard, due for 2012, will bring still tighter exhaust gas regulations, and similarly to the current transition from Euro 3 to Euro 4/5 tax incentives, could mean that Euro 6 compliant commercial vehicles start coming on to the market as early as 2009.

All this is great news for Porzellanfabrik Frauenthal, which has increased human resources and capital to invest in expanding production. The company invested six million Euro in ramping up and automating its diesel catalyst production in order to meet customersâ€™ rapidly-growing demands. In the medium term, the requirements for partnerships with more European commercial vehicle manufacturers will be met and the product range considerably extended.

The company, which was founded in 1921, is a specialist in honey-comb ceramics. Initially, the company manufactured high voltage insulators made of hard porcelain. It was sold to the Swedish EUROC group and in 1985 started manufacturing selective catalytic reduction (SCR) catalysts. In 1990, the company was bought out by the CERAM group, which went on to become the worldâ€™s second largest manufacturer of porcelain insulators. In 2001, the insulator division was sold to American investor group The Riverside Company and Porzellanfabrik Frauenthal were taken over by Frauenthal Holding. Since then, catalysts and non-catalytic honey-combs have become the companyâ€™s main business.

AI: Does your company concentrate more on SCR diesel catalysts for commercial vehicles rather than on passenger cars? If so, why?

ZÃ¼rbig: At the moment there is only a SCR-Diesel market for commercial vehicles, but catalysts for passenger cars are being developed and tested.

AI: Do you plan to increase your product offerings to include catalysts for all vehicles?

ZÃ¼rbig: If the market requests it we will be offering catalysts for all vehicles.

AI: Recently, your contract with MAN reportedly increased â€“ is this true and if so, can you please give us details?

ZÃ¼rbig: The ongoing production of EURO 5 – vehicles by MAN leads to increasing deliveries from our side.

AI: Please explain to us the advantages of your honey-comb ceramics that are used in the SCR diesel catalysts vis a vis similar products.

ZÃ¼rbig: Our fully extruded catalyst is homogenous. That means all the catalyst volume is catalytically active vis a vis coded catalysts, where the carrier is not active.

AI: What plans does your company have regarding expanding business overseas?

ZÃ¼rbig: We will be prepared for deliveries to the US in 2010 when the SCR market will start there. We are also looking to the developing markets because there the emission limits will become stronger and stronger. The worldwide market for SCR catalysts is still in progress. 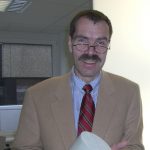 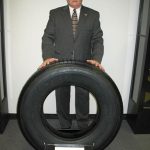 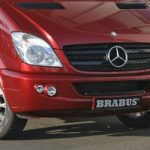 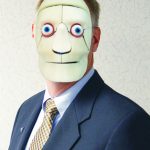