Visitors to the four-day exhibition grew by nearly 4 per cent cent from 2006 to nearly 40,000 local and international delegates. The number of exhibitors grew by 6.5 per cent, to 995. For Taiwan, which is trying to gain a foothold as an automotive hub, the success of AMPA and AutoTronics Taipei, was critical. In 2005, Taiwan’s annual production of auto parts and accessories touched US$5.3 billion. There are some 3,000 automotive parts manufacturers – the bulk of them small to medium companies. According to press reports, Taiwan’s Ministry of Economic Affairs has implemented a project to help build completely indigenous cars in the country where every part will be made in Taiwan. Companies based in Taiwan are also investing in the mainland and Southeast Asia, so “rapidly transforming Taiwan into Asia’s automotive parts and accessories design and development hub,” says TAITRA. Nearly 70 per cent of the automotive parts manufactured, are exported. In 2005, Taiwan’s automotive parts exports stood at around US$2.6 billion. Nearly 37 per cent cent of this was to the United States, with China accounting for 7.7 per cent and Japan around 5 per cent. Major exports included tires, automotive lamps and bumpers. The Taiwanese government is trying to leverage the country’s information technology infrastructure to help boost the production of value-added automotive components.

Taiwanese companies like BenQ, ASUSTeK, and Hon Hai are now supplying automotive electronics to original equipment manufacturers. This has led to TAITRA and TEEMA deciding to hold the AMPA and AutoTronic exhibitions concurrently. AMPA (2008) will be held between April 9th and 12th alongside AutoTronics Taipei 2008. The new Nan-Gang Exhibition Hall, which opens next year, will have double the space of this year’s venue – the Taipei World Trade Center (TWTC). The Nan-Gang will host AMPA 2008 while AutoTronics Taipei 2008, will be held at the TWTC. “I’m really happy to say that this long-lasting problem of crowdedness will be solved when the Nangang Exhibition Center opens. This new 47,000-square-meter venue brings together the latest in services and facilities, and is located just 15 minutes away from where we are today,” says Walter Yeh, executive vice president of TAITRA.

At the 2007 AMPA and AutoTronics shows, there was lots of interest in Taiwan’s ICT industry. This year’s show attracted 4,214 international visitors and 39,197 local visitors. The largest buyer representation by nation was from Japan at 31.25 per cent, or 889 people. This was followed by the United States with 14.73 per cent, China with 9.63 per cent, Malaysia with 9.56 per cent and Korea with 6.85 per cent.

More than 50 international buyers took part in 300 one-on-one procurement meetings. According to Yeh, this is because Taiwan has emerged as a global procurement and supply center in the industry, providing Asian manufacturers with a platform to introduce their newest products to the rest of the world. “Show surveys conducted by TAITRA indicate clear trends and market segments for Shanghai Auto Parts Show, Taipei AMPA, and AutoTronics Taipei. Buyer’s held AMPA in much greater regard than the Shanghai Auto Parts Show since they highly value products design, innovation, and quality,” say the show organizers. 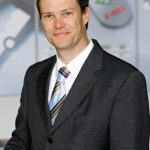 Schaeffler on the Automotive Aftermarket