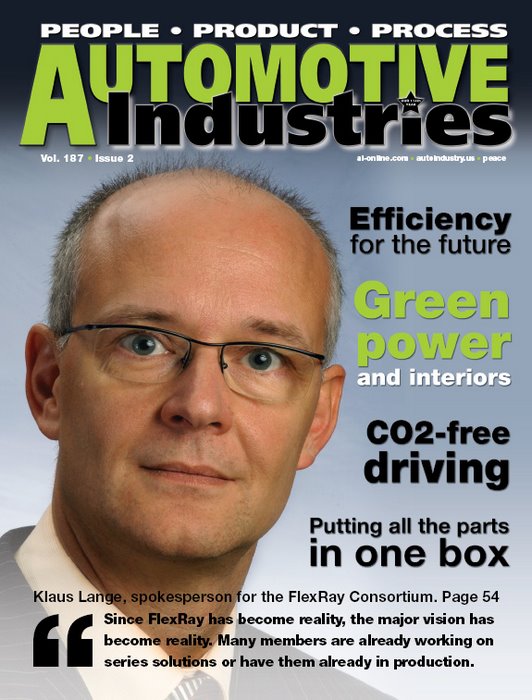 A few months ago, the Philips-founded semiconductor company NXP, launched the first transceiver that passed the FlexRay Physical Layer Conformance Test. The transceiver, called the TJA 1080A will allow carmakers to introduce advanced features relating to safety and comfort on a vehicle’s communication system. The TJA 1080A, will provide a car’s communication system to remain secure on the Flex

“The TJA1080A transceiver addresses car manufacturers’ need for faster, fault-tolerant communication systems which are flexible and scalable. Compliance to the FlexRay Physical Conformance Test is an important step in the proliferation of the FlexRay standard in the automotive industry. For our customers, this step means faster development times and fewer issues in production later. NXP is currently the only semiconductor supplier that can provide full compliance in a FlexRay solution that meets the industry standard,” said Rob Hoeben, FlexRay marketing manager at NXP.

An open standard for high-speed bus systems for distributed control applications in automobiles is the reason why the FlexRay Consortium was formed in September 2000.

Since then, the consortium has grown to include the automotive industry’s largest and most influential players including core partner companies like BMW, DaimlerChrysler, Freescale Semiconductor, GM, NXP Semiconductors, Robert Bosch and Volkswagen.

“The vision is to see FlexRay as the backbone of the vehicle communication infrastructure. There should be further extension to more control units, partially replacement of CAN. The role of the consortium will be the extension to new application fields by the development of new features, lower maintenance, and realizing cost reduction potential. Our focus is on compatibility and supporting the single standard,” said Claas Bracklo, FlexRay Consortium spokesperson and head of hardware and software components at BMW, in an earlier interview to AI.

“Now automotive manufacturers can benefit from a common standard across regions and across their own vehicle platforms, which simplifies design, production and ultimately reduces costs. With the conformance tests in place, carmakers around the world can begin using the FlexRay standard in their new vehicle platforms, bringing advanced safety and comfort applications to consumers for improved performance, while differentiating through these new applications,” explained Bracklo, during the launch.

For mass production, all products must pass the conformance tests and be certified as compliant to the FlexRay V2.1 standard. The FlexRay V2.1 protocol operates at 10Mbit/s and is set to work in an environment for safety relevant systems, such as active braking and x-by-wire applications. “FlexRay has become the carmakers’ favoured protocol for advanced control applications due to its time-triggered operation and fault tolerance providing reliable, on-time delivery of messages. It is a flexible system allowing for a large freedom of network topologies comprising passive bus and active star topologies as well as a large variety of mixed topologies. It offers over 20 times more net bandwidth than CAN, the bus used in existing chassis and powertrain applications,” says a statement in a FlexRay press release.

Automotive Industries spoke to Klaus Lange, spokesperson for the FlexRay Consortium and head of networks and diagnostics at Volkswagen.

AI: How have FlexRay V2.1 Protocol and Physical Layer Conformance Tests helped the progress of the consortium?

AI: Apart from NXP, which other companies are working on products that require a conformance test?

Almost all major semiconductor companies are members of the FlexRay consortium and are working on products such as FlexRay controllers and FlexRay transceivers.

You can find a list of the FlexRay Members on the FlexRay homepage in the internet. Among others there are Freescale, besides NXP also a Core Partner, Fujitsu, TI, Elmos, AMS and Infineon

AI: How has the FlexRay consortium grown in the recent past?

In 2007 16 additional companies have become a member and in 2008 10 further companies have joined so far. So we are very happy with the development of the number of members.

AI: How would you describe the future vision and objectives of the consortium?

So the objective is to stabilize the specification set with the version 3.0 and to finish the conformance test specification version 3.0 in order to provide stability for our members. No further versions are scheduled so far.

AI: What are some of the current challenges facing the consortium?

The major challenge is the completion of the specification release 3.0 by the end of 2008. In 2009 we want to complete the conformance test specifications. For these planned activities the consortium has planned to continue in 2009 under the basis of the present agreements.

AI interview with Patrik Wohlhauser, member of the Management Board of Evonik Degussa